'You see this in the movies': How small town reacted to Cleo Smith rescue

A pink bouquet and balloons sit in the heart of a small coastal Western Australia town, where locals are still reeling from the “amazing” rescue of Cleo Smith.

The four-year-old’s home town of Carnarvon, 900km north of Perth, is celebrating after she was found early Wednesday morning following a frantic 18-day search.

Leticia Andreoli said her son, who is a schoolmate of Cleo, didn’t understand at first that his little friend had been found.

Another local, Naomi Knoll, said “everyone in town is so happy”.

“It’s a happy day. It’s a good day for Carnarvon,” she said.

Some businesses were giving out free coffee and cakes to help spread the joy.

“But the way the community has come together and conducted themselves has been wonderful.”

Little signs of the relief people are feeling over Cleo’s safe return to her family are everywhere.

Today it was flooded with messages such as “The country cried with you this morning Ellie and Jake”, “Safe in your Mummy’s arms, I bet she won’t ever let go of you”, and “Welcome home princess”.

He printed more than 15,000 “Find Cleo” bumper stickers and signs at his factory as the 18-day search continued.

“The word got around quick and I hope that was part of the outcome,” a “very relieved” Mr Kempton said.

Church of Christ Carnarvon pastor Brendon Law-Davis said it was “a great day to celebrate.”

Up the road from Carnarvon at the Wooramel Roadhouse, a previously sad poster now has a poignant message. 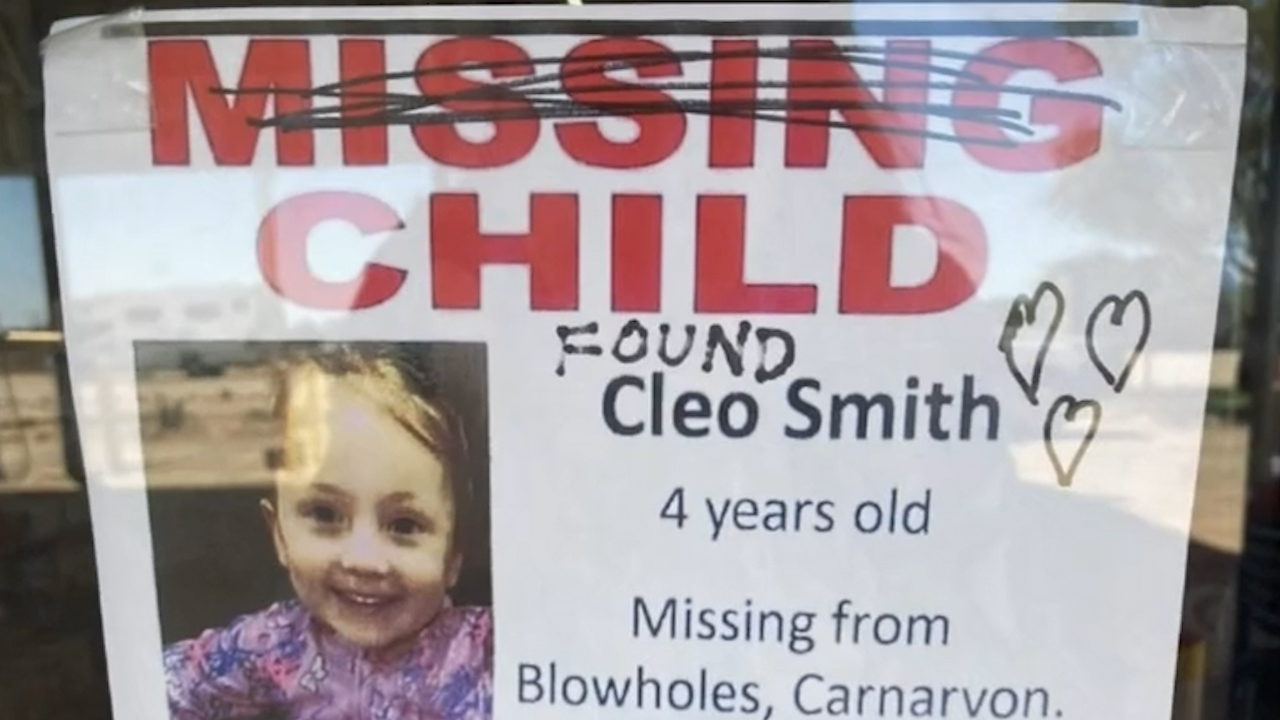