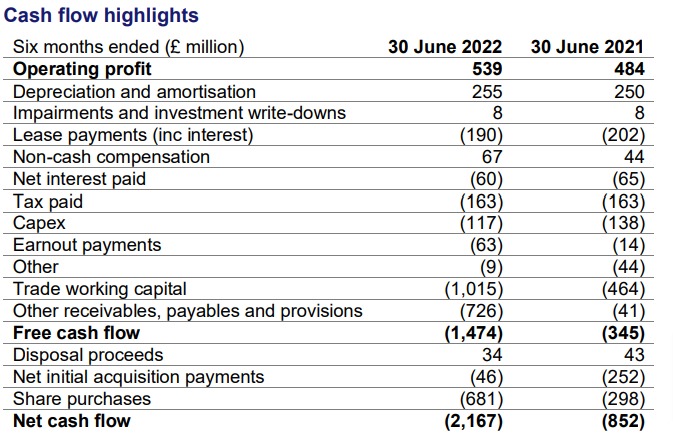 Reported billings were £24.6 billion (AU$42.9 billion), up 5.1%, and up 3.9% like-for-like. Reported revenue from continuing operations was up 10.2% at £6.8 billion (AU$11.86 billion). Revenue on a constant currency basis was up 7.2% compared with last year. Net changes from acquisitions and disposals had a negative impact of 1.5% on growth, leading to a like-for-like performance, excluding the impact of currency and acquisitions, of 8.7%. WPP expects continued growth in the second half. Mark Read, chief executive officer of WPP, said: “We have enjoyed a strong first half, with broad-based growth across our creative, media and public relations businesses. This reflects the improved competitive position of our creative businesses, with their growing capabilities in commerce, experience and technology, our continued strength in media and the resurgence in demand for strategic communications advice from our public relations agencies.

“Our services are business-critical – driving growth, building brands, innovating and helping clients navigate an increasingly complex marketing environment. As major advertisers
increasingly look to integrate their marketing investments, we are well positioned to serve the world’s largest companies, demonstrated by our success with Coca-Cola, which we are now onboarding at pace. The second quarter saw significant assignment wins from Audi, Audible, Danone and Nationwide. “Our clients are continuing to invest in WPP’s services, which reflects our attractive industry exposure in technology and healthcare, our broad global footprint, and the importance of what we do for their businesses. The actions we have taken over the last four years leave WPP much better positioned with a more uncertain economic environment ahead.”

In Asia Pacific, Latin America, Africa & the Middle East and Central & Eastern Europe, like-for-like revenue less pass-through costs was up 9.8% in the first half and up 8.0% in the second quarter. Latin America was the strongest region, with continued double-digit growth led by Brazil. Asia Pacific also grew, with sustained momentum in India offsetting a weak China performance, which has been impacted by ongoing lockdowns.

Client demand strong across most segments and regions

H1 headline operating profit margin 11.6%, down 0.5pt on prior year as expected, as a result of higher personnel costs and a return to business travel

Investing for growth: enhancing our data capabilities through Choreograph and launch of Everymile, direct-to-consumer ecommerce offer

Further simplification to enhance offer to clients: creation of EssenceMediacom and Design Bridge and Partners