The Quiet Girl: This small, perfect and very moving film reminds us of the power of storytelling

Streaming struggles: Why countries have banned these major releases

From Barbie to Babylon: The ‘brash and bold’ faces of Margot Robbie

September movie guide: Aladdin for adults, Avatar, a Bowie odyssey and horror with a smile

Jordan Peele is Hollywood’s most inventive horror voice. It’s a shame Nope is a backward step

‘A reinvention of Bond’: The list of potential 007s to play the iconic role has taken a dramatic turn

Time to get serious! Major awards show gets a host as controversial Golden Globes set for big return 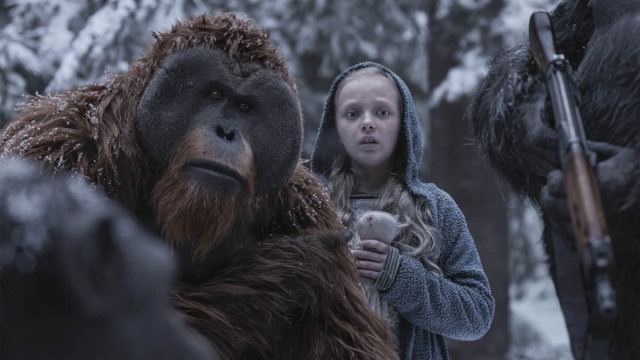 The latest Planet of the Apes blockbuster film will be produced in Sydney, creating hundreds of jobs and injecting millions of dollars to the harbour city.

Production has reportedly already begun on the film at Moore Park’s Fox Studios, which have been rebadged as Disney Studios Australia.

The Moore Park complex was most recently the home of Marvel’s Shang-Chi and the Legend of the Ten Rings and Thor: Love and Thunder.

Federal Arts Minister Tony Burke announced 20th Century Studios’ Kingdom of the Planet of the Apes will receive $17 million in support from the Australian government, as well as funding through Screen NSW’s Made In NSW fund.

The production will create more than 400 local jobs, inject more than $128 million into the Australian economy and use the services of more than 1000 local businesses.

Mr Burke said the funding was part of the government’s commitment to supporting Australian screen workers.

“This production will support jobs and give our leading digital and visual effects workers the opportunity to showcase their talents to global audiences,” he said on Monday.

“Having a small part of the Disney universe right here in Australia is a significant boost to our local industry,” he said.

“Wicked is a global sensation that has played to more than 60 million people in 16 countries, which will draw tens of thousands of musical lovers to the Harbour City and will coincide with its 20th anniversary on Broadway,” he said.

Mr Franklin said the announcements showed the NSW entertainment industry was again open for business after a tough couple of years.

“These announcements send such a strong message about how vibrant and alive the arts and culture is here in Sydney,” he told radio 2GB on Monday.

“We are really looking forward to an amazing summer of events happening.”

The post Work begins on <i>Planet of the Apes</i> blockbuster in Sydney appeared first on The New Daily.