Business has been swift this week for Oscar Chen, the fourth-generation owner of the Liang Xi Hao restaurant in central Taipei.

The tables at his diner in the Taiwanese capital are buzzing with customers, waiters bustle with dishes of squid soup and rice noodles, and talk and laughter fills the air.

Chen considers himself lucky. Taiwan is allowing restaurants like his to remain open despite a wave of COVID infections – hitting more than 60,000 cases on Thursday alone -sweeping through the island.

READ MORE: The problem with 'no refund on sale item' signs

Things might have been so different. Until recently the island had taken a zero-tolerance approach to the virus: Chen's business was shut for more than two months during the last major outbreak in May 2021, dealing a blow to his employees – and his bottom line – that left him "heartbroken."

"We were lucky to have survived and moved on from it," he said.

But since then, the Taiwanese government has had a profound rethink. What was until recently one of the world's last zero-COVID holdouts has now switched its mindset to living with the virus – prompted by the realisation that even the toughest contact-tracing and quarantine regimes are no match for the highly transmissible Omicron variant, as demonstrated by the chaos playing out across the Taiwan Strait in China.

For Chen, it's a welcome shift that has ensured his business can continue relatively unaffected by the outbreak. While he remains concerned about the virus, he believes the best approach is to learn from other east Asian economies – such as Singapore – that have managed to navigate similar changes in mindset.

"I think we need to overcome our fears, and tread carefully step by step," he said.

A tale of two cities

Taiwan's reopening is in stark contrast to Shanghai. There, in a desperate effort to cling to its zero-COVID ideals, China is resorting to ever more stringent measures in an attempt to rein in an Omicron outbreak that has infected hundreds of thousands of people.

Many neighbourhoods in Shanghai, where there is a sizeable Taiwanese community, have been locked down for weeks.

READ MORE: Putin's worst nightmare about to be two hours from his hometown 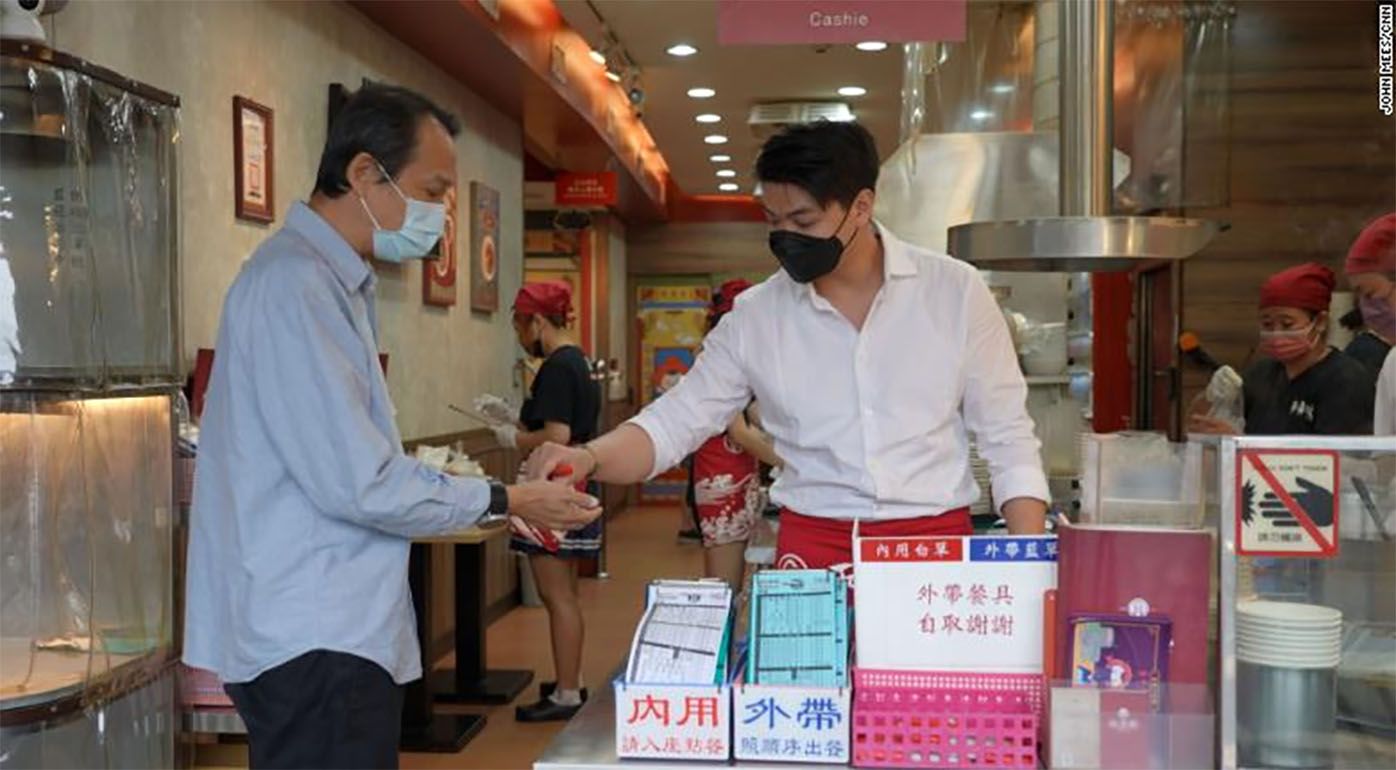 Chaotic scenes of angry confrontations between Shanghai residents and police officers trying to force people into quarantine have received widespread coverage in Taiwanese media, helping to sway public opinion on the island by offering a pointed reminder of the sacrifices required by zero-COVID policies.

It's a contrast not lost on Chen, whose brother lives in Shanghai.

"It is really tough for him. We don't discuss it on the political front, but my brother has been under quarantine for 45 days without being able to leave his home. At least he can still order takeaways — in some neighborhoods people can't and they have to wait for the government to send supplies."

Taiwan's reopening furthers isolates China as perhaps the last major economy in the world to still be following a zero-COVID policy. Even Hong Kong, which had long clinged to the model in an effort to reopen its borders with the Chinese mainland, has been loosening its restrictions after a recent Omicron-driven wave sent its death rate per capita rocketing at one point to the highest in Asia.

That sense of increasing isolation is likely only to add to the backlash against the policy in Shanghai, and other locked down Chinese cities, where frustration is growing at what seems like a never-ending fight. Even as the policy puts the brakes on the country's economy, Chinese leader Xi Jinping has scotched any suggestion of a let-up, pledging to "unswervingly" double down.

Taiwan's move to reopen is driven in part by a desire to avoid exactly the sort of scenes playing out in Shanghai – described to reporters last week by Taiwan's Premier Su Tseng-chang as "cruel" and not a model for Taiwan to follow.

It is also reflects a recognition that the dawn of Omicron variant left zero-COVID economies with a choice: either double down like China on ever more stringent measures or use the opportunity afforded by high vaccination rates to open up.

Last month, President Tsai Ing-wen chose the latter, announcing Taiwan would focus on ensuring normal lives for its residents as much as possible, rather than aiming for zero infections.

READ MORE: Everything you need to know about early voting 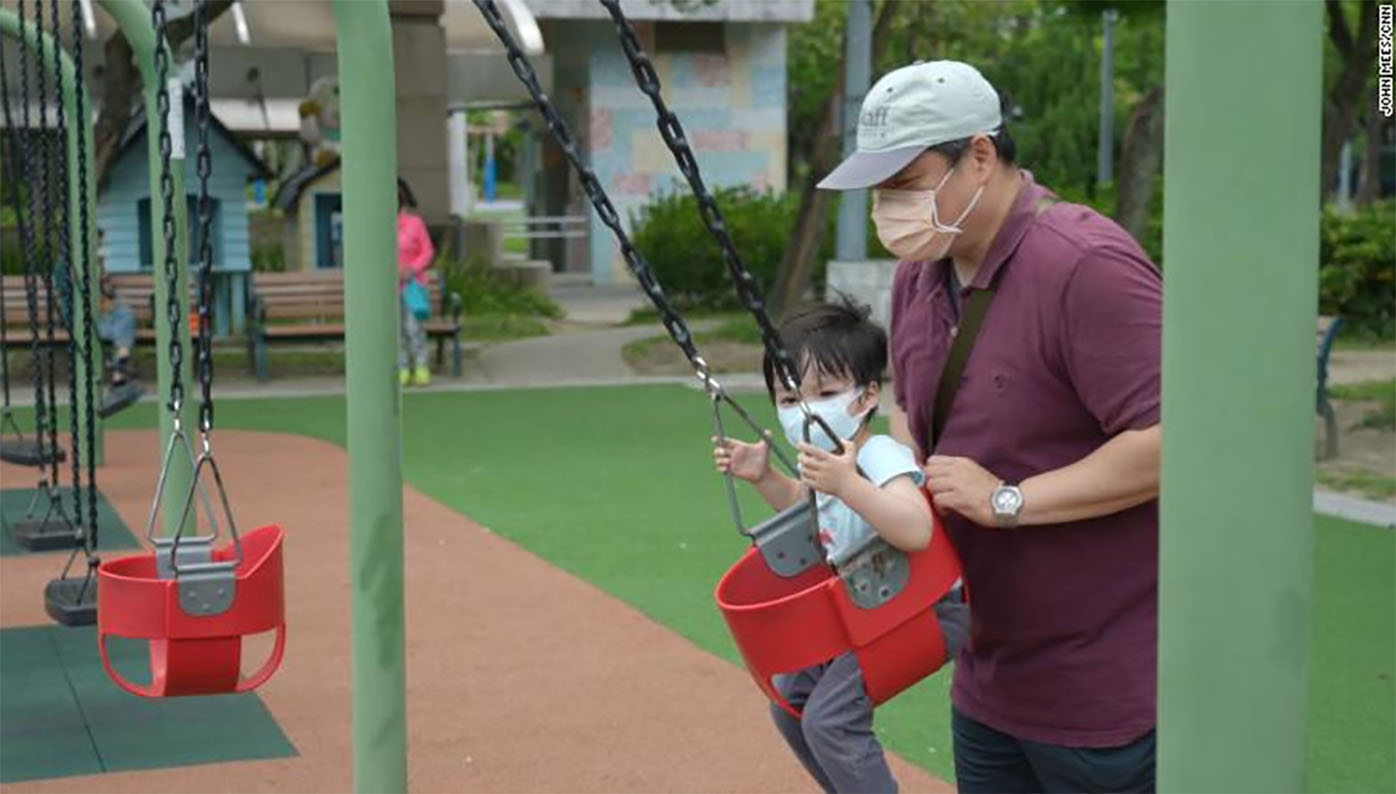 Ironically, it is the freedom the island enjoyed during its long period of zero-Covid that made that choice inevitable, said Chen Chien-jen, who served as Taiwan's vice president between 2016 and 2020.

"In the last two years, people enjoyed a very free life here – they lived normally and went to work normally. So we don't like city lockdowns or mass testing, and we don't think it is useful to control the spread of the virus," Chen said.

Instead, said Chen, who is now an epidemiologist at Academia Sinica, the milder variant had presented an opportunity as it has "a very high infectivity, but quite low rates of severe cases and deaths" among vaccinated populations. To date, 18.8 million Taiwanese, or 79 per cent of the population are fully vaccinated with two shots, according to University of Oxford's Our World in Data project."

"(Taiwanese people) saw the lockdown situations in Shanghai, Zhengzhou, and Beijing, and we don't consider it really necessary to use city lockdowns to contain the Omicron variant. It is very difficult, a mission impossible."

Chen said Taiwan should now focus on increasing the coverage of COVID-19 boosters, as well as increasing the distribution of antiviral drugs and rapid diagnostic kits to the community.

The government's decision has been popular. Most residents who spoke to CNN said they felt Taiwan's new COVID-19 approach was preferable to the strict lockdown measures imposed in mainland China.

Jeff Huang, a Taipei resident who lived in mainland China for a few years, felt it was not feasible to eradicate the virus.

"If we still had harsh restrictions like in the (Chinese) mainland even after vaccination, it would be very painful and there would be no point in getting the vaccines," he said.

A beacon of hope?

But if Taiwan's approach is partly driven by a desire to avoid a Shanghai-like fate, there are also optimists who wonder if it could have an effect in the opposite direction – providing hope to locked-down Chinese cities that there is indeed a way out of the zero-COVID corner. 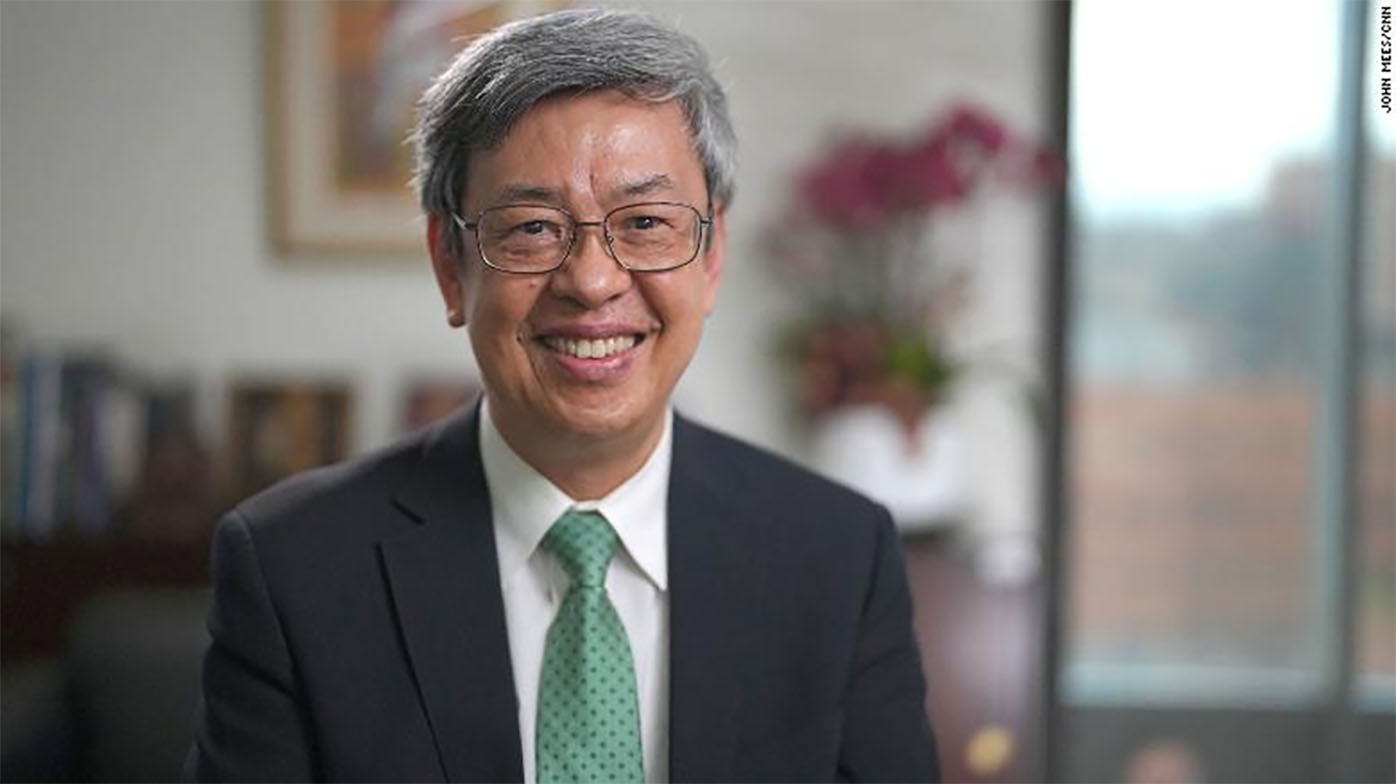 Chen Chien-jen, who as vice president had led Taiwan's early Covid-19 response, said many Taiwanese people were initially skeptical of abandoning the elimination strategy because it had been successful for so long in maintaining a low rate of community transmission.

Taiwan had previously experienced only one major outbreak of Covid-19 – in May last year. That time it banned in-person dining, closed entertainment venues, and suspended schools to control the spread. It then managed to keep case numbers at zero or close to zero until as recently as March 15 this year.

But as the latest outbreak grew, Taiwanese people realised that with a less severe variant and high vaccination levels the island could afford to live with it.

The rewards are clear to see. Quarantine for overseas arrivals has been cut from 14 to seven days. The mandatory scanning of QR codes before entering restaurants and shops has been scrapped. Close contacts of confirmed patients are now required to quarantine for just three days.

There is another benefit, too: no longer fighting a futile battle. As Chen put it: "We can see that zero-COVID policy can never reach the goal of totally eliminating the virus in any country."

Still, not everyone is convinced Taiwan is fully prepared to move on.

Since the beginning of May, as case numbers spiked, long queues have formed in front of pharmacies across Taipei daily as residents scramble to purchase rapid test kits. Many leave empty handed despite queuing for hours.

The Health Ministry has said those without COVID-19 symptoms must first test positive on a rapid test if they are to be eligible for a more accurate PCR test, which has only heightened demand.

The difficulty of purchasing the test kits has prompted some residents to complain about the authorities' lack of preparedness.

"It would have been better for residents to (be prepared) before we moved towards living with the virus," said a mother surnamed Hsueh, who has a 3-year-old boy.

"Many families still do not have adequate access to rapid test kits."

Other parents fear their children, who are still not eligible for vaccination in Taiwan, are vulnerable. 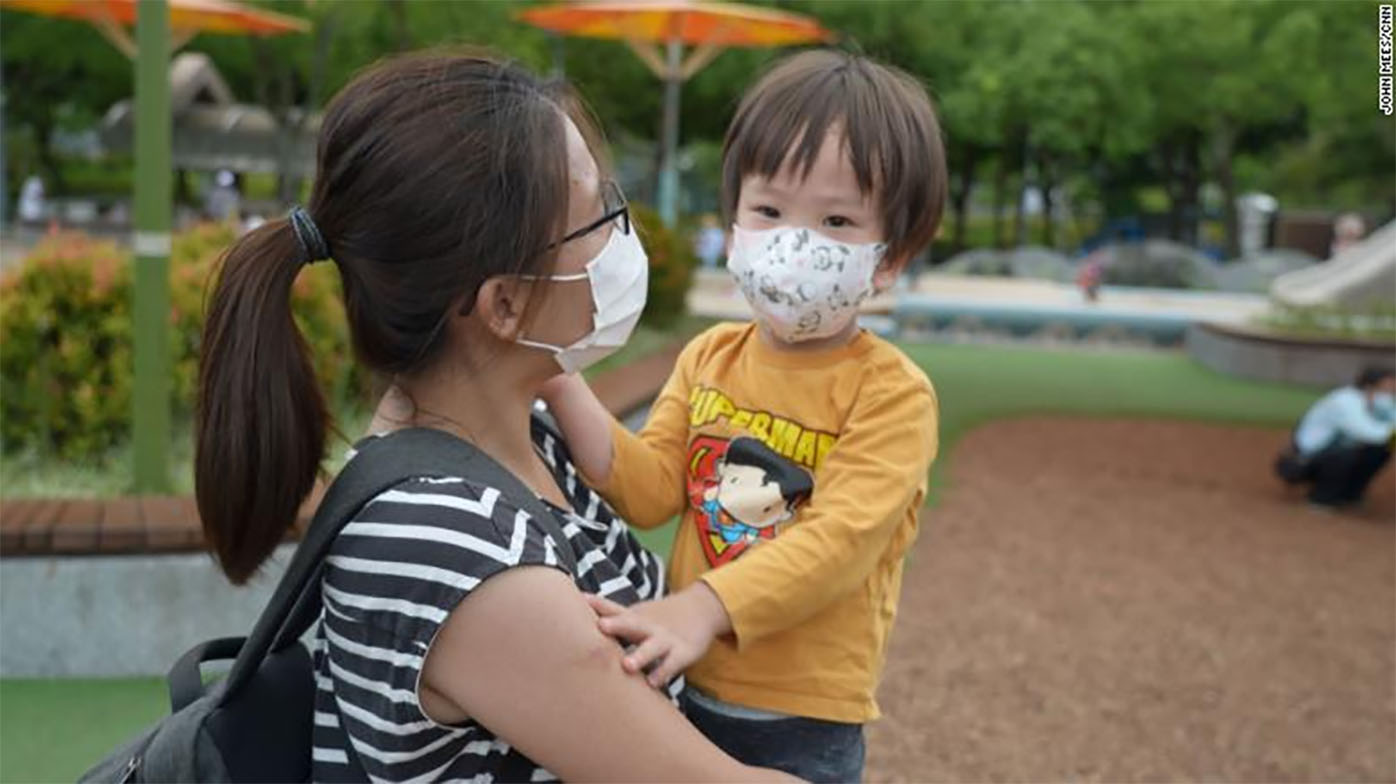 "I feel like the government has not considered children in their move toward living with the virus," said another mother surnamed Chang, whose two children are in kindergarten.

"I am worried… I have avoided taking my children to indoor playgrounds, and I only take them to parks when there are fewer people."

"Right now, there are changes to the rules every day or two," Hsueh said. "It can be really confusing, and it is better to have a plan."