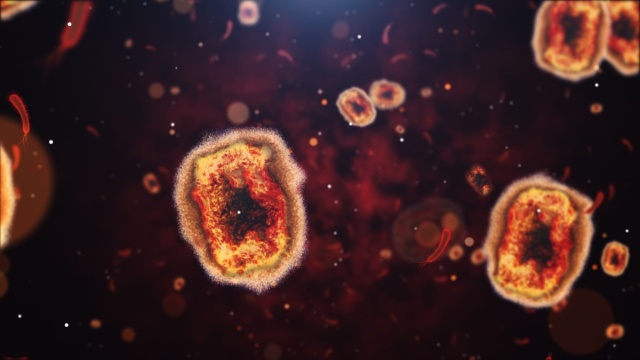 The World Health Organisation is meeting to decide if the spread of monkeypox outside of Africa should be declared a global health emergency.

WHO chief Tedros Adhanom Ghebreyesus told reporters: “The outbreak of monkeypox is unusual and concerning.

“For that reason I have decided to convene the Emergency Committee under the international health regulations next week [June 23], to assess whether this outbreak represents a public health emergency of international concern.”

It’s fair to say the monkeypox story is already a matter of some concern  – nay, anxiety – to a pandemic-weary world.

That anxiety will be heightened by news reports that a declaration of a global emergency amounts to “the highest alarm the UN agency can sound”.

While it’s true that the only other diseases that have spawned this alarm were swine flu, polio, Ebola, Zika and of course, COVID-19, keep this in mind:

Since May 13, there have been about 1600 cases reported in non-African countries – with no deaths.

There is no evidence that we are facing a COVID-style catastrophe.

As Peter Collignon, professor of infectious disease at the Australian National University, told The Guardian: There is no cause for alarm because monkeypox is “not highly transmissible from person to person”.

In the last month, three Australians have been infected with the virus. It doesn’t appear to have spread from them.

Monkeypox is a completely different virus to SARS-CoV-2. It’s a less-deadly relative of the smallpox virus.

However, while smallpox was confined to humans, monkeypox occurs in animals, such as monkeys and rodents – and can be spread to a person via a bite.

It may also spread through respiratory secretions when people have close, face-to-face contact.

However, monkeypox is “not known to linger in the air and is not transmitted during short periods of shared airspace”.

It’s been widely reported that many of these new infections have occurred in gay and bisexual men, raising concerns that an AIDS-style stigma might resurface.

These infections have also caused concern that monkeypox can be sexually transmitted via semen and vaginal fluids. This is yet to be confirmed.

What are the symptoms?

According to the WHO, symptoms of monkeypox typically include a fever, intense headache, muscle aches, back pain, low energy, swollen lymph nodes and a skin rash or lesions.

The rash usually begins within one to three days of the start of a fever.

Lesions can be flat or slightly raised, filled with clear or yellowish fluid, and can then crust, dry up and fall off.

The number of lesions on one person can range from a few to several thousand. The rash tends to be concentrated on the face, palms of the hands and soles of the feet. They can also be found on the mouth, genitals and eyes.

Symptoms typically last between two to four weeks and go away on their own without treatment.

Why is it called monkeypox?

The virus is called monkeypox because researchers first detected it in laboratory monkeys in 1958.

WHO says it is working to come up with a new name for monkeypox.

Last week, more than 30 scientists signed a letter saying there was an “urgent need for a non-discriminatory and non-stigmatising” name for the virus and the disease.

The urgency appears linked with the virus breaking out from Africa after five decades of infections.

Why has it broken out now?

“We hypothesised two main mechanisms to explain this resurgence after 40 years of no reported cases.

“Second, herd immunity from since-discontinued universal smallpox vaccination programs in the 1970s has declined over time.”

The smallpox vaccine is effective against monkeypox.

The European Union is planning to buy about 110,000 doses of vaccine. There have been about 900 infections in recent weeks in Europe.

Should everyone be vaccinated?

WHO advises mass vaccination is “not required nor recommended for monkeypox at this time”.

Vaccination should be limited to:

WHO says vaccination programs must be backed by thorough surveillance and contact-tracing, and accompanied by a strong information campaign.

The US Centres for Disease Control (CDC) recommends that people infected with monkeypox “wear a mask if they must be around others in their homes if close, face-to-face contact is likely”.

The CDC advises that in a healthcare setting, a patient with suspected or confirmed monkeypox infection should be placed in a single-person room; special air handling is not required.

Any procedures “likely to spread oral secretions (such as intubation and extubation) should be performed in an airborne infection isolation room”.

The post WHO may declare monkeypox an international emergency appeared first on The New Daily.