When Adriana saw this photo she knew something was not right

Melbourne baby Mariana was two months old before her mother began to suspect something was amiss.

A lockdown baby, Mariana was pronounced healthy in hospital and sent home, with a maternal health nurse checking in occasionally.

“At first I thought everything was fine, but one day I was making up a collage of photos of her and my other daughter, Valentina,” her mother, Adriana Baron, said.

“I was comparing photos of the two. There was a picture of Valentina lifting her head during tummy time and I thought, oh my god, Mariana does not do that at all.

“I started to feel that something wasn’t right.”

READ MORE: Family of ‘miracle’ baby calls for Queensland to screen for condition

Ms Baron’s concerns were initially dismissed by the maternal health nurse who told her every baby develops differently.

But, a month later, the mother noticed something else – Mariana’s hand seemed to be turning inwards at an unusual angle.

A GP referred Mariana to a paediatrician and then a neurologist, who delivered some devastating news.

The three-month-old was diagnosed with spinal muscular atrophy (SMA). The condition, which affects the motor neurons in the spinal cord, can lead to paralysis. It is the number one genetic killer of infants under the age of two in Australia. 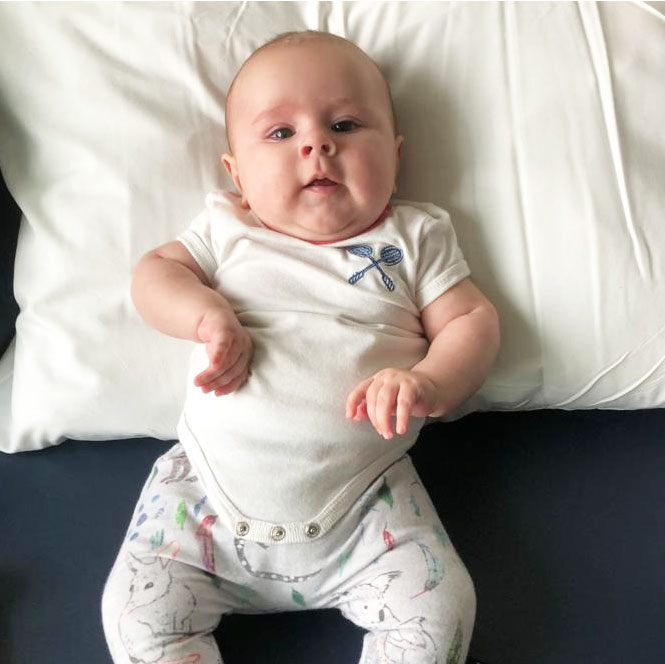 Ms Baron was told that her daughter would never sit or walk and would need a tube to feed herself. Without treatment, she was unlikely to live beyond 18 months.

“It felt like a concrete wall had fallen on my heart,” Ms Baron said.

Mariana was immediately put on Spinraza, a medication which helps stop the progression of some aspects of the disease.

The family also fought hard to get access for Mariana to a revolutionary gene therapy drug, Zolgensma.

Costing $3.5 million for a one-off infusion, it is one of the most expensive treatments in the world. If taken before any symptoms show, Zolgensma offers the chance for babies with SMA to lead normal lives.

Mariana was granted funding and access to the drug through the Federal Government’s Medical Treatment Overseas Program for the terminally ill. The family flew to Sydney in December where the infusion took place.

Then came the twist.

It was in Sydney that Ms Baron found out all babies in NSW and the ACT are tested for SMA as part of a trial inclusion in its newborn screening program. The addition was made in 2018.

“When we got to Sydney and the doctors told us they test for this condition at birth I could not believe it, where is this in Victoria?” Ms Baron said.

Aside from NSW and the ACT, no other state or territories currently screen for the condition, however, the Western Australian Government has recently approved the inclusion of SMA in its newborn screening tests. 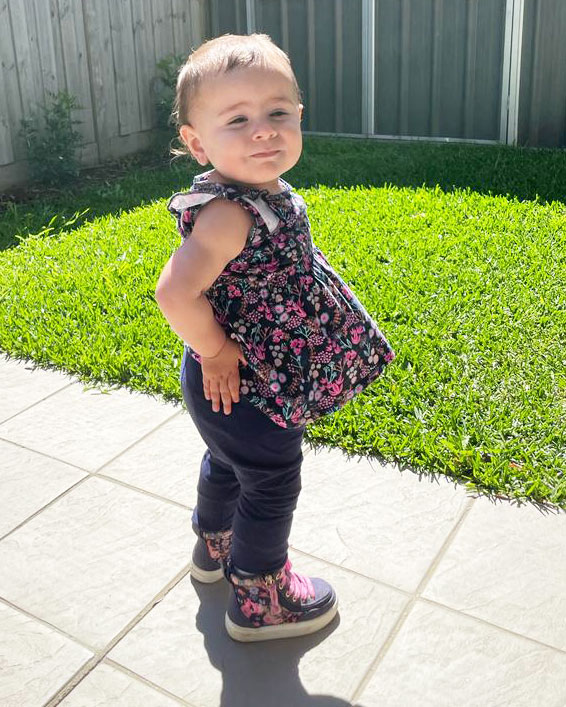 So far, 21 babies in NSW have been diagnosed with SMA through its screening program.

Ms Baron is now calling on the Victorian Government to also start screening babies for SMA.

Since beginning her treatment, Mariana has stunned doctors with her progress. She is sitting and, at 18 months, took her first steps. She will, however, be unable to walk long distances and rely on a wheelchair, Ms Baron said.

“If I had known Mariana had this when she was born, I could have got her treatment very quickly, before there was any deterioration,” she said.

“My daughter would not need any help, she would not be disabled.”

“It’s a postcode lottery,” she said.

“If you are born with SMA in Tweed Heads you can have access to gene therapy six days after birth but if you are born on the Gold Coast, no.”

In NSW, 28 conditions are included in the newborn screening test; in Victoria, the number is 25. 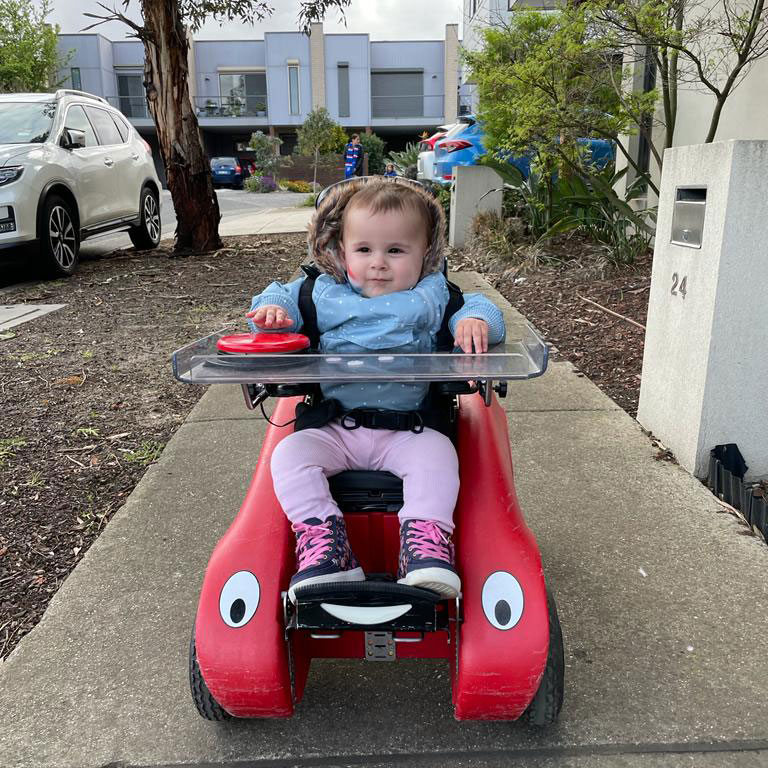 “You have things like galactosemia, which is a disease which you treat by modifying a baby’s diet, that still isn’t screened for in Victoria, 30 years after it was available everywhere else,” she said.

Federal Health Minister Greg Hunt has written to all state premiers urging them to include SMA in its screening programs.

A spokesperson for Victoria’s Health Department said it was considering the implementation of SMA screening.

“Before implementing SMA screening in Victoria, we’ll be doing detailed work to fully understand the cost of implementing the screening test, and ensure appropriate systems are in place for follow-up care of babies with abnormal screening results,” the spokesperson said.

Extra $10 per baby ‘could expand screening’

In addition to the variation between the states, people were often shocked to hear how far Australia was lagging behind the developed world when it came to testing newborns for treatable diseases, Ms McNeill said.

“People assume that we have a top screening program and we screen for everything we possibly can, but we don’t,” she said.

“We screen for less than a third of diseases that we can treat today.”

In the US, newborns are regularly screened for at least 50 diseases.

Pompe disease is caused by a lack of an enzyme that breaks down a complex sugar.

If detected at birth, the condition can be easily treated with the enzyme replacement.

“In Australia, the average diagnosis for Pompe is 90 days in metropolitan regions and 180 days in regional Australia – babies here are dying from this,” Ms McNeill said.

Better Access Australia is campaigning for a national review of newborn screening in Australia with an online petition attracting more than 13,000 signatures.

Cost estimates by Better Access Australia showed it would require only $10 extra per baby to increase screening to 50 conditions, Ms McNeill said.

This was compared to the $100 Australia was currently spending per COVID test, Ms McNeill said.

A spokesperson for the Federal Health Department said: “Newborn screening programs in Australia are delivered by the state and territory governments.”

“Whilst all states and territories have committed to the National Policy Framework, they operate independently of each other.

“Decisions on which tests to include in the NBS programs are entirely a matter for state and territory governments.”