One of the most controversial episodes in Australian military history has taken a new turn, 120 years on.

Three Boer War veterans – including the famous Harry ‘Breaker’ Morant – who were convicted in disputed circumstances of shooting prisoners – have been posthumously awarded military service medals.

British-born Morant and Australian co-accused Peter Handcock were executed in 1902 after they admitted to killing prisoners under orders.

Another Australian, George Witton, was also sentenced to death, but had his sentence downgraded to life in prison.

Australian military lawyer James Unkles has been working on the case pro-bono for 10 years on behalf of the trio’s descendants.

He told Nine.com.au his campaign has the support of top lawyers and federal MPs.

“I have advocated for an independent inquiry into the substantial evidence I’ve uncovered which has been validated by so many QCs,” Mr Unkles said.

“They all sing with the same song, and that is this case wreaks of a gross injustice, that these men were not tried and sentenced according to law.”

Who was ‘Breaker’ Morant?

Harry Morant is believed to have been born in Somerset, England, in 1864. He settled in Queensland in 1883, where he established a reputation as a horseman, earning the nickname ‘Breaker’.

In 1900, after the British Empire declared war on the Boer republics in South Africa, Morant joined an Australian regiment and soon saw action.

Two years later he was posted to the Bushveldt Carbineers military unit, as the conflict between the Boer guerilla forces and British-led troops became increasingly bitter.

While leading a patrol in the northern Transvaal in August 1901, Morant ordered the execution of a group of Boer prisoners.

Morant, Handcock and other officers were arrested and court-martialed for the killings. 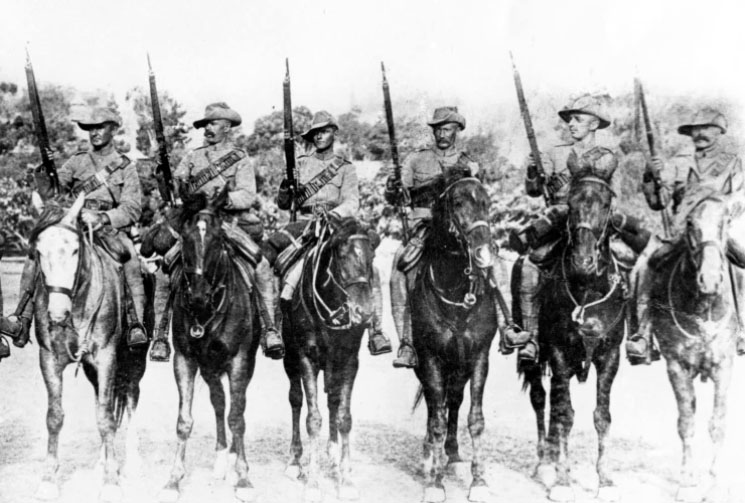 Their Australian lawyer maintained the soldiers were acting under orders from senior British commanders.

There was also claims the army’s high command applied pressure for the soldiers to be found guilty and used as scapegoats for the shootings.

Handcock and Morant were executed by firing squad in February. 1902. Witton was given a life sentence and released four years later.

During the past 120 years, Morant has risen to folk hero status in the manner of Ned Kelly.

A number of books and the 1979 film ‘Breaker Morant’, has kept the Boer War veteran in public consciousness.

But not all Australians regard him as a larrikin adopted Aussie and victim of British misjustice.

Writer Peter FitzSimons in his book ‘Breaker Morant’ compared Morant with a war criminal who enjoyed boasting about his violent acts.

Descendants of Morant, Handcock and Witton, however, maintain they suffered an injustice during their trial.

They are calling on the Australian Government to set up an independent inquiry into their convictions.