Wall Street shrugged off a downbeat start and notched more record highs after the Federal Reserve announced plans to begin reducing the extraordinary aid for the economy it has been providing since the early days of the pandemic.

The S&P 500 rose 0.6 per cent and the Dow Jones Industrial Average added 0.3 per cent, both marking their fifth straight gain.

The Nasdaq climbed one per cent, extending its winning streak to an eighth day. All three indexes set their latest record closing highs a day earlier.

In a statement released at 2pm Eastern, the Fed said it will begin reducing its $US 120 billion ($161 billion) in monthly bond purchases in the coming weeks by $US 15 billion ($20 billion) a month.

If that pace is maintained, the Fed could be done winding down its bond purchases as early as June. At that point, the Fed could decide to begin raising its key short-term interest rate, which affects many consumer and business loans.

The central bank reserved the right to change the rate at which it reduces the bond purchases, which have been intended to hold down long-term rates and spur borrowing and spending.

The Fed’s announcement was in line with what economists and markets expected as the central bank moves to combat inflation that now looks likely to persist longer than it did just a few months ago.

“Much of the bond tapering announcement was already priced into markets and shouldn’t have come as a surprise to anyone that was paying attention to what the Fed has been indicating for most of this year,” said Chris Zaccarelli, chief investment officer for Independent Advisor Alliance.

“But the markets are already turning their attention to how soon the Fed will begin raising interest rates and how quickly they will raise them.” Bond yields rose broadly after the Fed’s statement. The yield on the 10-year Treasury note rose to 1.59 per cent from 1.54 per cent late Tuesday. It was trading at 1.57 per cent shortly before the Fed released its policy statement.

The Fed’s latest statement and policy shift comes amid persistent rising inflation that has cut into corporate operations and raised prices on raw materials. It is also making finished goods more expensive, raising concerns about whether consumers will cut back on spending as prices rise.

At a news conference Wednesday, Fed Chair Jerome Powell stressed that the outlook for inflation looks highly uncertain, limiting the ability of the Fed to tailor its policies in response. He suggested that inflation should slow sometime next year as supply bottlenecks ease, but that the Fed cannot be certain that it will. 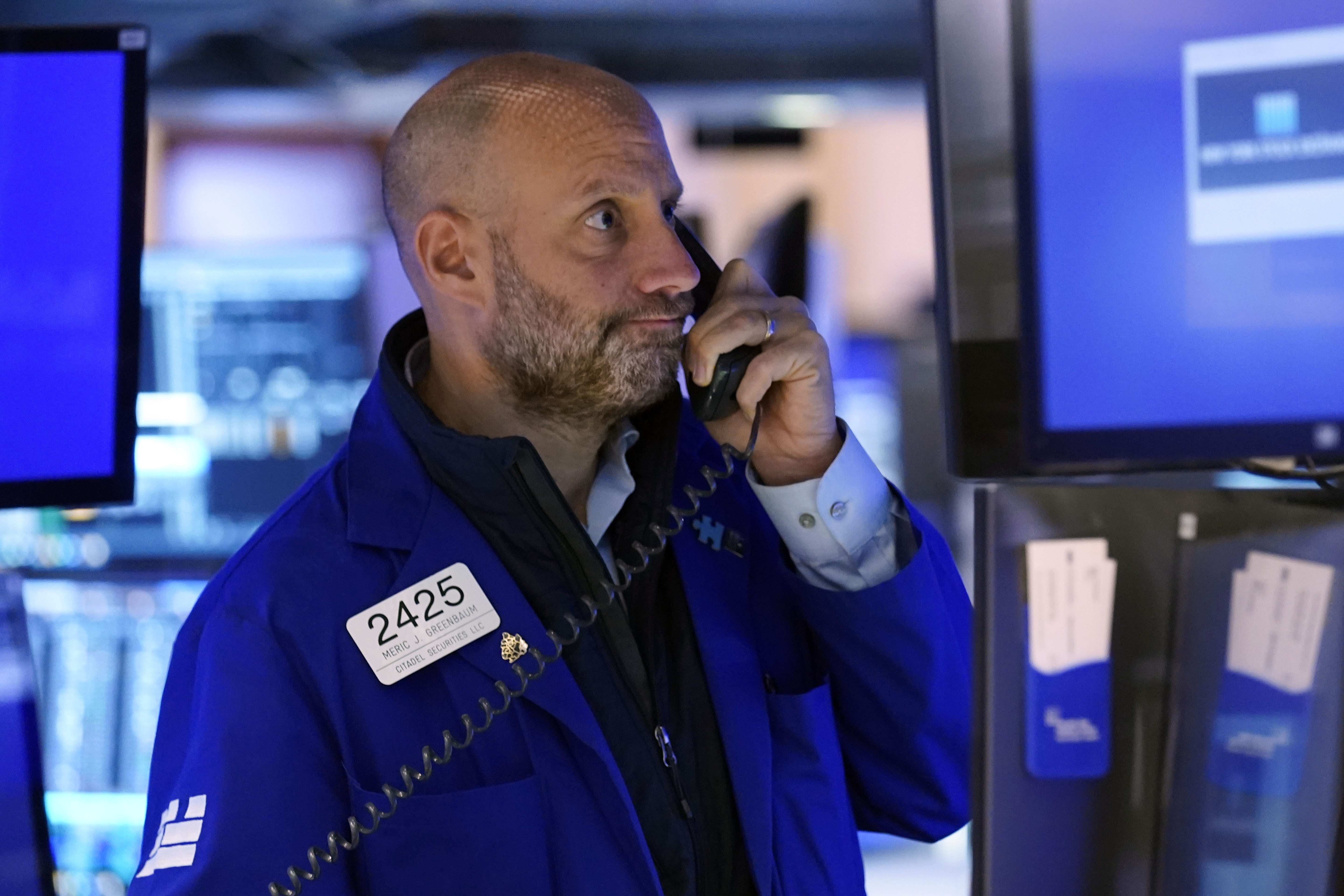 The central bank and investors have also been closely monitoring the recovery in the employment market, which has been lagging the broader economic recovery. The Labor Department will release its jobs report for October on Friday.

Stocks mostly wobbled in the early going Wednesday ahead of the Fed statement as investors looked over another big batch of earnings reports from US companies.

Technology stocks and a mix of companies that rely directly on consumer spending accounted for a big slice of the S&P 500′s gains. Adobe rose 2.3 per cent and Tesla rose 3.6 per cent to a record high. 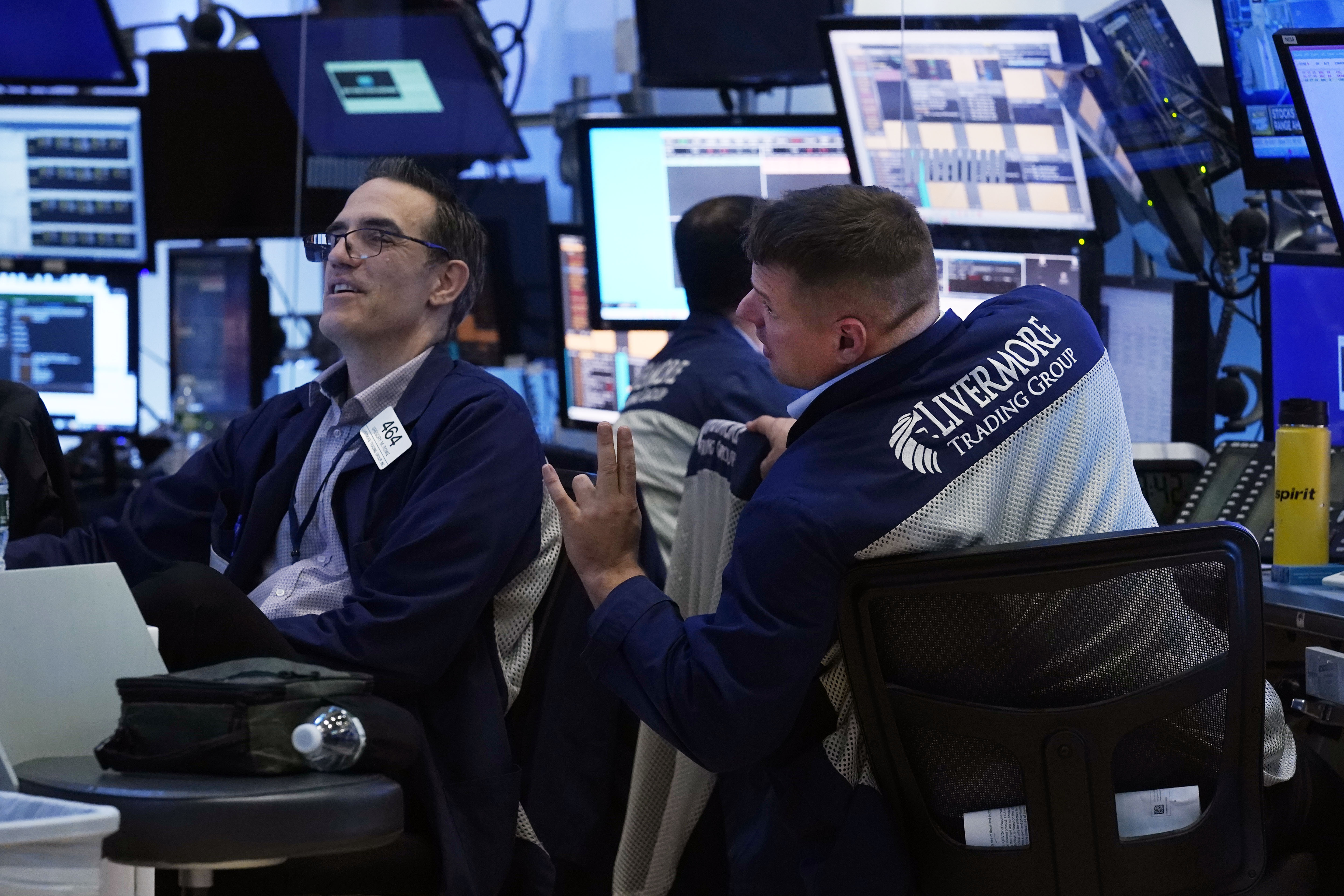 Smaller-company stocks outpaced the broader market in a sign that investors were feeling confident about economic growth. The Russell 2000 climbed 42.42 points, or 1.8 per cent, to 2,404.28, its second straight all-time high.

Agricultural equipment maker Deere fell 3.4 per cent. Workers at the company rejected a contract offer Tuesday that would have given them 10 per cent raises and decided to remain on strike in the hopes of securing a better deal.

Investors were handed a mixed bag of corporate report cards. Activision Blizzard slumped 14.1 per cent for the biggest slide in the S&P 500 after the maker of video games like “World of Warcraft” gave investors a disappointing profit forecast.

Zillow Group sank 23 per cent in heavy trading a day after the real estate website operator reported disappointing financial results and said it is shutting down its home-flipping business.