WA skipper and father-of-two remembered as 'a fantastic guy'

Skipper and father-of-two Paul Norris was out on the water where he loved to be when he was taken in a boating tragedy.

A major search effort resumed this morning after the skipper’s boat, which was carrying four passengers, hit trouble in the Kimberley region of Western Australia on Sunday afternoon.

The 6.4m vessel, which had two men, one woman and two girls onboard, overturned in Airport Creek, a tidal river system 5km south-west of Derby.

Those who were out with him safely made it back to shore.

“It’s such a tragic loss, he was a fantastic guy and he was a great father,” Derby Shire president Geoff Haerewa said.

The alarm was raised yesterday afternoon, when the boat hit a sandbar at Airport Creek near Derby.

That’s when the search effort began in the sky and on the water.

“A helicopter that had been deployed to the search area located the boat upside down on the bank, about 10km south of where it was initially reported getting into trouble,” WA Police senior sergeant Brendan Barwick said.

Cr Haerewa said the tides in the area could be treacherous.

“But Paul was a sound fisherman, a sound skipper, where Paul went he went there often,” he said.

The well-known businessman was on board with his two young daughters, partner and a friend, all of whom were found uninjured by locals last night.

This morning, almost a day later, police made discovered what they believed to be Mr Norris’ body, 1km from the boat.

The Derby community is in shock, as many of them had been out looking for their mate. 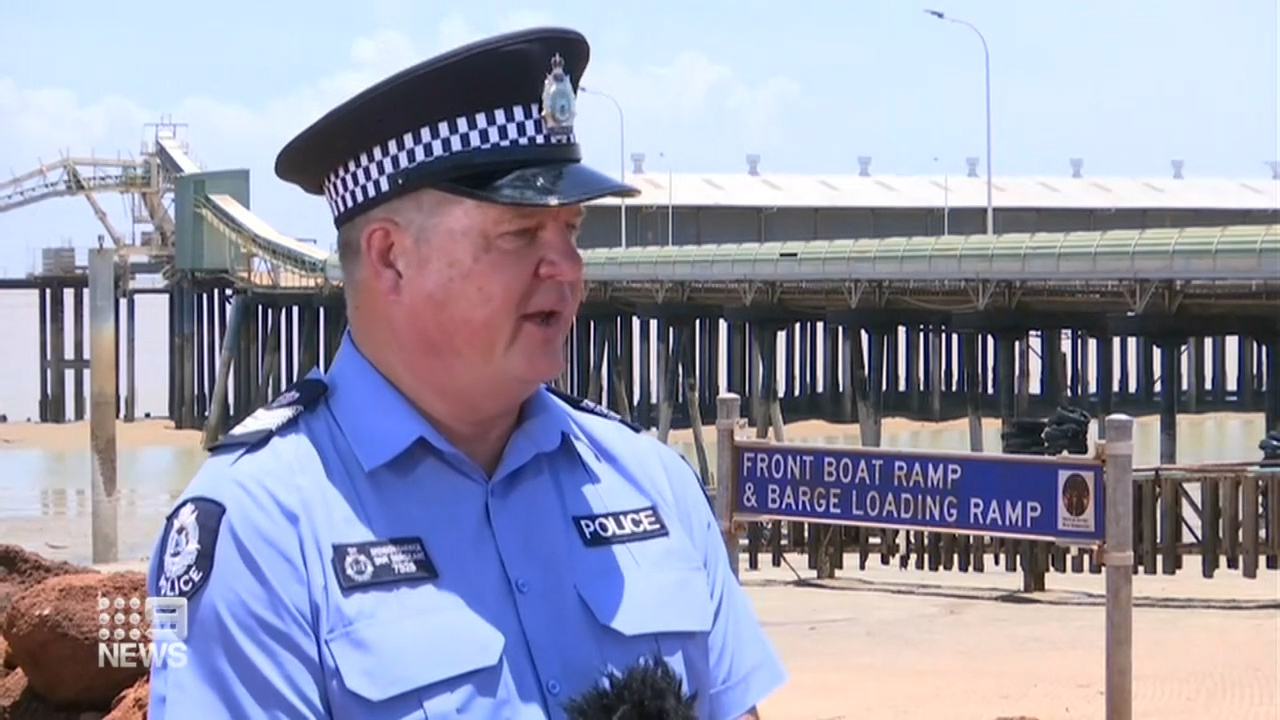 “There’s not a dry eye in the house there,” Senior Sergeant Barwick said

The 51-year-old has been remembered as someone who’d give anyone a helping hand.

“He probably spent more hours volunteering than he did actually doing work and he’ll be greatly missed,” Cr Haerewa said.