The five best films from the 2022 Sydney Film Festival

Double lives and costume closets: Inside the fantastical world of cosplay 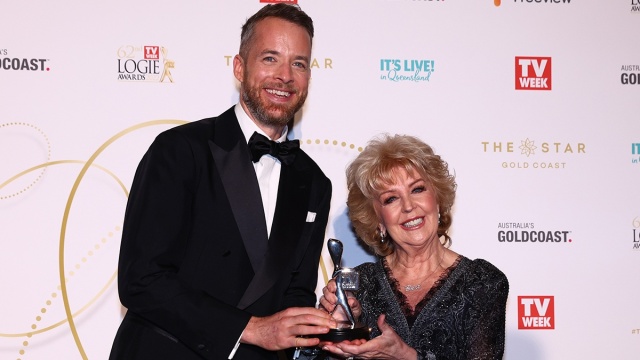 Lego Masters host Hamish Blake has crowned an emotional evening by being awarded the Gold Logie as Australian television’s most popular personality.

“What a huge honour,” the Melbourne-born comedian, 40, said shortly after being announced as the winner of Australian television’s most coveted award during a glitzy ceremony for the 62nd TV Week Logie awards at the Gold Coast Convention Centre.

The win capped a huge night for Blake, who had earlier won the Bert Newton Award for most popular presenter and been presented with the award by Newton’s wife Patti.

Lego Masters had also won the Logie for most outstanding entertainment or comedy program.

It was also a big night for the Seven Network, with sports presenter Bruce McAvaney inducted into the TV Week Hall of Fame to a standing ovation.

Seven’s coverage of the Tokyo Olympics and Paralympics won most outstanding sports coverage, with the award presented by Australian of the Year Dylan Alcott and the ABC’s Tony Armstrong.

The ABC News Breakfast sports presenter took out the Graham Kennedy Award for most popular new talent, days after his euphoric on screen reaction to the Socceroos making it through to the World Cup.

Comedian Kitty Flanagan had her first Logies win, with most popular actress for the award-winning ABC comedy Fisk.

Congratulations #IncarcerationNation on winning the #TVWeekLogies for Most Outstanding Factual or Documentary Program.

To Dean Gibson, Helen Morrison, Mitzi Goldman & all the crew.

And to the participants for opening up & shining a light on such a hard subject.@NITV 🖤💛❤️ pic.twitter.com/teE66rcpdc

Network 10 has had a swag of wins, with MasterChef Australia, I’m A Celebrity … Get Me Out of Here!, and Have You Been Paying Attention? all taking home awards.

Gold Logie for the most popular personality on Australian television: Hamish Blake

Most outstanding reality program: I’m a Celebrity … Get Me Out of Here!, Network 10

Most popular panel or current affairs program: The Project, Network 10

Most popular Australian actor or actress in an international program: Jacki Weaver, Yellowstone

Most popular comedy program: Have You Been Paying Attention? Network 10

Most popular drama program: Home and Away, Seven Network

The post Voters crown Hamish Blake as most popular personality with Gold Logie appeared first on The New Daily.