Quilts a legacy of Victorians lost to AIDS

Six COVID deaths in Vic, as cases jump above 7000 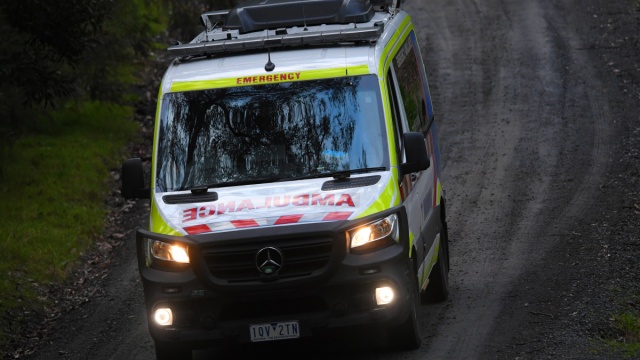 Ambulance Victoria is winding back its reliance on non-paramedics called in to help respond to emergencies as part of a COVID-19 surge workforce.

The workforce was pulled together late last year and included surf lifesaving volunteers, along with defence force personnel and paramedicine students.

State Ambulance Union secretary Danny Hill said on Thursday surge workers had been a great help, but the emergency service’s reliance on them was contributing to paramedics’ burnout.

Rather than practitioners being able to turn to another paramedic for help, all the decision-making responsibility rested solely on one, surge workers cannot drive under lights and sirens, and some early-career paramedics were terrified of making clinical errors as a single officer on the road, Mr Hill told Melbourne radio station 3AW.

Ambulance Victoria acting COVID commander Matt McCrohan said the surge workforce was always intended to be a temporary solution, and the organisation had already started winding it back.

Life Saving Victoria has ceased working with the emergency service, and the Australian Defence Force (ADF) will finish its involvement at the end of June. Defence made it clear to Ambulance Victoria it wasn’t willing to extend beyond that, Mr McCrohan said.

He said that, in many parts of regional Victoria, paramedics and ambulance community officers worked together.

“So (the surge) has been an extension of that model, if you like, moving into metropolitan Melbourne largely,” Mr McCrohan told a Victorian parliamentary inquiry into the state’s pandemic orders.

“There are a number of our paramedics that clearly … would prefer to work with a professional, qualified colleague.

“Part of our response is to actually move back towards that as soon as it’s safe and reasonable (to do so).”

He said 97 per cent of Ambulance Victoria’s staff had at least one COVID-19 vaccine dose before vaccine mandates kicked in. As of Wednesday, 99 per cent had received three doses of a COVID vaccine.