The world’s top two carbon polluters, China and the USA, have pledged to increase their cooperation on climate action in a joint declaration issued at UN climate talks in Glasgow.

In separate news conferences, Chinese climate envoy Xie Zhenhua and US counterpart John Kerry said the two countries would work together to accelerate the emissions reductions required to meet the temperature goals of the 2015 Paris Agreement on climate change.

“The whole point of this is that the steps we’re taking we believe can answer questions people have about the pace at which China is going and help China and us to be able to accelerate our efforts,” Mr Kerry said.

Governments agreed in Paris to jointly reduce emissions enough to keep the global temperature rise “well below” 2C since pre-industrial times, with a more stringent target of trying to keep warming to 1.5C preferred.

Both sides recognise that there is a gap between efforts taken globally to reduce emissions and the goals of the Paris deal, Mr Xie said.

“So we will jointly strengthen climate action and cooperation with respect to our respective national situations,” he said.

The joint declaration came as governments from around the world were negotiating in Glasgow about how to build on the Paris Agreement to reduce greenhouse gas emissions and protect vulnerable countries from the impacts of global warming.

The early version of the final document also expresses “alarm and concern” about how much Earth has already warmed and urges countries to cut carbon dioxide emissions by about half by 2030. Pledges so far from governments don’t add up to that frequently stated goal. 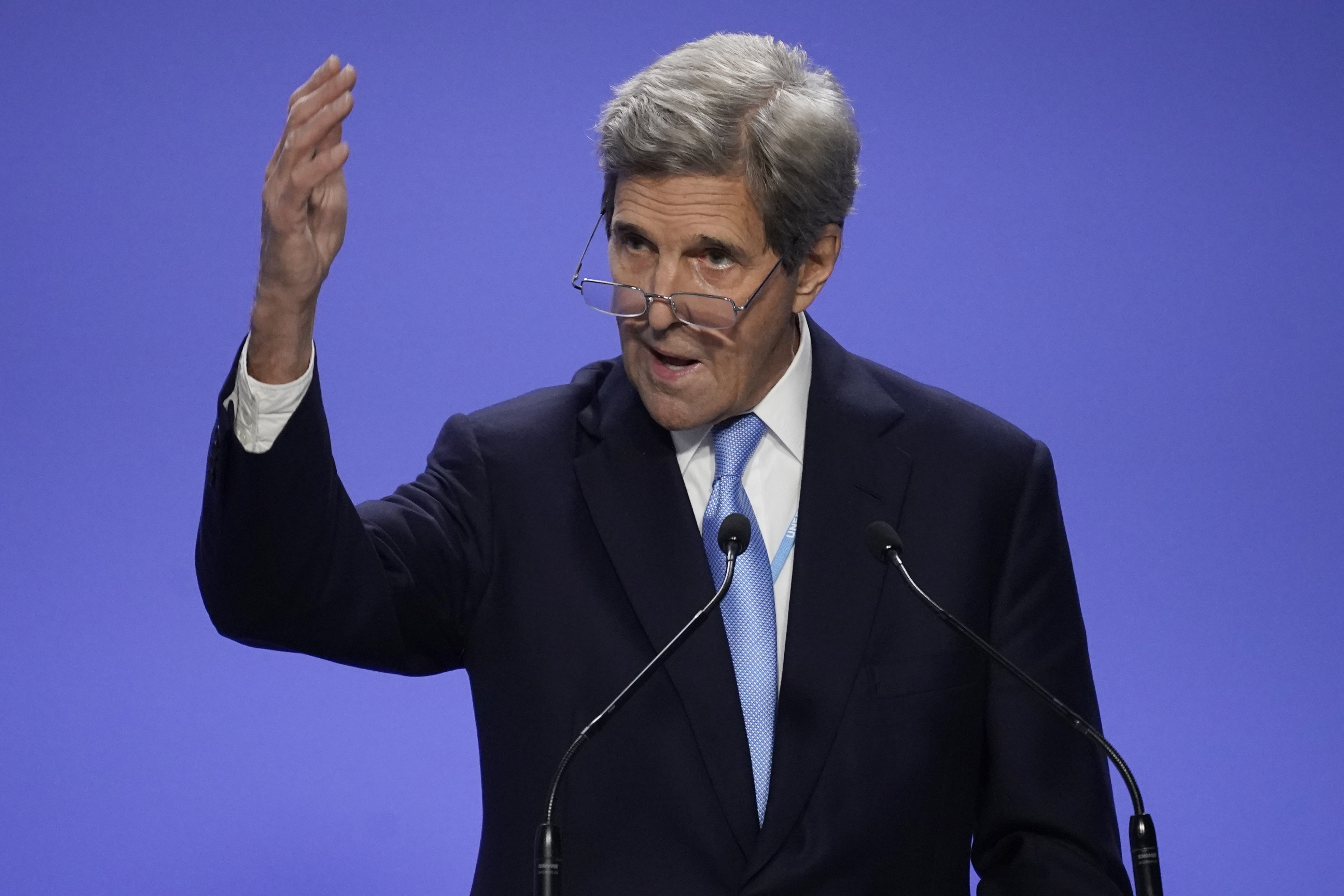 Some nations, especially island states whose very existence is threatened by climate change, warned that the draft didn’t go far enough in requiring action to limit increases in global temperatures — or in helping poorer countries to pay for adapting to the warming and for losses from it.

“‘Urging,’ ‘calling,’ ‘encouraging,’ and ‘inviting’ is not the decisive language that this moment calls for,” Aubrey Webson, Antigua and Barbuda’s UN ambassador, said in a statement.

With time running out in the climate summit, a clear message had to be sent, he added: “To our children, and the most vulnerable communities, that we hear you and we are taking this seriously.”

Meeting the Paris goals would require a dramatic reduction in emissions from the burning of coal, oil and gas that remain the world’s top source of energy despite the growth of renewables like wind and solar power. 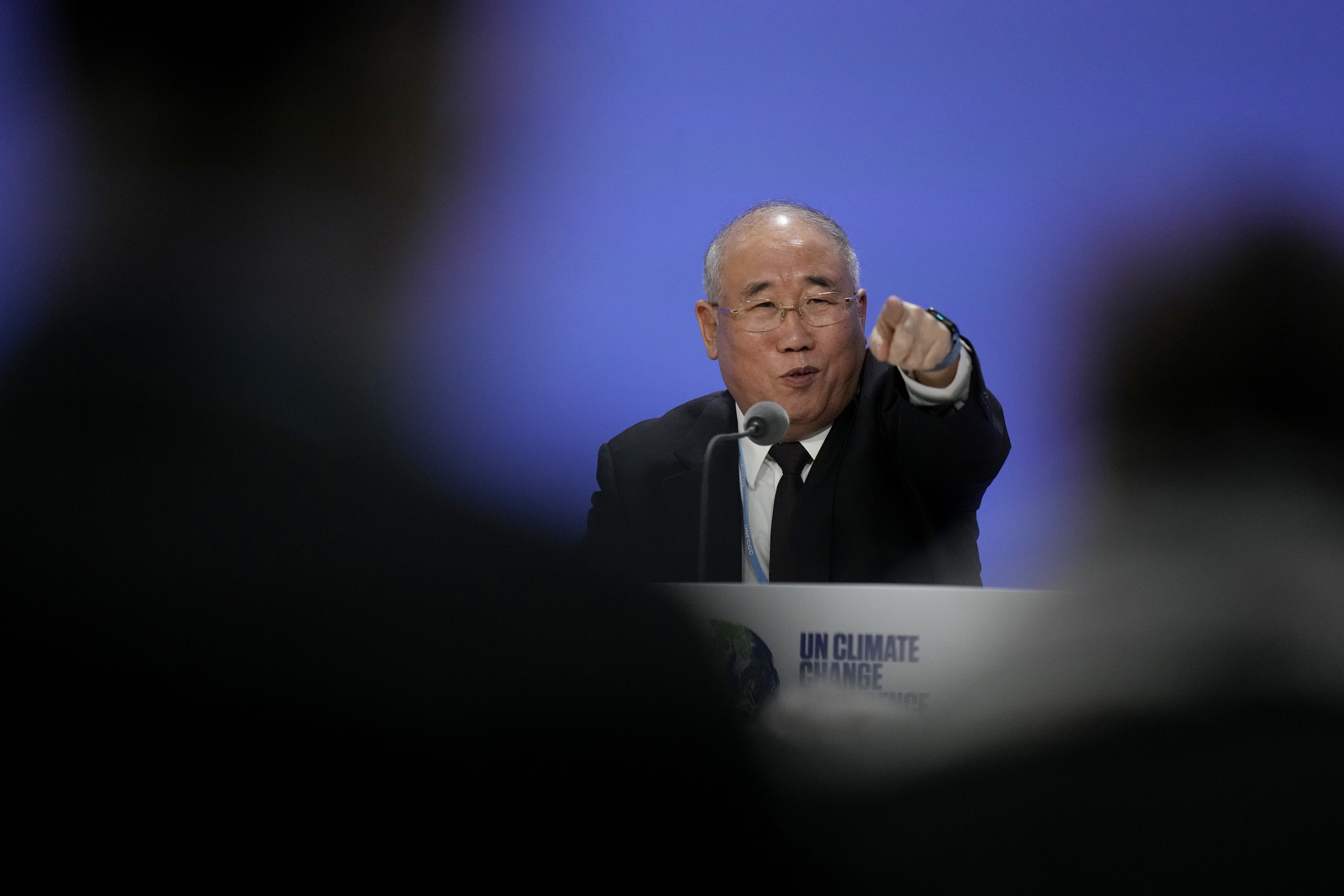 But setting deadlines for phasing out fossil fuels is highly sensitive to countries that still depend on them for economic growth, including China and India, and to major exporters of coal such as Australia.

The future of coal is also a hot-button issue in the US, where a spat among Democrats has held up one of President Joe Biden’s signature climate bills.

The draft calls for accelerating “the phasing out of coal and subsidies for fossil fuels,” though it sets no timeline.

Greenpeace International director Jennifer Morgan, a long-time climate talks observer, said that the call in the draft to phase out coal and subsidies for fossil fuels would be a first in a UN climate deal, but the lack of a timeline would limit the pledge’s effectiveness.

“This isn’t the plan to solve the climate emergency. This won’t give the kids on the streets the confidence that they’ll need,” Ms Morgan said. 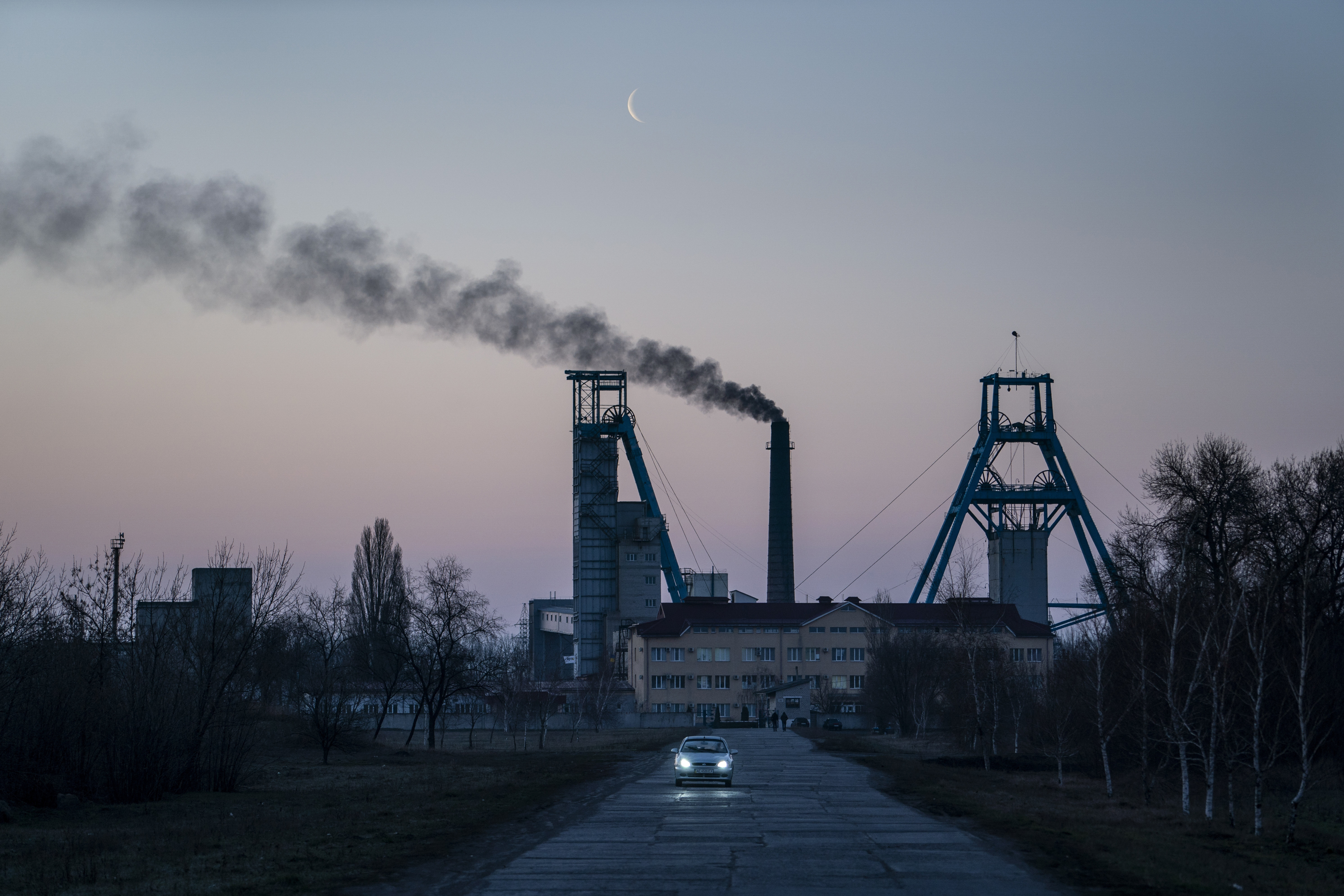 “We’re ready and willing to make sure we deliver on the highest possible levels of ambition, leading to prompt global action,” he said.

The draft is likely to change, but it doesn’t yet include full agreements on the three major goals that the UN set going into the negotiations: for rich nations to give poorer ones US$100 billion ($136.37 billion) a year in climate aid, to ensure that half of that money goes to adapting to worsening global warming, and the pledge to slash global carbon emissions by 2030.

The draft acknowledges “with regret” that rich nations have failed to live up to the climate finance pledge.

Currently they are providing around US$80 billion ($109.1 billion) a year, which poorer nations that need financial help both in developing green energy systems and adapting to the worst of climate change say isn’t enough.

Papua New Guinea Environment Minister Wera Mori said given the lack of financial aid that his country may “rethink” efforts to cut logging, coal mining and even coming to the UN talks.

The draft says the world should try to achieve “net-zero (emissions) around mid-century,” a target that was endorsed by leaders of the Group of 20 biggest economies in a summit just before the Glasgow talks. That means requiring countries to pump only as much greenhouse gas into the atmosphere as can be absorbed again through natural or artificial means.

Highlighting the challenge of meeting those goals, the document “expresses alarm and concern that human activities have caused around 1.1C of global warming to date and that impacts are already being felt in every region.”

Separate draft proposals were also released on other issues being debated at the talks, including rules for international carbon markets and the frequency by which countries have to report on their efforts.

The draft calls on countries that don’t have national goals that are in line with the 1.5C or 2C limits to come back with stronger targets next year. Depending on how the language is interpreted, the provision could apply to most countries.

“Countries really are expected and are on the hook to do something in that timeframe to adjust.”

In a nod to one of the big issues for poorer countries, the draft vaguely “urges” developed nations to compensate developing countries for “loss and damage,” a phrase that some rich nations don’t like. But there are no concrete financial commitments.

“My big, big ask of all of you is to please come armed with the currency of compromise,” he told negotiators.

“What we agree in Glasgow will set the future for our children and grandchildren, and I know that we will not want to fail them.”