Upfronts Series: ‘Never say never’ to ad-tier on Paramount+; where Netflix will be eating its share from; and plans for Pluto 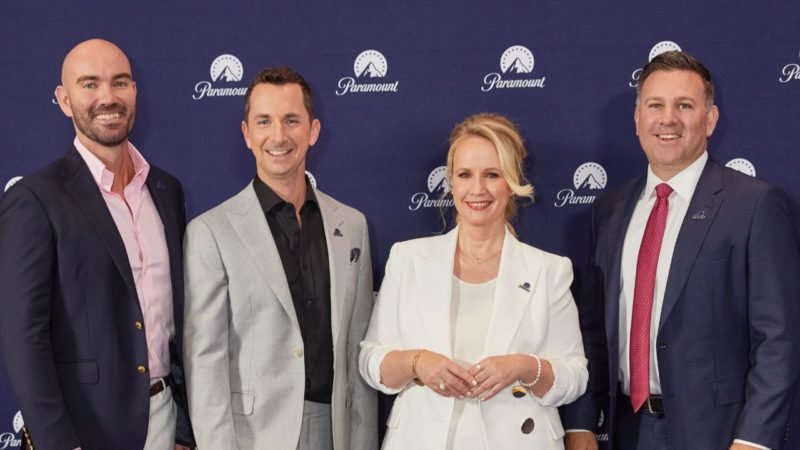 Paramount, like Nine last month, flexed its cross-platform credentials in its Upfront event last week at Sydney’s ICC, spruiking its content slate across not only its free-to-air channels, but its entertainment and sport content across streaming service, Paramount+.

And again similarly to Nine, the company gave further details of its imminent launch of Pluto TV, Paramount’s global FAST channel service, which is set to hit consumers this side of Christmas.

Buyers last week indicated that while it is an interesting development, the presentation was light on details describing the opportunities it presented advertisers.

“I suspect the confusion has probably come from the fact that we’ve really just announced it at Upfronts,” says chief sales officer Rod Prosser on this week’s Mumbrellacast Upfronts special.

“We haven’t properly gone into the market to sell it. It will be part of our upfront go to market, so there is an education piece that of course we need to do with it, as we do with any new product and or show.”

The set of channels will initially sit within the 10Play service, offering a more curated ad experience and environment for advertisers. On whether we may see a separation of the two services at some point, or a potential rebrand of both under the single Pluto banner, which is used by Paramount globally, senior vice president, content and programming, Dan Monaghan says its too early to say at the moment.

“I don’t know the answer to that question,” he says. “I do think that 10Play has its brand as the place to get the content that is aligned with Ten at the moment. So I think that’s quite strong, whereas Pluto to the broader public wouldn’t have that direct correlation to Ten.”

“The Pluto fast channels are really going to draw on the big library that this company has, as well as some local acquisitions of course, but we’ve got such a vast array of content that’s so popular and we have the luxury of knowing what works in the UK and the US in terms of these Pluto channels and what’s really sticky. So we’ll be drawing on that, and that’s not quite the same as what you would find necessarily if you go to 10Play for catch up.”

“So I think they are distinctly different at the moment, but powered by each other, working cohesively together, but we will see what the future holds I guess.”

With the new ad-funded service, bringing much of the parent company’s deep catalogue out from behind the paywall of Paramount+, the pair were asked if this may impact any possibility of ads on that streaming service.

“I would definitely not say never,” says Monaghan. “Like if Netflix is doing it and Disney’s doing it, they do it on P+ in the US, its already a thing, the ad-supported tier.”

“I think that’s a really important point, in terms of what Dan just said,” adds Prosser. “It is already happening in the US on Paramount+. So we will watch it closely at this point.”

Prosser jokes that despite him always wanting more space to sell, the collective view at Paramount locally is making sure the user gets the best experience first and foremost.

“Let’s put the best content on there and make sure that is absolutely singing, and we know it’s the fastest growing SVOD service in this country.”

“So we’re really pleased as to where it is today, and then we will reassess as we go through next year and the year after. So who knows, watch this space.”

With the arrival of ad-supported tiers on both Netflix and Disney+ imminently, debate has arisen in market surrounding where the ad dollars will be pulled from, with many suggesting the existing BVOD services will be the first point of call.

“Look, I think anything that’s grabbing attention and eyeballs will come from somewhere, whether it’s a bit from here and a bit from there,” says Prosser.

Three weeks ago, Prosser’s counterpart at Nine, Michael Stephenson suggested on the Mumbrellacast that those same dollars would first be taken across from social video.

“I think if you’re an advertiser and you were spending money on digital video today, I suspect the smart ones would take their money away from social video like YouTube and Facebook and move that into Netflix and BVOD, as opposed to moving any of their advertising dollars today from 9Now, 7Plus or 10Play into Netflix,” said Stephenson.

“But ultimately many buyers need to obviously find the money to advertise on the service,” adds Prosser. “My view is, at this point, BVOD is growing and continues to show great growth, as does the audience. So therefore that revenue will continue to grow. I suspect honestly that the money will come from various platforms, and whether that’s from social video, maybe some search, I’m not sure.”

“But from what I understand is there’s no one solution in terms of where they’re finding the money. In fact, I was talking to a media buyer before we got on, who had said that actually the clients are actually finding some incremental spend to advertise on the platform. So I think watch this space, but I think I agree with Michael, I’m not sure next year that the BVOD revenue will be impacted by Netflix.”

Listen the full episode on this week’s Mumbrellacast.

The post Upfronts Series: ‘Never say never’ to ad-tier on Paramount+; where Netflix will be eating its share from; and plans for Pluto appeared first on Mumbrella.