Cindy Wockner: If only there were more great hearts and spirits in this world like ‘Detta’ Gleeson

At least 38 dead in Sudan mine collapse

Madagascar minister 'swims for 12 hours' after helicopter crash at sea

Experts optimistic Omicron peak may be over in South Africa 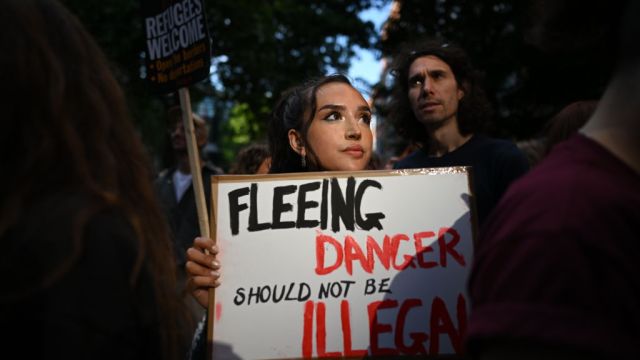 The British government has accused the European Convention on Human Rights of twisting the law in order to ground flights intended to airlift undocumented asylum seekers to Rwanda.

“The opaque way this court has operated is scandalous,” UK Home Secretary Priti Patel.said in an interview with the Telegraph newspaper published on Saturday.

The British government was on Tuesday thwarted in its attempt to send a handful of migrants on a charter plane to Rwanda, after the ECHR stepped in to issue injunctions cancelling the flight.

The plan to send some migrants to the East African country has been criticised by opponents, charities and religious leaders who say it is inhumane.

The government has been forced to fight a series of legal challenges in London courts to stop it going ahead.

Britain says the $A209 million deal struck with Rwanda will stem the flow of dangerous trips across the English Channel from France, and smash the business model of people-smuggling networks.

But the United Nations’ refugee chief called it “catastrophic”, the entire leadership of the Church of England denounced it as immoral and shameful, and media reports have said Prince Charles had privately described the plan as “appalling”.

British Deputy Prime Minister Dominic Raab said on Thursday Britain had no plans to leave the European Convention on Human Rights, but added the Strasbourg court which enforces it overstepped its powers in blocking the deportation of asylum seekers to Rwanda.

“The’ve not used this ruling previously, which does make you question the motivation and the lack of transparency,” the newspaper quoted Patel as saying.

The European court’s late intervention had led some in Prime Minister Boris Johnson’s Conservative Party to call for Britain to pull out of the European Convention on Human Rights altogether.