Who is Julian Assange and why does America hate him so much?

Trump staffers ‘not returning all records’

US to roll out massive aid for Hurricane Ian victims

Florida bracing for Hurricane Ian to ‘barrel across state’

US Capitol riot hearing postponed due to hurricane

Donald Trump and family are being sued for fraud

Donald Trump and family are being sued for fraud

Michael Pascoe: US is ramping up its war on China

US prepares for 21st anniversary of 9/11 terror attacks

Pilot arrested after threat to crash into Mississippi Walmart

Message to China: US defies Beijing and sends pair of warships into Taiwan Strait 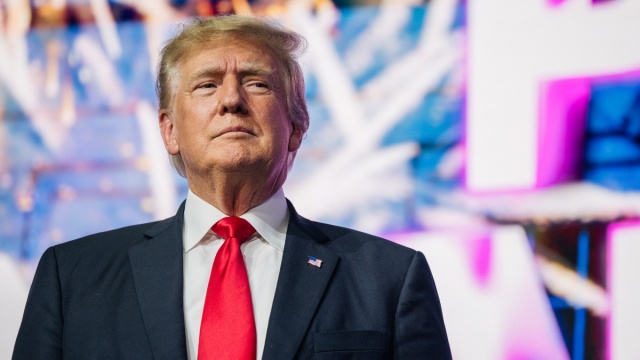 Donald Trump has lost a bid to delay a defamation lawsuit brought by a writer  after he denied having raped her, ahead of a deposition of the former US president scheduled for later this month.

E. Jean Carroll sued Mr Trump in November 2019, five months after he denied raping her in the mid-1990s in a Manhattan department store dressing room. Trump said “she’s not my type”.

Mr Trump in September sought to put Ms Carroll’s case on hold, after the 2nd US Circuit Court of Appeals in Manhattan left it to a Washington DC appeals court to decide whether Trump acted as president when he branded Carroll a liar in 2019.

On Wednesday, US District Judge Lewis Kaplan in Manhattan said completing the deposition of Trump before the District of Columbia appeals court rules “would impose no undue burden on Mr Trump, let alone irreparable injury”.

Roberta Kaplan, a lawyer for Ms Carroll, said in a statement, “We are pleased that Judge Kaplan agreed with our position not to stay discovery in this case.”

Alina Habba, a lawyer for Mr Trump, said, “We look forward to establishing on the record that this case is, and always has been, entirely without merit.”

“I don’t know this woman, have no idea who she is, other than it seems she got a picture of me many years ago, with her husband, shaking my hand on a reception line at a celebrity charity event,” Mr Trump said.

“She completely made up a story that I met her at the doors of this crowded New York City Department Store and, within minutes, ‘swooned’ her. It is a hoax and a lie, just like all the other hoaxes that have been played on me for the past seven years,” he said.

Then he grumbled: “Now all I have to do is go through years more of legal nonsense in order to clear my name of her and her lawyer’s phoney attacks on me. This can only happen to ‘Trump’!”

The post Trump must testify in rape accuser lawsuit appeared first on The New Daily.