Time to BeReal: The minimalistic app challenging the conventions of social media

EOFY most downloaded apps: Is traditional finance management on its way out? 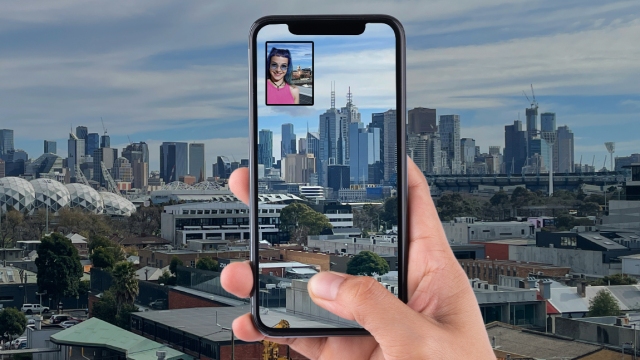 A bare-bones photo-sharing app has surpassed Instagram, YouTube and TikTok to become the No.1 most downloaded free app on the Apple store.

Garnering more than 2.93 million daily users in just two years, BeReal forgoes all the trims that you might have come to expect from a conventional social media app.

Unlike its rivals, BeReal has no followers, likes, hashtags or filters – and interestingly, not an influencer in sight.

As the name suggests, the app is aimed at creating a real, ‘authentic’ social media environment for its users.

So how exactly has a shockingly simple social media app (with barely any features) taken over the app store?

BeReal succeeds in its simplicity and minimalism, with little room to overwhelm its users.

Consider Instagram, for example. With feed posts, stories, reels and IGTV videos, it can be difficult for users to keep up with all the latest features and how to use them.

BeReal forgoes all the trims and flourishes, and keeps it simple.

The app sends a notification to its users once a day asking them to take a picture of what they’re doing.

‘Time to BeReal!’ the app’s daily prompt reads – a phrase that has quickly become an online meme.

The fun part? That notification can arrive at any time during the day, meaning users can hardly plan when to pose and pout for their next selfies.

To make the experience even more intriguing, the app takes a photo from the user’s selfie camera and exterior camera.

Plus, if you’re sick of extreme retouching or glamorous lighting, BeReal provides an even playing field.

There’s no chance for users to do a quick Photoshop or to even hold up a ring light (unless you want it to show up on the other side of the camera).

You have no option other than to, well, BeReal.

If you’re worried about who might see your photos, BeReal is comfortable and cosy in that it’s exceedingly private (for a social media app, that is).

Users’ BeReals are only viewable by their friends, unless they also opt to share them to the discovery page.

But there is a small catch: Before viewing any of their buddies’ BeReals, users must post a BeReal of their own.

As for what you can expect once joining the app? Prepare for plenty of food snaps, picturesque views, celebrity encounters, laptop screens and, occasionally, the wildly unexpected.

Though BeReal is flying high at the top of the charts these days, it has been a long time coming.

French entrepreneurs Alexis Barreyat and Kévin Perreau co-founded the app all the way back in 2020.

In a LinkedIn post from 2020, Barreyat said he was motivated to create BeReal after growing ‘‘tired and annoyed with all the bulls— on social media’’.

‘‘After being tired and annoyed with all the bulls— on social media, I decided to launch my own.’’

But along with popularity inevitably comes admirers – and copycats.

It was the first social media platform to not-so-subtly ‘borrow’ Snapchat’s hugely popular ‘Stories’ concept in 2016, following Facebook’s unsuccessful purchase of the app.

Instagram also briefly trialled a new TikTok-esque format, which it recently decided to call off following criticism from some of its biggest stars and influencers.

BeReal has become the latest app to come under Instagram’s gaze – its eerily-similar ‘Dual’ function arriving on the app last week.

Time will tell whether BeReal is able to hold up its momentum. Or, if like Snapchat, Instagram will leave the platform in the dust.

The post Time to BeReal: The minimalistic app challenging the conventions of social media appeared first on The New Daily.