Victorian Liberal MP Tim Smith has refused to make a decision on whether he will continue in politics after his “selfish, embarrassing” and “appalling lapse of judgement” on Saturday night.

The Member for Kew has fronted journalists early this afternoon for the first time since he crashed his car into another car and a fence then recorded a blood alcohol reading of 0.131 on Saturday night.

“I apologise profusely to my family, my constituents to the Liberal party, to my colleagues to everyone I’ve let down,” he said.

Mr Smith said he had made “the worst decision (his) life”.

“I am asking people to forgive me as a human being.”

Mr Smith told journalists he was still “going to reflect” on what his actions would mean for the future of his career and his life over the com.

Saying that at this point in time: “I won’t be resigning from the Parliament.”

“Does one error mean that a career is over forever? That’s the question,” he said.

Mr Smith resigned from the shadow cabinet on Sunday morning.

When asked why he wasn’t immediately stepping down from politics altogether, Mr Smith today said he was still committed to serving his constituents. 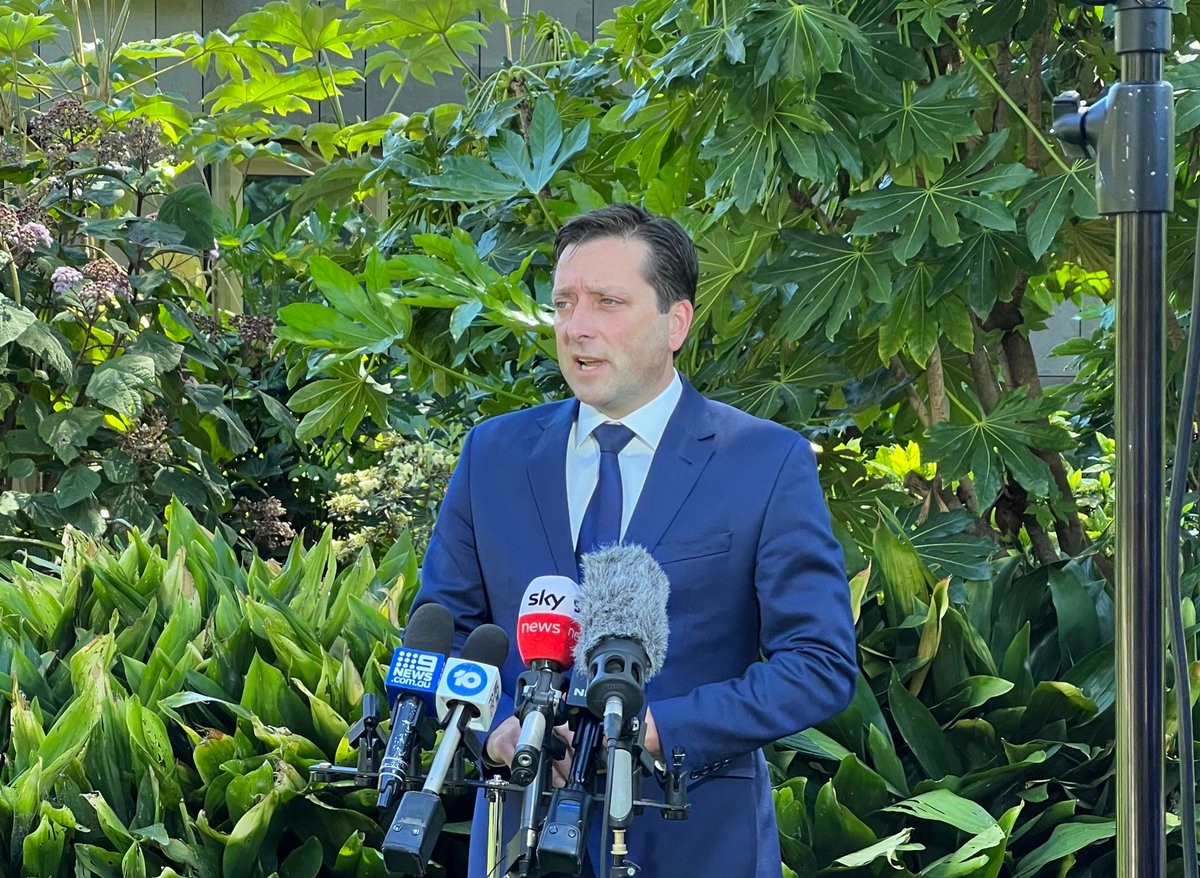 Mr Smith’s words have come after Victorian Opposition Leader Matthew Guy told the media he had advised Mr Smith he should not nominate for the seat of Kew for the next election.

“I made it clear to Tim he wouldn’t find his way onto to the front bench of any parliamentary Liberal Party I lead,” Mr Guy said yesterday.

Mr Smith confirmed Matthew Guy had given him “some very strong advice” which he would consider.

Mr Smith said that he had seen his GP about his alcohol consumption, and vowed that he would not continue to drink alcohol while working in politics.

“If I remain in public life I’m never touching a drop ever again.”

The MP said he had consumed a “few glasses of wine” at a dinner at a friend’s place in Kooyong on Saturday evening after not eating all day.

He said was was not an alcoholic and would not be making excuses, such as “the mental health card” for his actions.