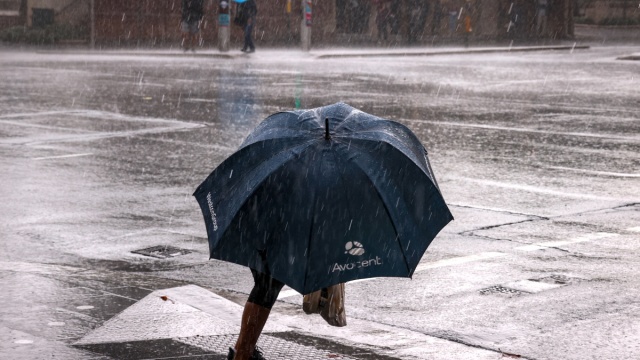 Australians across three states have been urged to brace for the “most significant rain event this year”, as days of heavy rain and storms descend.

Victorian authorities warned of heavy rain that would start on Wednesday, bringing the highest danger across the state from Thursday into Friday.

“From the very early hours of Thursday morning right through to Friday morning where we’re expecting widespread falls of 20-50 millimetres across much of Victoria, except, perhaps, the far south-west, East Gippsland and the north-east,” weather bureau meteorologist Kevin Parker said on Tuesday.

“Also higher falls of 60-100 millimetres about the Great Dividing Range and the northern catchments – and that’s where catchments are saturated and we’ve already got riverine flooding.

“Melbourne is at risk as well – not only of flash flooding on the Thursday, but also seeing river rises through Melbourne’s catchments.”

Nine flood warnings are already in place in Victoria and Mr Parker warned of dangerous wind gusts of up to 100km/h in higher areas.

“This is a concern, obviously, because where those damaging wind gusts are likely to be is where our forested areas are. So we’ll probably see some vegetation damage combined with lashing rain on the Thursday in those areas,” he said.

“And it’s not over yet. We are likely it have further incursions of tropical moisture leading to heavy rain across the state as spring unfolds and even into early summer.”

NSW is also on flood watch, with 100 flood warnings across the state ahead of this week’s downpours.

Heavy rain will lash western and southern NSW on Wednesday and Thursday. The Bureau of Meteorology said flooding was expected across numerous rivers in coming days.

There is already major inundation along the Murrumbidgee River, with people in Gundagai on high alert and flooding possible at Wagga Wagga.

Other areas of concern include Gunnedah and Wee Waa in the state’s north-west,  Warren, west of Dubbo, and Forbes in the central west.

Evacuation orders are current for parts of Dubbo, Wagga and the Hawkesbury area, north of Sydney.

SES volunteers have responded to more than 1000 calls for help since Friday night, including 155 in the past 24 hours, and conducted six rescues.

Some 450 emergency volunteers in the field were stretched across NSW “literally border to border at the moment”, Deputy SES Commissioner Daniel Austin told ABC TV on Tuesday.

In Queensland, there are minor flood warnings for the Bulloo, Lower Macintyre, Paroo, Bokhara and Barcoo rivers.

On Monday, the BOM released its severe weather long-range forecast into 2023.

It expects an increased risk of tropical cyclones and tropical lows and widespread flooding for eastern and northern Australia.

While there is “normal bushfire potential” in the eastern states, there will be an elevated risk of grass fires in southern Australia and a higher risk of prolonged heatwaves with higher humidity

The forecast also warns of a possible increase in the risk of thunderstorm asthma events if 2023 conditions are dry in late spring and early summer.