'Thought my brains had blown out': Five-year battle after work accident

Brent Fogo was living his dream on an Otago dairy farm in New Zealand, but it was shattered when a 200-kilogram gate fell on his head.

“I thought all my brains had blown out,” the 63-year-old said.

His subsequent legal battle seems a world away from the leafy Ivy League tertiary institution of Harvard University in Cambridge, Massachusetts – but it is very much linked.

LIVE UPDATES: The only continent where COVID-19 deaths are rising

The university’s endowment fund – the largest in the world – bought the Maniototo Big Sky Dairy Farm operation for more than NZ$28 million ($26.97 billion) in 2010.

For several years there have been reports the endowment fund – valued in June at US$53.2 billion ($72.6 billion) – has wanted to sell its New Zealand dairy farms, which were owned by its spin-off company Solum Partners, and managed by New Zealand company Otago Rural Management, Mr Fogo’s New Zealand employer.

Last month it was announced the New Zealand Rural Land Company, listed on the NZX, had bought the 3500-hectare Maniototo farms for NZ$61.4m ($59.14m).

The sale was expected to go unconditional on Wednesday.

The large-scale dairy operation included five farms. Mr Fogo did not usually work at the one he was sent to on the day of his accident on June 10, 2017.

An electric backing gate, which pushes cows into the shed, came off its rollers. Mr Fogo went to help put it back on but “it fell on me”. 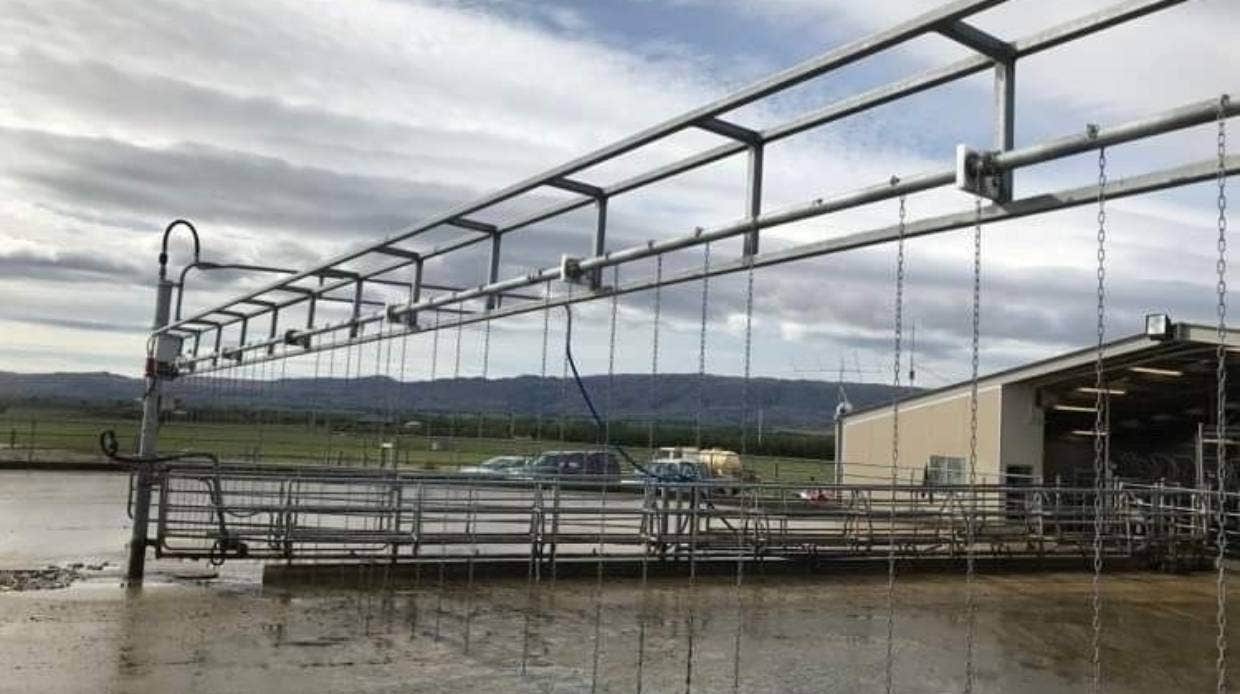 He was wearing a motorcycle helmet when it happened, but his health quickly deteriorated, and he went home.

He went to Maniototo Hospital in Ranfurly and the sole person on that Saturday – a duty nurse – gave him a codeine tablet for his headache and sent him home.

Mr Fogo returned to work but could manage only a few hours at a time.

“That was when the fun started,” he said.

Scans revealed he had suffered injuries to his head and neck, and he was advised not to return to work. 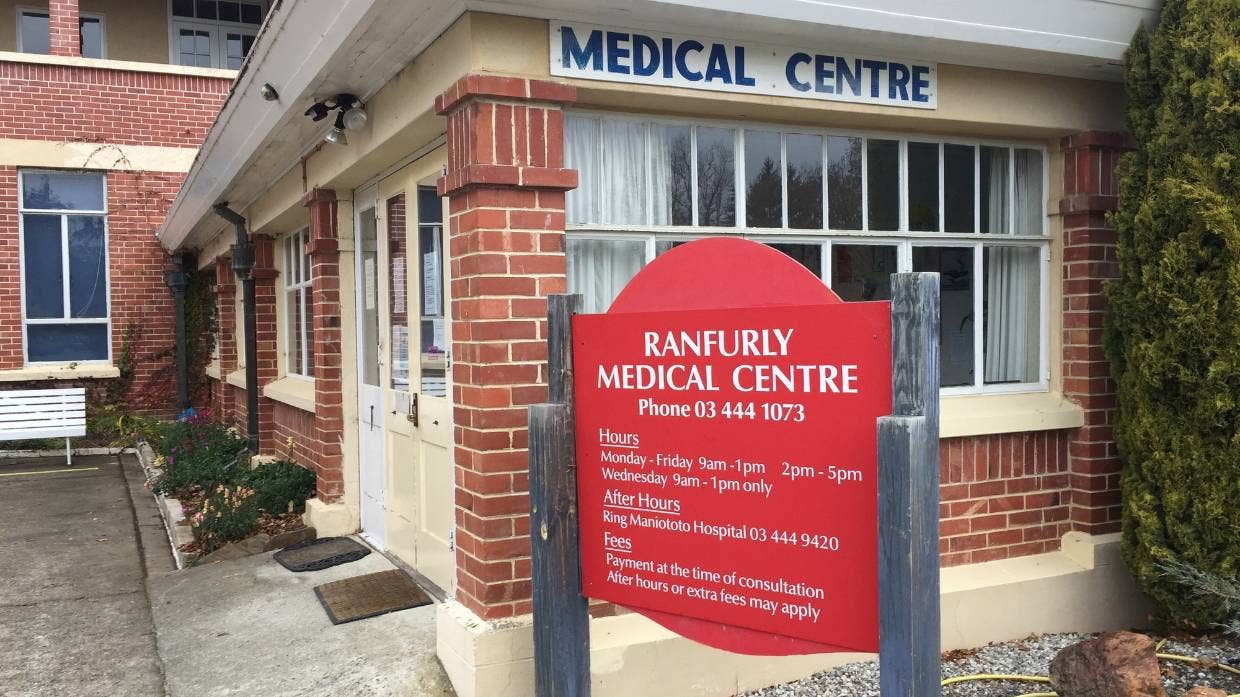 He was recuperating at home when a fellow dairy farmworker dropped off a letter advising him that he and his wife had 10 days to vacate their home on the farm.

The letter, sent by Graeme Martin of Otago Rural Management, said Mr Fogo’s absence from work was causing “operational and management issues” for the company, and his occupation of the home was “placing constraints on both staff requirements and the allocation of accommodation”.

Mr Fogo said that upset him, particularly as he had not received any messages or phone calls from management.

Now nursing a head injury, effectively homeless and facing losing his job, Mr Fogo requested a meeting with Mr Martin, who opted to phoned him rather than meet in person.

Mr Fogo said he was told he had no future at the farm and the best thing he could do for all parties was to resign and move on. 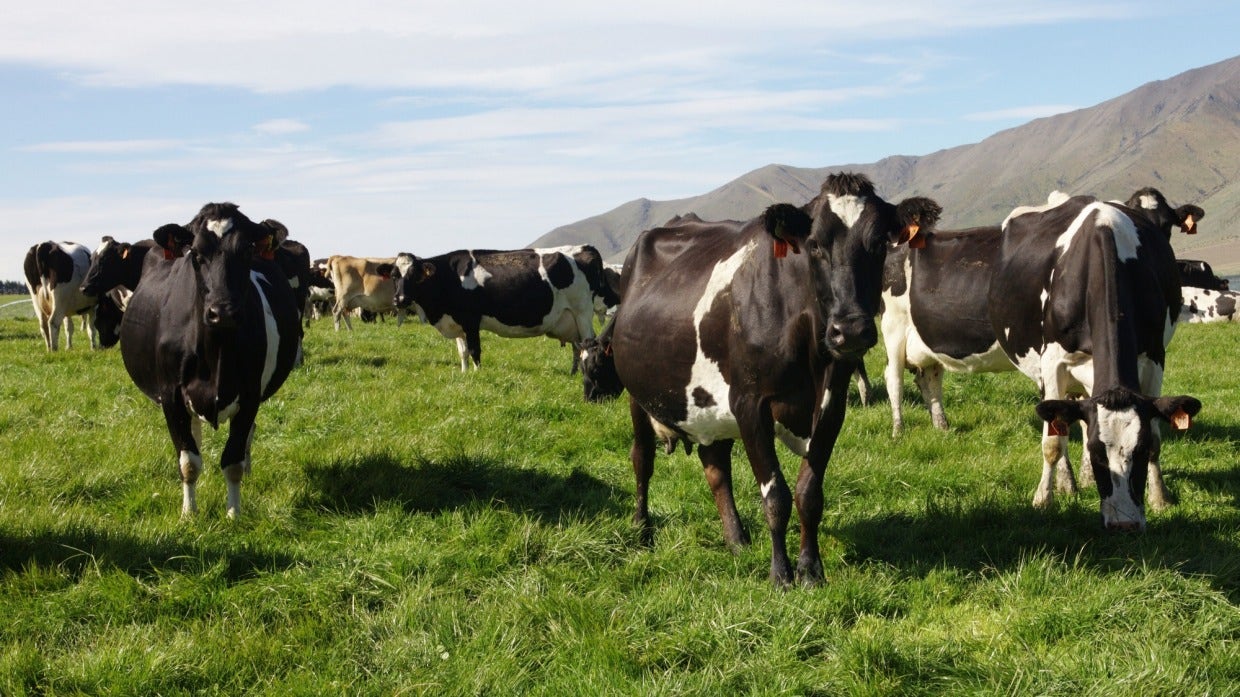 Instead, he sought legal advice.

“Despite the company’s risk register stating machinery should be used to lift heavy objects wherever possible, we found that the gate and roller were often lifted manually,” he said. 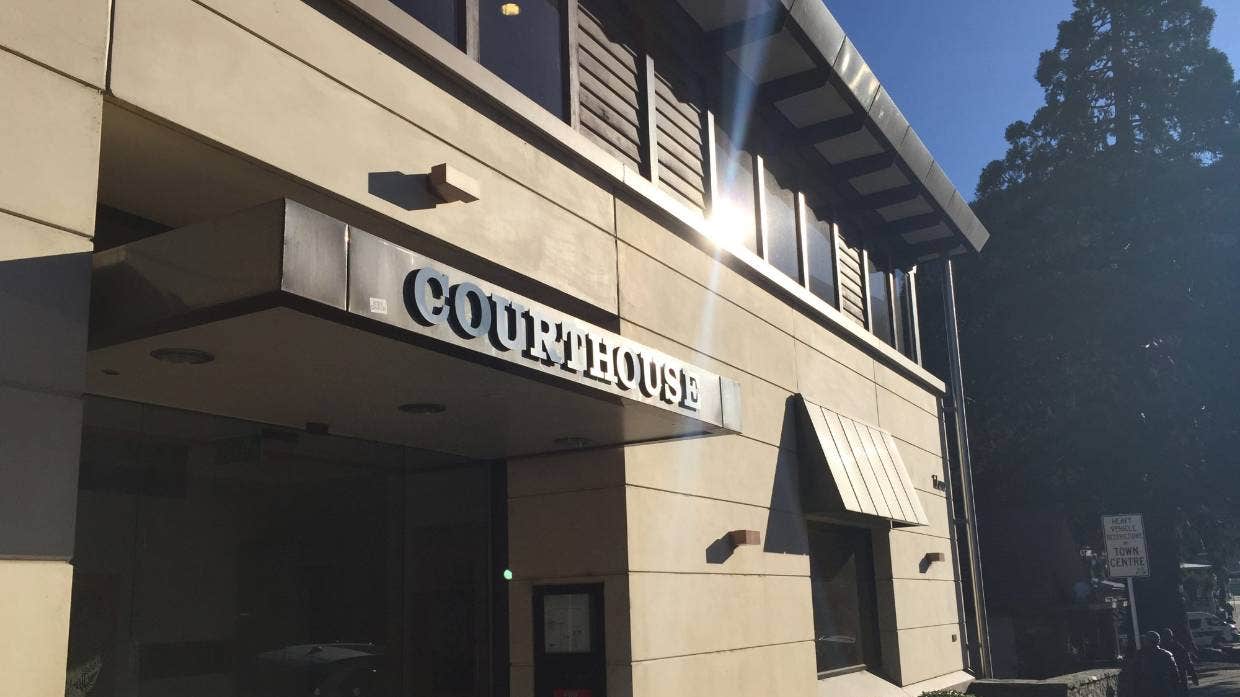 He noted the company had failed to carry out regular audits to ensure any equipment problems were fixed.

“They also had no clear policies in place or effective training to prevent workers from attempting to lift heavy machinery themselves,” he said.

In his victim impact statement for the court hearing, Mr Fogo said the accident had “drained almost all the pleasure from my life”.

“I have been a hard worker my whole life and a significant part of my identity and self-worth are tied up with my work,” he said.

“The loss of my ability to work since the accident has therefore been very difficult for me, both emotionally and financial.”

Mr Fogo said he was offered a settlement before the case went through court, but turned it down. 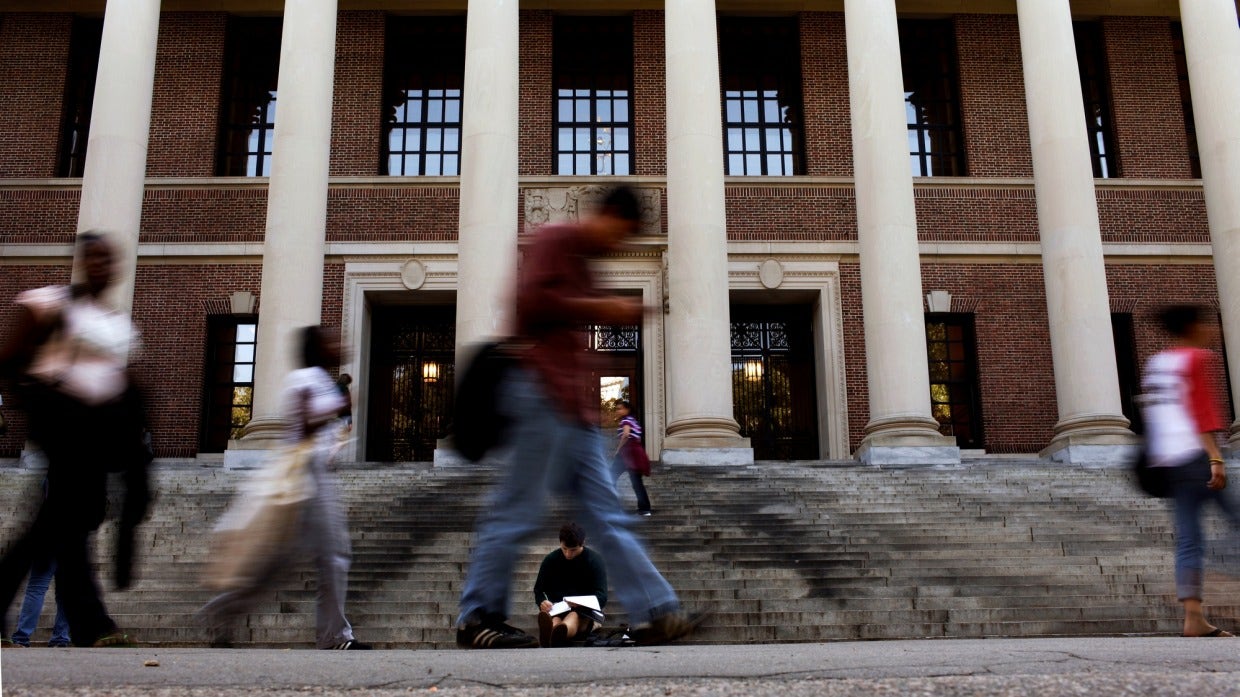 “It is only because of the work of Worksafe New Zealand that they have accepted any responsibility at all for their actions and started to understand how significantly those actions have impacted my life,” he said in his victim impact statement.

Mr Martin declined to comment about the case when approached this week.

“It is done and dusted … there is nothing to talk about,” he said.

Sources close to the case allege that despite not being named, the Harvard Endowment Fund paid the hefty fine.

“No comment,” Mr Martin said when the question was posed to him.

Both the Harvard Endowment Fund and Solum Partners did not reply to repeated requests for comment.

The Queenstown District Court confirmed the fine was paid, but the details of who paid was not recorded. 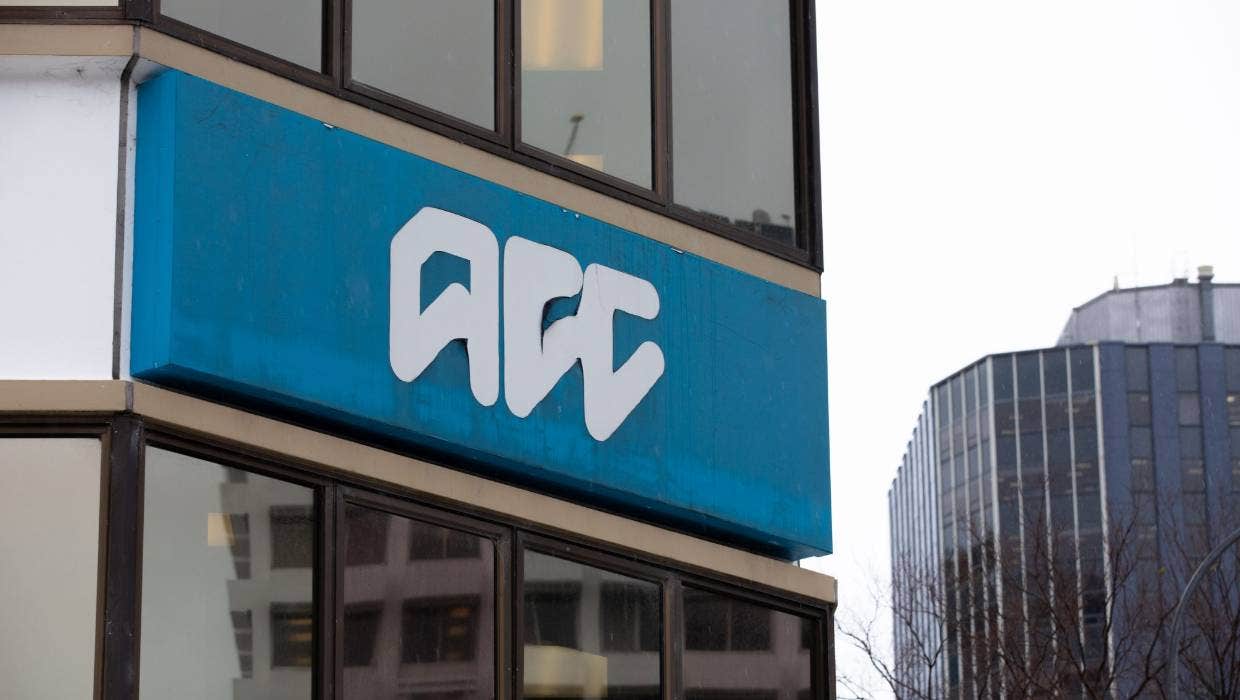 The court case did not mean Mr Fogo’s battle was over though.

ACC later ruled his ongoing headaches were a pre-existing condition.

An expert assessed Mr Fogo as overdosing on painkillers: at the peak of his pain, he was taking about 38 painkillers a day, but was able to reduce his intake to 15.

A near two-year legal battle unfolded as Mr Fogo covered his living costs out of his life savings rather than receive any benefits.

Mr Fogo’s case was heading for a review – the first stage of a challenge to ACC – in December, but late last month Sara received a call confirming ACC would pay Mr Fogo’s medical bills and some legal costs.

ACC now accepted Mr Fogo’s ongoing problems were due to the accident and the aftermath, as opposed to a pre-existing condition.

He had also taken a case against his medical insurer, Sovereign, which refused to pay out due to ACC’s initial decision.

On Wednesday he had another setback when that case was “knocked back”.

Mr Fogo said the nearly five years since his head injury had been difficult to deal with.

“All this grief that it has given me … it has been one thing after another,” he said.

As part of his victim impact statement to the court, Mr Fogo said: “At times there seems very little left to live for, but I am a strong-willed man and I live in the hope that the pain will start getting better, or the doctors will find something that helps, and that my life can return to the way it was.”

This story originally appeared on Stuff.co.nz and is republished here with permission.