There's an ancient boomerang, hundreds of years old, in this photograph

Four ancient wood boomerangs, hundreds of years old, have been found in a dried-up arm of Coopers Creek in remote South Australia.

The discovery was “significant”, a professor involved in the carbon dating of the objects told 9News.com.au, with the four boomerangs – including one with a wing span of one-metre – busting the misplaced belief of a “stereotypical returning boomerang”.

Instead, the four boomerangs showed the “diverse” range of activities they were probably used for, including fighting, hunting, digging, fire management and possibly in ceremonies, Flinders University Professor Amy Roberts said.

Radiocarbon dating revealed the boomerangs ranged in age from 1650 – 1830, a time spanning the two centuries leading up to European incursions into the region by explorers Charles Sturt, Robert Burke and William Wills.

Had it not been for severe drought exposing parts of Cooper Creek under permanent or near permanent water, the boomerangs may never have discovered near Innamincka, in SA’s far north east.

Katheryn Litherland, a traditional owner, and Jason Litherland, from National Parks and Wildlife South Australia, found the boomerangs while clearing rubbish left by visitors in a dried up creek bed in December 2017 and January 2018.

Following the discovery, keen to determine their age and document the artefacts, the Yandruwandha Yawarrawarrka community contacted Flinders University to help analyse the boomerangs. 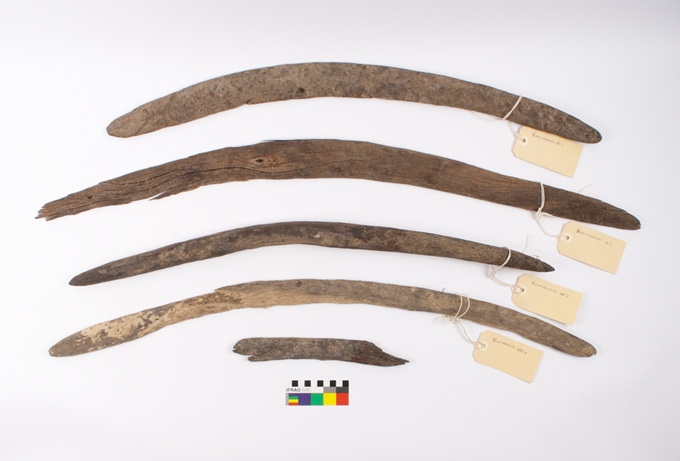 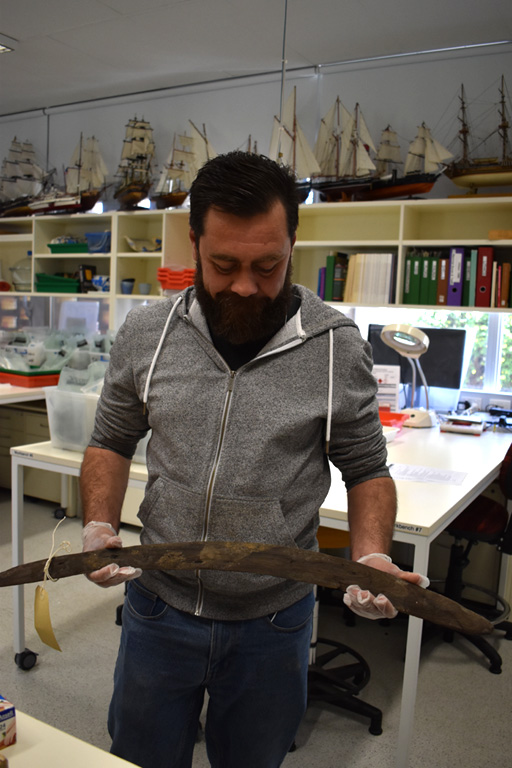 Under close examination, even before they had been radiocarbon dated, Professor Roberts could tell the boomerangs likely came before European colonisation.

“When we looked at them under the microscope you can see some of the manufacture traces on them, which we know have been made using stone tools or implements.

“Often after European invasion communities might have used metal implements … so we knew they were from a period where stone implements were being used.”

There are a lot of boomerangs from Aboriginal communities which have been collected all over Australia now exhibited in museums across the country, Professor Roberts said, “but they’re collected during the early period after European invasion.”

The Cooper Creek discovery was doubly rare, she said, “because there’s so few that are found like this, in-situ, like possibly where they were left”. 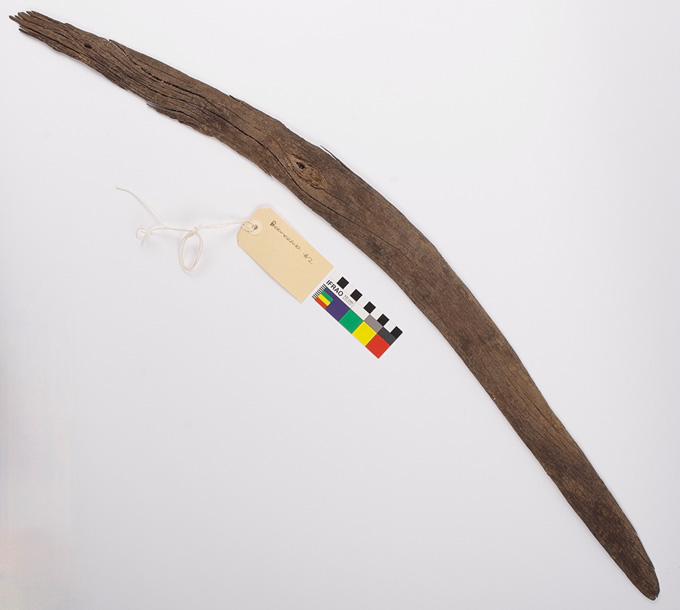 Ms Litherland, a Yandruwandha Yawarrawarrka traditional owner who found the boomerangs in the creek bed, said it was important to “protect and preserve” her people’s artefacts.

“That’s what our ancestors would want us to do,” she said.

“When you see them old people in whirly winds you know they are here watching and protecting our Country.”