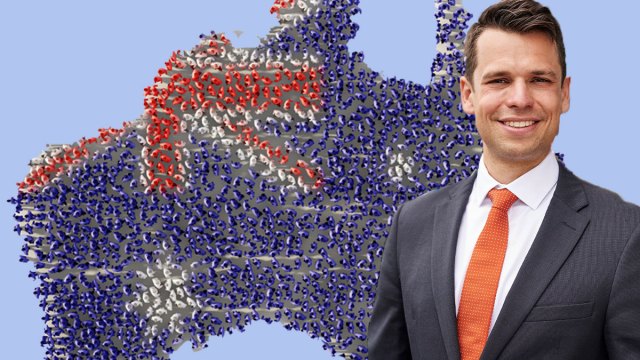 Last week I wrote about the young people that have left our inner cities during the pandemic.

Many readers wanted to know where exactly the Millennials settled. It makes sense that businesses and first home buyers want to learn where our largest generation settles now that they finally reached the formation stage of the lifecycle.

Millennials aged 30-39 are now leaving the inner city behind in search of family-sized housing, while the 22-29 cohort still needs a few years before thinking about kids.

People in their 20s made up the lion’s share of the population that left Australia during the lockdowns. International students and young skilled migrants were told early on that any governmental largess wouldn’t be extended to them. Naturally they packed up and left the country.

From June 2020 to June 2021, Australia’s lost about 150,000 people in their 20s. Businesses across all industries are now paying dearly for that gap in the population. It’s these young and still relatively cheap workers that are missing left, right and centre.

Now that we know the lay of the land, let’s go hunt for the areas in each state that people in their 30s vacated in the last year and where they decided to settle afterwards.

Victoria was the big loser of the pandemic population reshuffle. The population in their 30s declined by more than 5,000 people. This was not just due to people leaving the state, but due to folks not settling in a locked down Victoria.

Youngish Victorians left the inner-city behind. There simply isn’t enough family-sized housing stock available within the inner 5km of Melbourne.

The combined CBD (East and West) lost 800 people and Carlton (adjacent to the CBD) lost 400 people. Point Cook (South) lost 30-somethings too as it is a popular destination for migrants. The temporary share of Point Cook’s migrants was encouraged to leave the country for good – and plenty did. 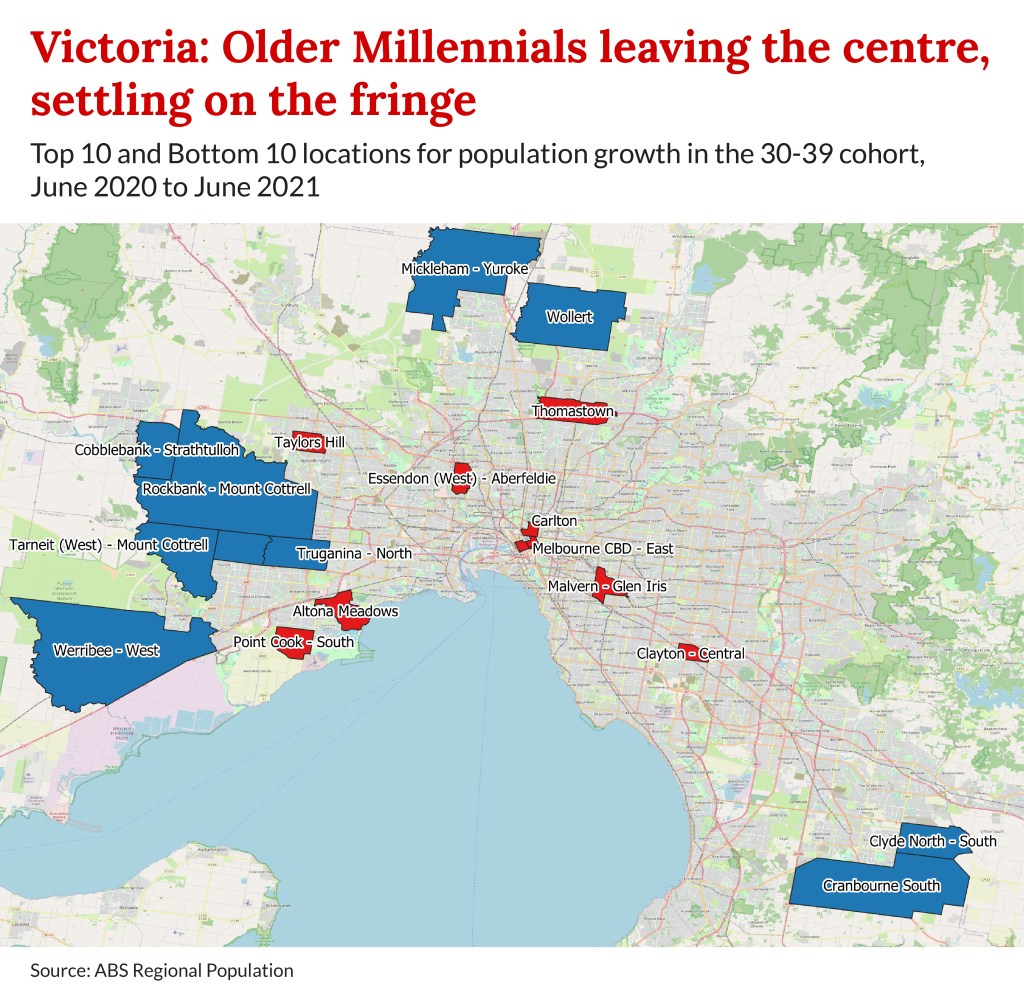 To find affordable family homes, they moved to the urban fringe. Mickleham boomed (+1,500), so did Rockbank (+1,400) and Tarneit West (+900). Families need three- to four-bedroom homes. The top 10 growth suburbs for 30-somethings all have enough space available to offer home and land packages at scale.

Queensland pulled off impressive growth in a national environment of negative net-migration. A truly remarkable feat.

Housing is cheaper in Queensland than in NSW and Victoria – the sunshine, of course, doesn’t hurt either. The working from home trend allowed many young knowledge workers to re-examine where they want to live. Why pay a premium for housing near the CBDs of Melbourne or Sydney when you don’t go to the office all that often? 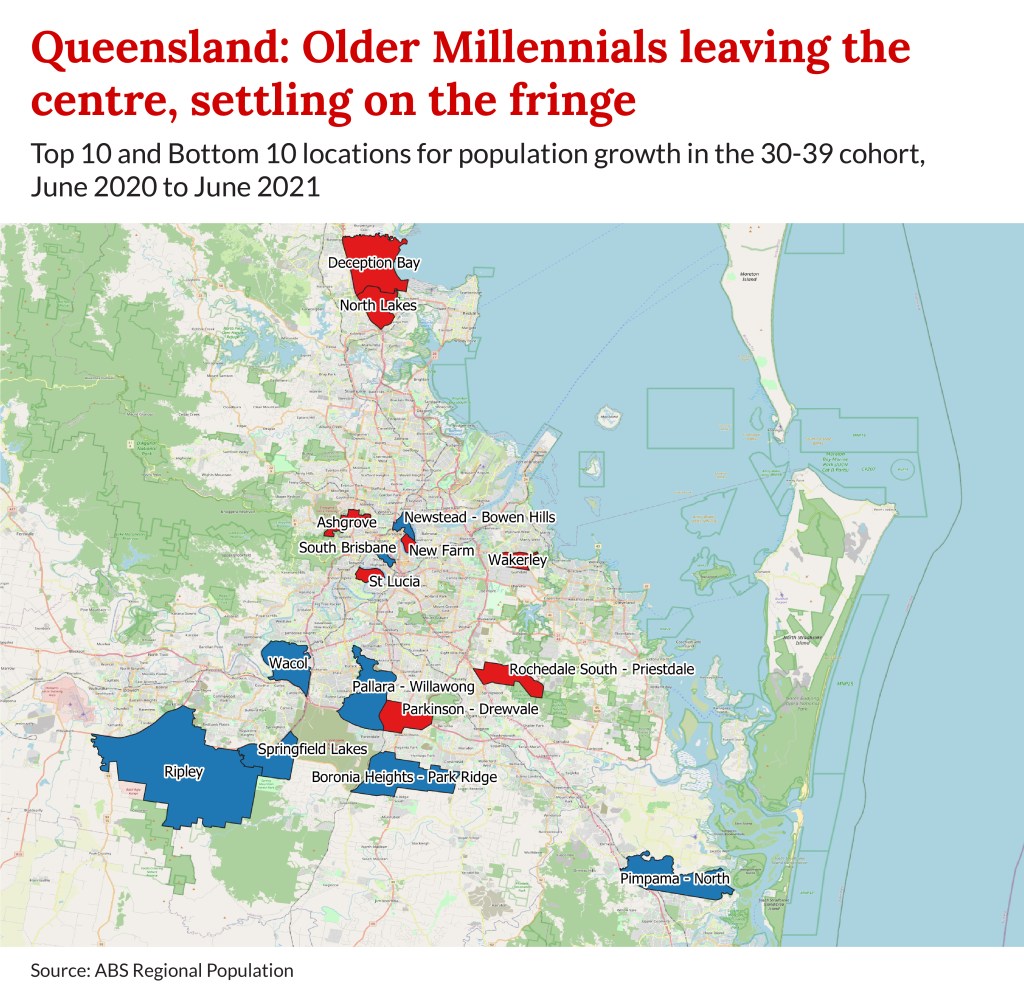 Queensland was always popular with retirees and now strengthens its population base with economically more productive young families. No areas saw mass exoduses of the 30-39s. North Lakes with a loss of 145 people was the most extreme example. Nothing to worry about here.

Young families are drawn to family-sized homes. All top 10 locations are very much outer suburbs of Sydney. The only exception being Sydney Olympic Park – a rare location that managed to make a sizeable amount of housing available in a relative central location. Marsden Park (+1,200) and Schofields East (+1,100) were the fastest growing areas. 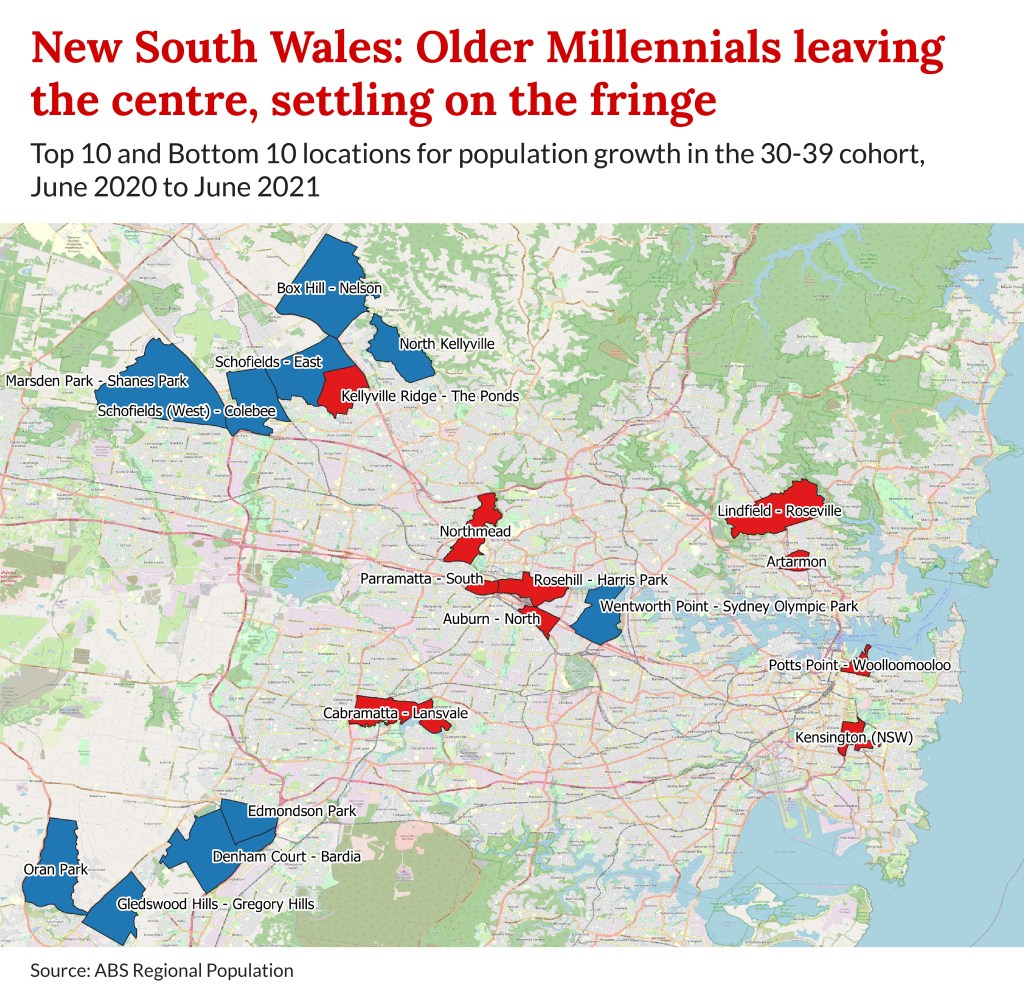 The areas in NSW where population in their 30s declined were either inner-city locations (Potts Point, Kensington) or multi-cultural hotspots that are home to lots of temporary-visas holders (Cabramatta, Parramatta).

The same general trend can be found in the other states. Have a look at your state in the data table above to see where the growth pockets for 30-somethings are.

These areas will see increased demand for family-focussed service offerings. The growth areas are usually quite a distance from the CBD. Do you think Millennials who just spent a pile of money on their home on the urban fringe will want to give up the privilege of working from home? Their new geography all but dictates the continuation of remote work.

The areas that the 30s-somethings left behind on the other hand, should see (relatively) soft housing markets – at least for smaller dwellings.

The post <i>The Stats Guy</i>: Where Millennial families are moving, settling and working from home appeared first on The New Daily.