The Stats Guy: The mateship has sailed as Australian values shift

Kirstie Clements: When Brad Pitt turns up in a skirt, you know times are changing

Giving out flowers on TikTok: A ‘random act of kindness’ or just benevolent ageism?

How your status, where you live and your family background affect your risk of dementia

Heat yourself, not your house: How to survive winter with a 15℃ indoor temperature

The Stats Guy: We’re entering the golden decade for volunteering in Australia

Affordable recipes: Fill up with these cheap and comforting winter warmers

Myrkl: The new anti-hangover pill said to break down up to 70 per cent of alcohol in an hour

The Stats Guy: Increase in Indigenous population a proud moment for Australia

Flat-Earth videos show how conspiracy theories spread, and can help us fight disinformation

How to save $50 off your food bill and still eat tasty, nutritious meals

The Ferguson Report: Greens fight Labor over emissions reductions to keep their jobs

Frankenstein: What Mary Shelley’s sci-fi classic teaches us about the dangers of playing God

The Stats Guy: We need (much) more public housing in Australia

Jurassic World Dominion: a palaeontologist on what the film gets wrong about dinosaurs

The Stats Guy: How we can ease the skill shortages plaguing Australia

Men think they’re brighter than they are and women underestimate their IQ. Why? 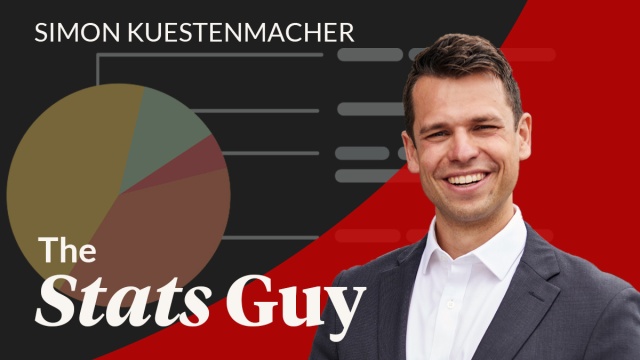 What do you value in your life? What do you really care about? What do you think Australia collectively cares about? Mateship, a fair go, freedom, equality?

Asking yourself what you value isn’t as easy as it sounds. Do I value freedom? Sure, who doesn’t? How about compassion, work ethic, and physical health? Yeah, these are important too!

I like the approach that global opinion and research firm YouGov took in their report for Havas Labs to figure out what the Australian values are.

Then they had research participants sort these 25 values in order of relative importance to themselves (What do I care about the most?) and to the nation (What does Australia care about?).

Sorting things is a clever little twist researchers use as the lowest ranked item isn’t seen as unimportant but merely as less important. The result is a somewhat meaningless percentage figure that indicates relative importance of values.

Let’s not get hung up on the numbers but, rather, look at the position of certain values when ranked according to various personal characteristics.

Let’s cut to the chase. What are the Australian values?

For the nation as a whole, the top values have a bit of a cliché feel to it. The number one Australian value of equal opportunity is just a fancy way of saying everyone deserves a fair go. Freedom came in a close second – not very surprising after two pandemic years of curtailed freedoms.

The classic Australian value of mateship ranks third, followed by evergreen values like honesty and security.

What are the values that the nation values the least? Remember, that doesn’t mean that Australia thinks these are terrible, merely that the other 24-or-so values are more valuable.

Nonetheless the list reads like a joke on Australia’s expense. Intellectualism? No thank you. Creativity? Overrated. Entrepreneurship? I don’t like turtlenecks. Arts and culture? Oh, Gawd. Achievement? Nobody likes a tall poppy. Anything that gets promoted in a TED talk and Australia turns its back.

That’s what we think the nation cares about. What is it that we care about the most as individuals?

Let’s compare the things people say they value individually with what they think the nation values. Honesty is the most important value and moved up three spots. Freedom again comes in at rank two. Equal opportunity falls from first spot to third spot. Compassion didn’t even feature in the top 10 national values and now ranks fourth – tolerance also is a new entrant in the top end of the ranking.

How do I explain these differences? First and foremost, individuals value things more that are within their own locus of control. We are personally responsible for being honest, compassionate, and we control how hard we work. We still care about equal opportunity and security but acknowledge that these are somewhat out of our control.

My favourite bit from this research is to compare the values of Baby Boomers with those of Gen Z. These two generations are 40 to 50 years apart. One generation is slowly entering the workforce while the other is slowly leaving the world of work. Let’s see where and how their world views differ.

The starkest differences in values between Boomers and Zoomers (how can I resist to use this popular cliché phrase?) are probably linked to their respective stages in the lifecycle. The young Zs care heaps more about intellectualism (rank 10 out of 25) than Baby Boomers (rank 23). I think this difference can be explained by Gen Z still largely being engaged in education themselves.

Gen Z also focusses much more on achievement (rank 12) than Baby Boomers (rank 24). Young generations have always been focussed much more on making a name for themselves than the older generations, which already have a few achievements to call their own. Sustainability makes the top three of Gen Z (rank 3) while it lands in the middle of the table for the Boomers (rank 14).

On the other hand, Baby Boomers value tolerance (rank 7) much more than Gen Z (rank 21). The young people of today probably think that merely tolerating another person isn’t enough anymore? A similar picture emerges regarding the value of tradition.

Obviously, older generations value traditions more – they helped to create or maintain those traditions. Throughout the ages, young people have always tried to deconstruct, to reform, or even to overthrow longstanding traditions. This very much is the role of the young.

I’ve been raised in a family that taught me it was better to lose a good friend than to waste an opportunity to tell a bad joke (or make a bad pun). This dataset offers a wonderful opportunity for a terrible joke. The young Gen Zs (rank 6) value the good old Aussie value of mateship less than their Baby Boomer counterparts (rank 4).

The mateship has sailed! Bruhaha, what a pun. The opposite is probably the case. The relative value that generations assign to mateship fell with each generation until it reached Gen Z and saw a resurgence.

The Australian mateship might’ve sailed previously but it is now back on the horizon.

The post <i>The Stats Guy</i>: The mateship has sailed as Australian values shift appeared first on The New Daily.