The kids are all right: Fewer COVID-19 vaccine side effects

Mother guilt: If you’ve escaped its claws, patent the antidote and you’ll make a packet

Sarah remembers the moment an amusement ride sent her plummeting to the ground. She wants more to be done to stop it happening again.

Unhealthy body image? Get among the trees, give yourself time to think

Madonna King: Teachers are the first people we should consult about educating our children

‘Put an end to this’: George Christensen sparks more outrage over anti-vaccine comments

Pregnant? A diet rich in choline improves focus in children

Cost of raising kids skyrockets due to food and technology 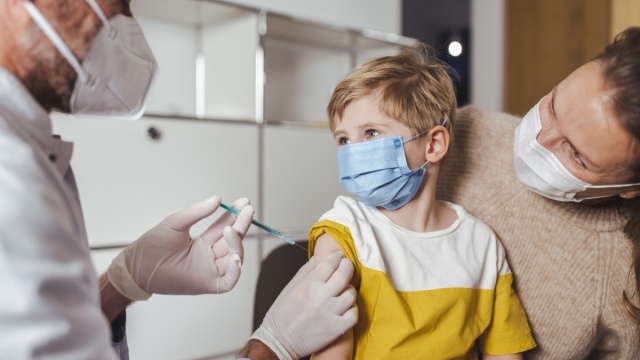 Early this year, Flinders University published a paper that looked at the risks associated with vaccine hesitancy among parents and pregnant women.

In short, these were people worried about the safety of vaccines being given to their children – those getting about on two frisky legs or those still in utero – and they were vulnerable to misinformation and, potentially, conspiracy theories.

(You can read the paper here.)

Some such people will be encouraged by a new report on the extent of side effects in children aged five to 15 who received COVID-19 mRNA vaccines.

Australian children aged five to 15 years have reported fewer side effects in the days following mRNA COVID-19 vaccination than those reported in clinical trials and published safety data.

In other words, in real-life conditions, children are showing good tolerance for the mRNA vaccines, a platform that emerged as a response to the pandemic – and because of its newness, has been at the heart of anxiety among vaccine-hesitant parents.

In children aged five to 11 years:

The most common side effects in both age groups were pain, itching, redness and swelling (at injection site) as well as fatigue, headache and muscle/joint pain.

The researchers say that these vaccine side effects were “generally mild and short lived, with most resolving within one day or less”.

They say the rate of side effects reported “was similar across sex and Indigenous status, but increased with increasing age and was higher for children with parent-reported chronic medical conditions”.

What the researchers say

Lead author Associate Professor Nick Wood, associate director of Clinical Services and Vaccine Safety at the National Centre for Immunisation Research and Surveillance (NCIRS) said: “Australian data analysed to date are extremely reassuring and side effect rates in children aged five to 11 years are below what has been observed internationally for this age group.”

He said that “importantly, fever, which is a concern in children under six years of age due to the potential for febrile seizures, was low in the youngest age group and similar to that seen following annual influenza vaccination”.

He said no self-reported cases of myocarditis or pericarditis were identified in this study and “these data provide confidence to parents on the safety of mRNA COVID-19 vaccines used in Australia”.

Surveillance of COVID-19 vaccine safety in children is ongoing.

The new study containing these findings has not yet been peer reviewed. It has been published as a pre-print.

The post The kids are all right: Fewer COVID-19 vaccine side effects appeared first on The New Daily.