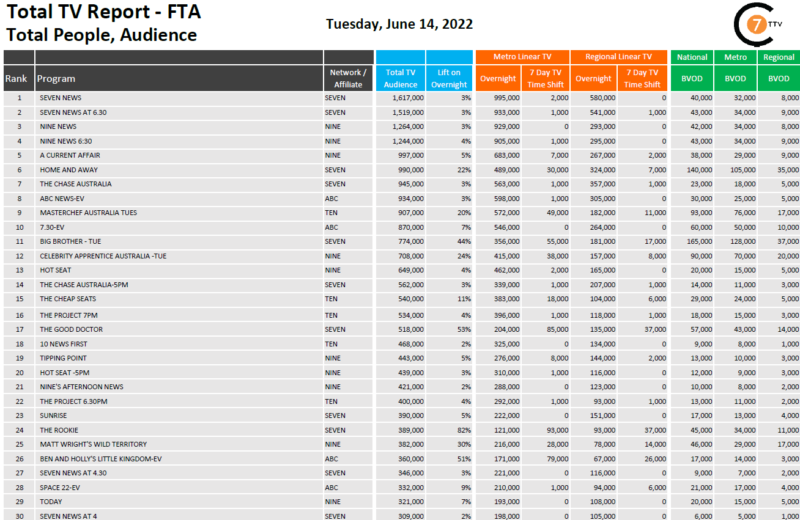 Nine was No.1 in the key demographic GS + Child on Tuesday night and had the largest primary channel and network share in Total People with a 19.3% share in primary and a 26.8% share in network. pic.twitter.com/ccajyuSi3J

Next in entertainment was Ten’s MasterChef, which brought in a metro audience of 583,000. The program also won all three key advertising demos.

In the latest Daily Consolidated Total TV Report for 11 June, Tuesday’s Seven News was the #1 program nationally across linear, with 1.617 million viewers, including 40,000 on BVOD, and uplift of 3%. The biggest uplift of the week was an episode of The Rookie on Seven with an uplift of 82% and aired to a total audience of 389,000.

Looking back at Tuesday’s ratings, and next in entertainment was The Chase Australia on Seven which aired to an average metro audience of 525,000 viewers.

Nine also won the primary channel share, and the top-rating multi-channel on Tuesday was 7TWO with a share of 4.2%.