The Brolga so excited for rain it dances

As the rain seeps into the red clay of outback Queensland, locals and wildlife alike are rejoicing.

But one animal, a brolga named Barry, is particularly excited.

The 24,000-acre cattle farm near Tambo has received “about an inch and a half” of rain over the last two days.

Ms Hauff told 9news.com.au any rain is good rain, as the farm has struggled through years of drought.

“It all helps. It would be great to get some surface water so the dams fill but we’re lucky here.

“We still have some grass – a lot of other properties have been struggling through drought.” 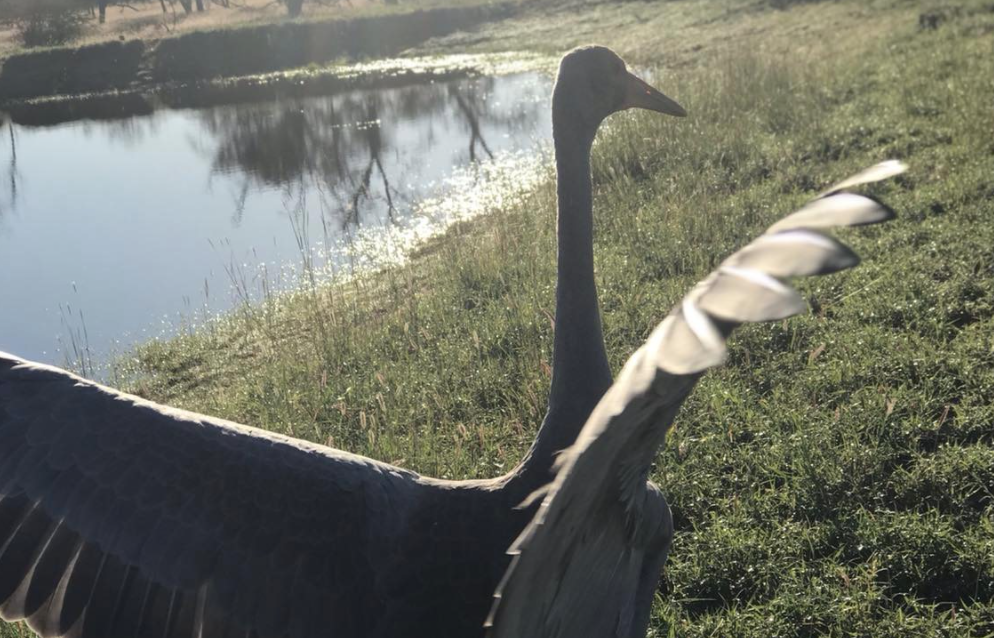 The rain is also welcome news to Barry, who was rescued by Ms Hauff last summer.

The bird was struggling to hatch in the heat and ants were quick to capitalise on that.

“I took my son and daughter out to look at two hatching eggs, and Barry was covered up to his neck in black ants,” she said. 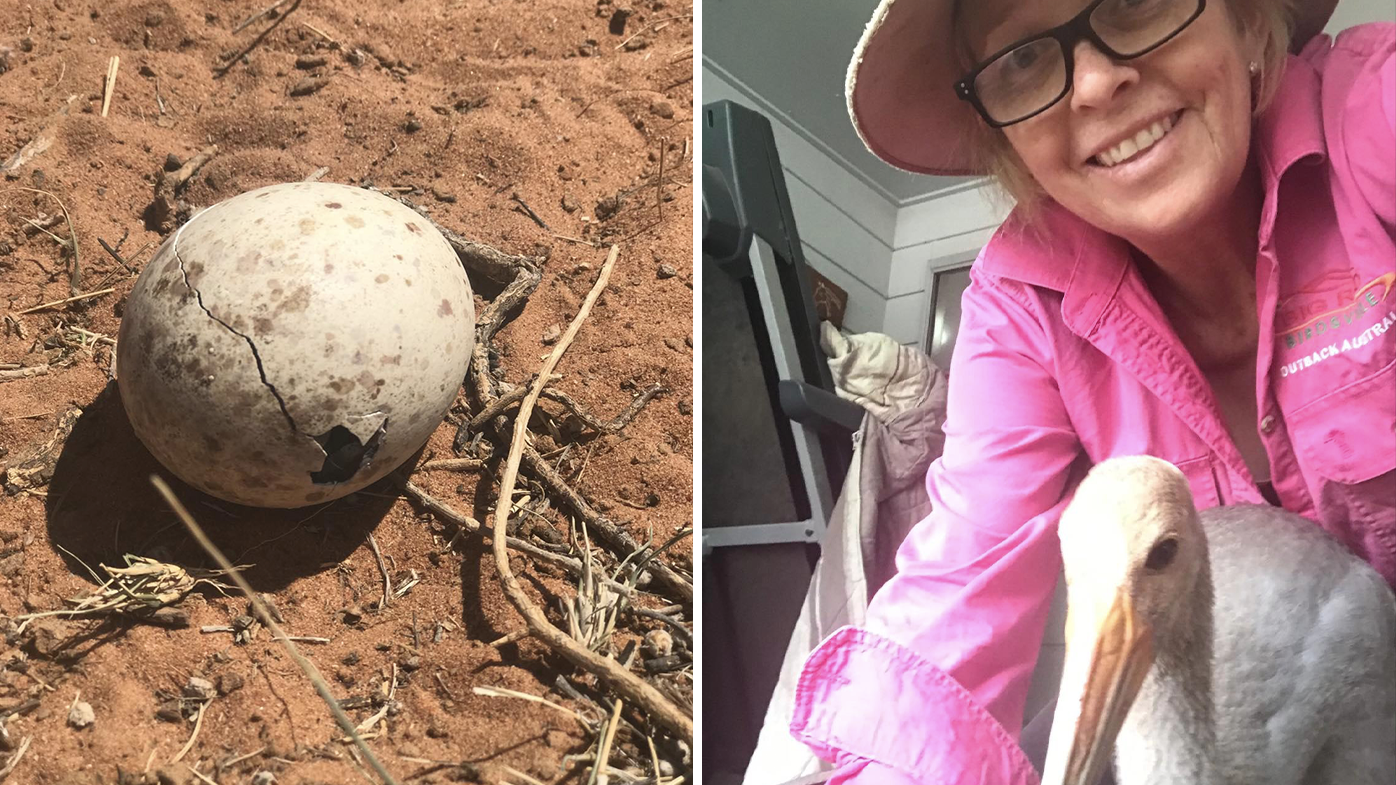 “So we took them back to our place. Barry survived but the other hatchling sadly died from injuries by the ants.

“I tried to take Barry back to his mum and dad after he recovered, they looked at him, but then flew off.”

Since then Barry has proved a fixture of the Hauff family. 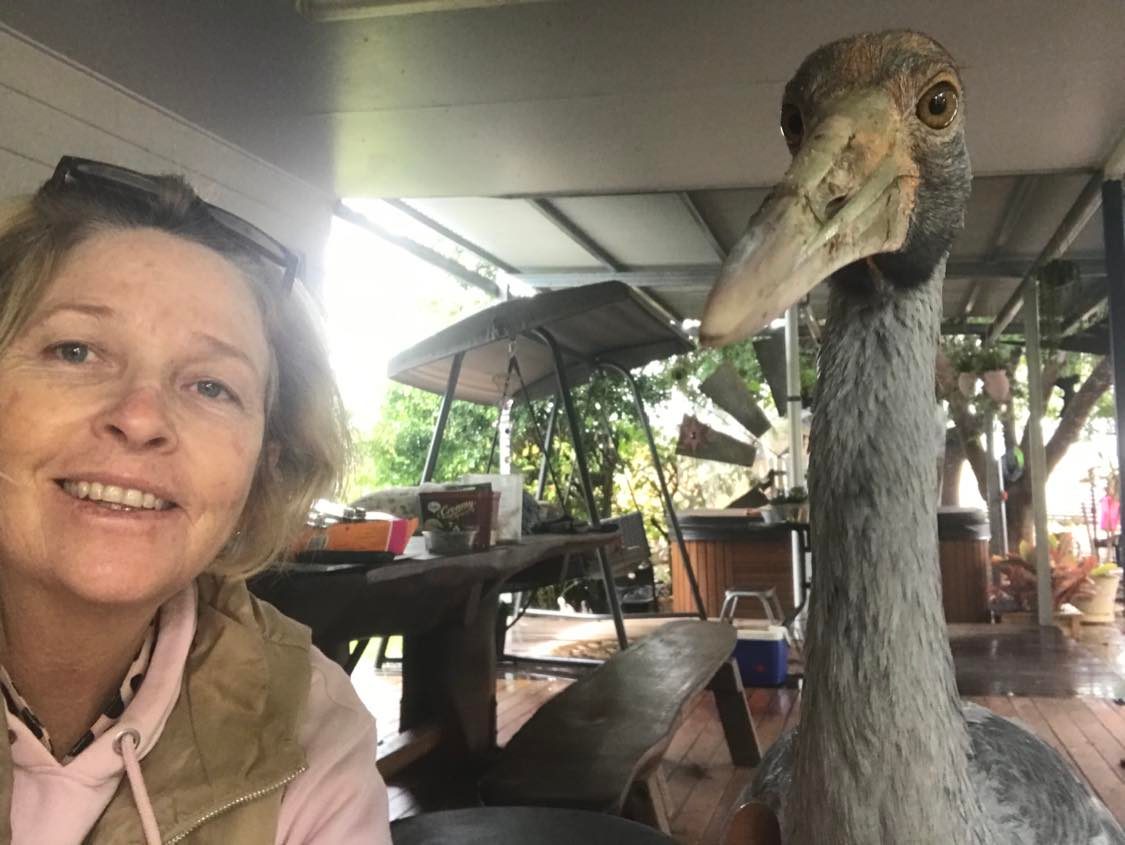 Last February as the first rains for years started to fall, the excited brolga broke out in dance.

It was the young brolga’s first time experiencing wet weather. “I play music for him and he’s always dancing along. There’s more rain forecast for today so I’ll have my camera handy.

“He just loves being around us and he’s just started flying. We love him to bits and we try and let him be as free as possible.”

The Brolga is a species of bird that can reach a height of about 1.4 metres.

It’s found across tropical northern Australia, throughout Queensland, in parts of western Victoria, and central NSW.

While the rain is welcome news for drought-hit communities, it’s wrecking havoc for other parts of Australia.

The rain is the result of a slow moving low pressure system, which is currently sweeping across the east coast of Australia.

There are dozens of flood and weather warnings in place across south eastern Queensland and northern New South Wales.