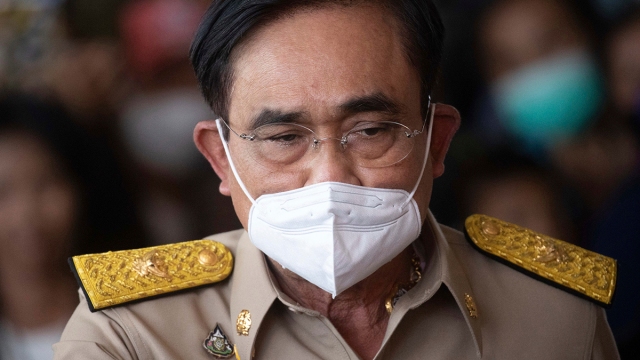 Thailand will require psychological evaluations for anyone trying to buy a gun and will launch a sweep for drug addicts, the prime minister says in response to a massacre centred on a daycare centre.

The rules are among a raft of measures introduced by the government since a former policeman who was discharged for drugs went on a knife and gun rampage last week, killing a total of 37 people, including 24 children and himself.

The attack shocked the country and prompted a government call for law enforcement agencies to tighten gun ownership rules and to crack down on drugs.

“There are overlapping problems between the use of guns that cause violence and behaviour caused by drug addicts and users,” Prime Minister Prayuth Chan-ocha told reporters after chairing a meeting on guns and drugs.

Under the rules, anyone applying for a gun licence will have to undergo a psychological evaluation and present a character reference from an employer or authority.

Registered owners who have reportedly “behaved in ways that threaten society” could see their licences revoked.

Current or former members of the police or military will undergo regular evaluations for gun ownership.

The government also plans to introduce legislation that would allow people to hand in unregistered guns without facing penalties. Illegal weapons, often brought in from strife-torn neighbouring countries, are common in Thailand.

It was unclear when the new rules would take effect.

Krisanaphong Poothakool, a criminologist at Rangsit University, said the government was “on the right track” with gun control.

“The next challenge is to have these evaluations on a platform accessible to all relevant people to ensure effective enforcement,” he said.

The Prime Minister has also ordered the police and other officials to spend three months to identify drug addicts and get them into rehabilitation.

He likened the search for drug abusers to “X-raying the community”.

But experts worry a heavy-handed approach to drugs risks turning back narcotic reforms after parliament last year passed a bill that prioritises prevention and treatment over punishment for small-time drug users.

“The country just went through drug reforms in part to improve access to treatment and lower the prison population, and we can’t afford to see a reversal,” said Jeremy Douglas, regional representative of the UN Office on Drugs and Crime (UNODC).