A murder of crows has been terrifying pedestrians on the Gold Coast‘s Caville Avenue, captured swooping at passersby in what experts are calling a rare display of aggression.

The three crows have been seen terrorising people and have been reported to the local council.

“They don’t seem to hit anybody, they are just scaring the crap out of people,” Mr Jones said.

“It’s not to be expected, it’s still really unusual, but some crows have taken to doing it. Nobody really understands why.” 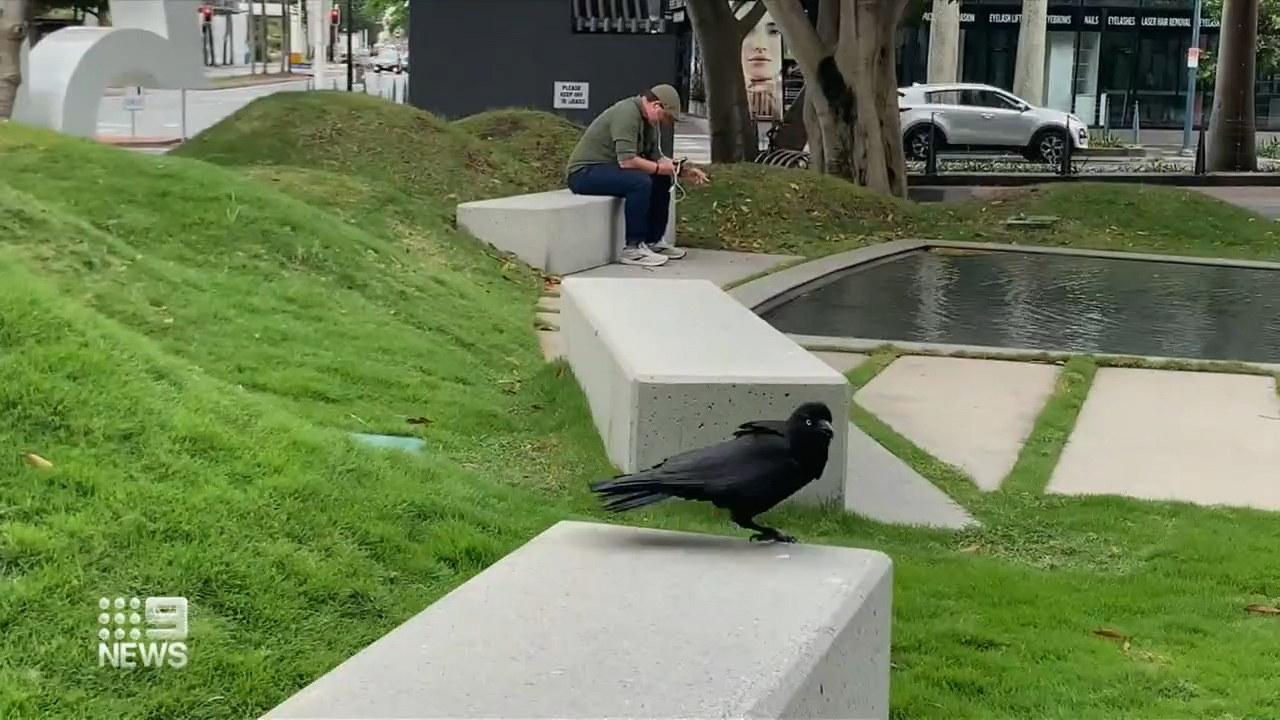 He said the birds were highly intelligent and tend to hold grudges towards specific people.

“They will remember individual people, they will swoop them and probably give their lives hell. So if you’re getting swooped by a crow, go a different direction until the crows have finished their breeding season,” Mr Jones said.

While all reports of swooping birds are investigated by council, some are more difficult to catch and relocate than others. 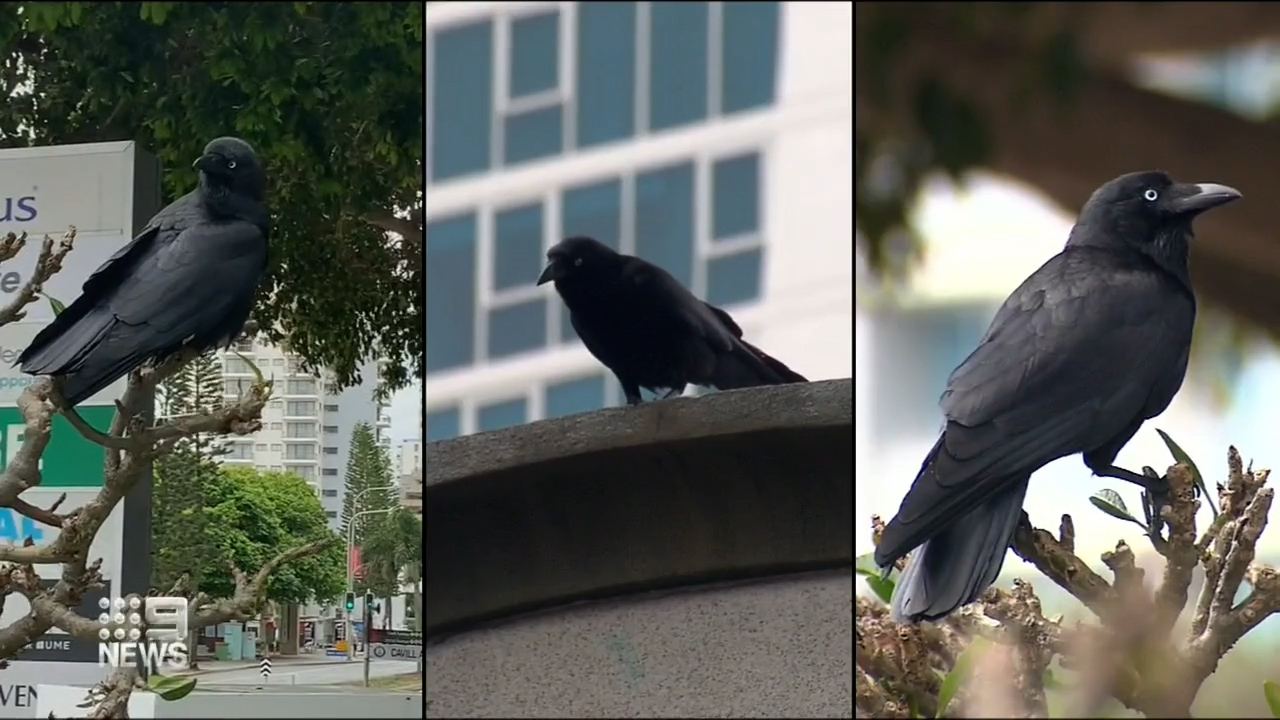 The most common swooping culprits over spring tend to be magpies defending their nests, with experts warning people to be aware of swoopers from July through to December.

Residents are recommended to avoid areas where it’s evident a bird may be nesting.

Making eye contact with the bird may make it less likely to attack you, with sunglasses recommended to protect your eyes.

If you are being swooped, it’s recommended to walk away, not run.