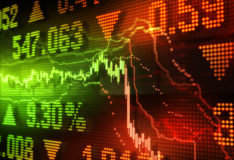 After last week’s obliteration of the value of most media and tech stocks, things are looking up across the board for holding companies.

Last week saw the ASX suffer its biggest weekly loss since 2020, but investor fears of a global economic downturn appear to have tempered as the ASX makes a recovery this week. Rising interest rates and fiscal policies enacted by the RBA and US Federal Reserve saw investors collectively fearing that attempts to curb inflation were threatening economic growth.

This week, the ASX is beginning to make a steady recovery, after stocks across the board were pummeled last Friday, leading to six-month lows for many ASX-listed media, advertising and marketing companies. While recoveries were milder and weaker on Monday this week, today’s market sees shares inching towards increased value.

Read on for a news wrap of this week’s ASX-listed media, marketing and advertising stocks.