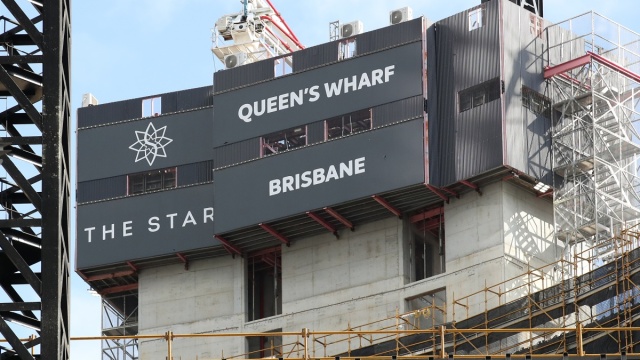 Star Entertainment will soon learn if it’s still fit to hold a casino licence in Queensland, two weeks after the gambling giant was condemned by the NSW regulator.

The Queensland government will on Thursday release former judge Robert Gotterson’s report after an inquiry into the ASX-listed casino report.

Mr Gotterson will recommend that Star’s casinos in Brisbane and on the Gold Coast go fully cashless, the Courier-Mail reports.

He will also advise that Star patrons use cards linked to their identification and set their own loss limits before gambling.

However, it’s unclear if Mr Gotterson has decided if the company is fit to hold a casino licence in Queensland.

The Queensland inquiry, ordered after revelations emerged in the NSW probe, has heard serious allegations about Star’s conduct in the northern state.

Former acting chief executive Geoff Hogg admitted Star wasn’t fully upfront with the Queensland regulator when it changed a policy in order to conceal $55 million in banned transactions from a Chinese bank.

Star also allowed people banned from its interstate casinos by police over their alleged links with criminal gangs to gamble in Queensland.

It allegedly “pursued” some of them by giving them free private jet flights, luxury accommodation, and gifts including a $50,000 Rolex watch, the inquiry heard.

Star owns and operates the Treasury Brisbane and The Star Gold Coast casinos, and is building the $3.6 billion Queen’s Wharf resort development in Brisbane, which is due to open next year.

Last month, the NSW regulator found that Star repeatedly breached the law, misled banks and had been infiltrated by criminal elements.

Mr Hogg resigned after the NSW review found the company unfit to hold a casino licence in the state.

The post Star to learn fate after Queensland casino probe appeared first on The New Daily.