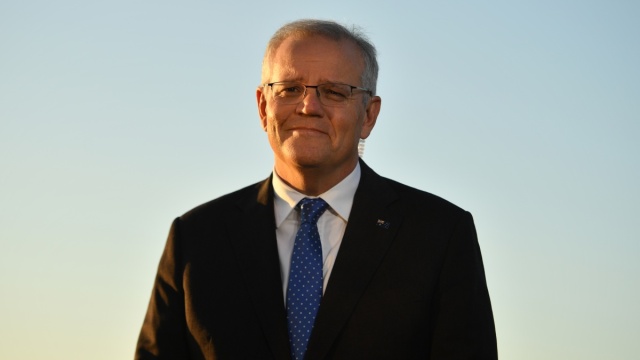 New details are providing a conflicting picture of the role played by Scott Morrison’s top advisers and the public service in bypassing cabinet government and his secret assumption of so much ministerial power.

There have been calls for senior advisers to face scrutiny about the role they played as Mr Morrison restructured a system of responsible government in ways later described as fundamentally undermining it.

But one top Morrison aide has told The New Daily that the blame lies with the prime minister’s department which, they alleged, was expressly offered a chance to provide input into the ministry move before it happened, but provided no advice and carried out instructions.

Phil Gaetjens, the former Liberal adviser handpicked to lead that branch of the public service, did not return a phone call on Wednesday.

Now the role of the controversial head of Australia’s intelligence services, and former Liberal adviser, Andrew Shearer, is coming into focus.

Evidence has emerged this week showing he was at the centre of Morrison’s invention of a one-man cabinet committee that, despite its name, totally undermined collective decision. making.

The Office of National Intelligence (ONI) boss did not answer when The New Daily asked him on Wednesday if his fingerprints might also be found on the secret ministry move.

Mr Shearer, whose role was to advise Mr Morrison on cabinet matters, was behind the Cabinet Office Policy Committee, one of the most active bodies of government in the Morrison government that met 739 times.

This is despite the fact that the body had only one permanent member: Scott Morrison.

Minutes of the committee’s meetings between 2019 and 2022 released this week at the request of The Guardian showed that some 665 minutes remained unaccounted for.

The official record jars with what was advertised as a book presenting the inside view of the Morrison government during the pandemic, Plagued by two News Corp journalists Geoff Chambers and Simon Benson.

“It is a strategic group – a cabinet think tank – that meets on a needs-only basis in the face of significant policy decisions or an unfolding crisis,” the pair wrote of the committee’s function.

The ONI did not acknowledge questions about whether the use of a committee designed to subvert usual democratic decision making should expose its head to scrutiny for undermining public service values.

The intelligence chief was the architect of another new forum designed during the Morrison years, national cabinet.

Mr Shearer’s incredible rise to the top of Australia’s avowedly impartial intelligence services came just five years after the former partisan hosted the Young IPA podcast for the right-wing think tank of choice for the Liberals: the Institute of Public Affairs.

After time as an adviser to John Howard he took an unlikely road into the heart of the foreign policy establishment, one that wound through the office of a state premier where he was the Victorian government’s deputy director for international affairs.

He was later made the deputy head of the new intelligence body by Malcolm Turnbull while Mr Morrison put him in the top spot after less than a year as his cabinet adviser.

Mr Shearer was reticent on Wednesday, but his supporters have occasionally been effusive.

Canberra columnists have published seemingly well sourced and generous write-ups of the former staffer wrongly predicting he would become ambassador to the United States or emphasising his “tough on China” bona fides.

But it was his time as a national security adviser to former PM Tony Abbott that some have come to associate him with several of Abbott’s disastrous foreign policy utterances, including the suggestion that Australian troops be sent to Nigeria to rescue schoolgirls captured by a Muslim sect.

It could be his much briefer stint in Mr Morrison’s office that proves the intelligence chief’s most consequential chapter in his life as an adviser.

The post Spy chief refuses to answer questions about his role in Scott Morrison’s moves on cabinet appeared first on The New Daily.