‘Catastrophic’: Everything you should know about foot and mouth disease

Australians would be unwise to discount TikTok data concerns. Here’s why

Why buy now, pay later can cost much more than a credit card

IKEA the latest brand to tap into booming second-hand market

Costco woos cash-strapped shoppers as it expands across Australia

IKEA the latest brand to tap into booming secondhand market

Jobless numbers tipped to be lowest since Gough Whitlam was PM

‘So damaging’: Pet scams increase by 1000 per cent during COVID-19 lockdowns

Robots to conduct stocktakes at most Kmarts by Christmas

Most fail grades ever: Heaters under fire after failing safety tests 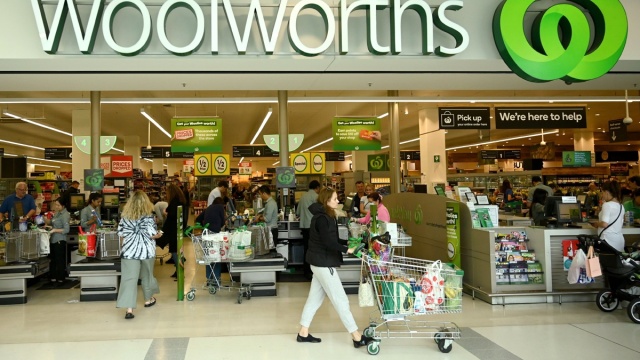 Woolworths is stepping up its delivery game with a new app in partnership with Uber that promises to deliver groceries within an hour.

The Woolworths Metro60 app launched on Friday in 11 eastern Sydney suburbs, but the supermarket giant plans to launch the service in more neighbourhoods nationally within the “coming weeks and months”.

Through the app, shoppers can choose from 4000 Woolworths products available at select Metro stores, place an order worth a minimum of $20, and pay a flat $5 delivery charge.

The app’s operating hours are from 8am to 9pm every day of the week.

Woolworths chief transformation officer Vol Ingram said Metro60 is a game-changer for shoppers on tight schedules, with hot roast chickens available to be delivered for the first time.

In the eyes of retail expert Gary Mortimer, an academic from Queensland University of Technology, the move shows Woolworths understands “speed has become the new currency”.

Shoppers are happy to wait a few days for clothes and electronics ordered online, but they expect a much quicker turnaround for food and groceries.

“I think it’s a natural progression for the big supermarkets to really look at this express delivery,” Dr Mortimer said.

“It will make it certainly a more challenging environment for smaller entrepreneurial players.”

Woolworths is far from the first company to enter the high-speed home delivery market.

Voly and MilkRun set up shop during the pandemic – promising to deliver groceries in less than 15 or 10 minutes respectively.

But these start-ups are now struggling in a high-cost environment characterised by soaring petrol prices and more expensive warehouse and shop leases – never mind higher barriers to funding.

Fellow grocery delivery startups Send and Quicko have already folded this year, with Send’s administrators filing a report to creditors that showed it had burned through $11 million in just eight months.

Dr Mortimer said the cost of delivering such fast deliveries was challenging.

Woolworths seems to have avoided paying a hefty sum for extra employees by outsourcing the delivery service to Uber drivers.

Although Woolworths did not tell The New Daily how much participating Uber drivers would be paid, Dr Mortimer said the deal was a win-win for both the supermarket and drivers.

“[For] Uber drivers, there’s often downtime waiting for a fare, so if you pick up some spot-work in doing some food deliveries, that’s a really good idea,” he said.

Dr Mortimer said Woolworths also enjoyed the added advantage of a pre-existing relationship with shoppers and ready access to products.

With all of these factors in the supermarket’s favour, Woolworths’ entry into the on-demand grocery market will likely ring alarm bells for the sector’s smaller startups.

“It will make it more challenging for smaller players to enter the market and grow,” Dr Mortimer said.

But he said while the service should work well in inner-city areas, it may be more challenging to provide it in more “dispersed” communities, such as you’d find in a country town.

There is no news on whether Woolworths’ biggest competitor, Coles, is working on a similar speedy delivery service.

Coles had already finished its trial run with Uber Eats prior to the new Woolworths-Uber partnership, and is now offering grocery delivery services through DoorDash.