Bid for aged-care pay rise to be revealed

Madonna King: COVID-19 is a numbers game when it comes to protecting lives

Michael Pascoe: Aged care, COVID, cheap migrant labour and the minister from the BBC circa 1980

‘Winter is coming’: Experts warn Omicron peak could give way to other challenges

'We are running out of people': Calls for aged care overhaul

Michael Pascoe: Aged care out of emergency staff as outbreaks more than double

Michael Pascoe: PM, how do you let COVID rip in aged-care homes?

'I love him to bits': The pharmacist making rural life less lonely for social butterflies like Marg 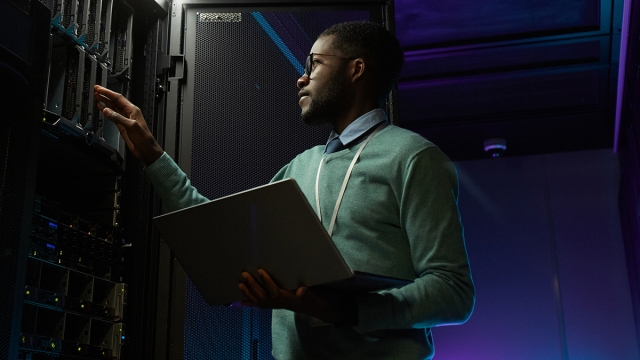 Australia is rapidly transforming into a highly qualified nation where vast numbers of people are taking jobs in technology fields like cyber security.

Weeks after the hack of 9.8 million Optus’ customers personal data, Census figures published by the Australian Bureau of Statistics on Wednesday revealed a huge jump in people studying hacker defence.

There are now almost half a million Australians with an information tech qualification – up an astonishing 36 per cent between 2016 and 2021.

And of those people, 5805 qualified in cyber security, up 460 per cent, making it Australia’s fastest-growing occupation.

“There are over 260,000 ICT professionals and 74,000 ICT managers in the workforce, an additional 86,000 since the last Census,” Australian Statistician Dr David Gruen said in a statement on Wednesday.

But the huge jump in tech jobs and qualifications isn’t the only major change under way across Australia’s workforce.

Service-based jobs and skills are also booming as the nation’s economy transforms to meet the demands of an ageing population and the disability insurance scheme.

There are now more than 1.7 million people working in health care and social assistance across the country, with most job areas growing fast.

The number of occupational therapists is up 57 per cent, while psychologist and psychiatrist numbers have soared more than 40 per cent over the past five years.

The 2021 Census figures point to an ongoing shift across the Australian workforce as the economy transitions away from lower skilled jobs in sectors like manufacturing to more specialised tech and services jobs.

BIS Oxford senior economist Sean Langcake said this move has been under way for decades, but was accelerated by the mining investment boom between 2003 and 2013, which made other manufacturing sectors uncompetitive with global peers, shifting those jobs into service sectors.

“We had a really sustained period where the dollar was at a level that made a lot of sectors uncompetitive globally,” Mr Langcake told TND.

“But we were always trending that way because we had the fortune of being a high-wage economy.”

And to get work in these more specialised industries, far more people are doing extra education and training than they were in 2011 or 2016.

More than half of Australians (more than 11 million people) now have a tertiary or vocational qualification, an increase of 20 per cent since 2016 figures.

“We are also upskilling further, with 1.1 million people studying after having already obtained a non-school qualification,” the ABS said.

This lift in qualifications is crucial, Mr Langcake said, because it shows most people aren’t being left out as demand for higher skilled jobs rises.

Indeed APAC economist Callam Pickering said growth in tech and care jobs is set to continue, reflecting what Australians spend their money on.

“When your income becomes high, as it is in Australia, you find ways to spend it – you can’t spend it purely on manufactured goods,” he said.

“And so services, whether it be spending more on education, or health or real estate all become ways in which we choose to spend our money.

“The transition in jobs reflects that.”

Despite huge increases in Australians obtaining skills in high-demand service sectors, big gaps remain between the number of workers in aged care and surging demand as the population ages.

The 2021 Census shows Australia’s reliance on migrant labour to fill these jobs.

About 40 per cent of carers and nurses said they were born overseas, reflecting the massive role of migration in growing the economy.

Mr Pickering said it would be challenging for Australia to continue bringing in enough migrant workers to meet demand in services industries because many other nations are going through similar transformations.

“The big challenge is that most advanced economies are going through this very same thing that Australia is experiencing – an ageing population and sharply increasing demand for health care and aged care services,” he said.

“All these countries are competing for the same types of people, which makes it very hard to attract that talent.”

Alleviating these pressures will be a job for policymakers, Mr Pickering said, with “structural change” needed to encourage more local workers to upskill in these industries, and to convince more migrant workers to bring their skills to Australia.