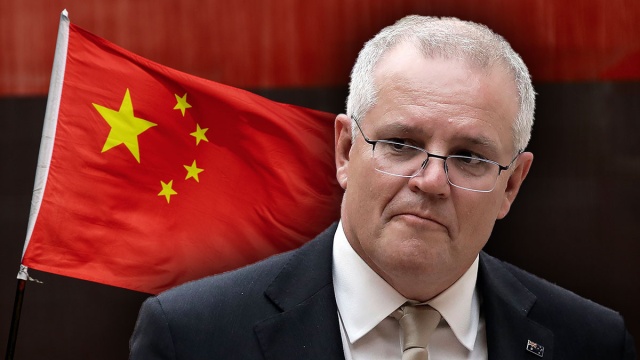 Former prime minister Scott Morrison has defended his government’s handling of Australia’s relationship with China, telling a summit in Japan he sought to “resist, not provoke the PRC”.

Mr Morrison skipped the first week of Parliament and his seat on the Opposition backbench to attend the Global Opinion Leaders Summit in Tokyo.

Speaking on Thursday night, the Member for Cook said his government took “a strong stand in response to the PRC’s assertiveness”.

“We chose to resist, not provoke the PRC,” he said.

Mr Morrison said he welcomed the revitalisation of the Quadrilateral Security Dialogue – made up of Australia, the US, India and Japan – saying it was a counter to Chinese expansion.

“It is an initiative, combined with AUKUS, that has had the most profound impact on the strategic balance within the Indo-Pacific since [China] started turning atolls into airports in the South China Sea,” he said.

Australia’s relationship with China reached a low ebb under the Morrison government as Beijing effectively froze ministerial contact and slapped trade sanctions on $20 billion of Australian exports including barley, seafood, coal and wine.

Mr Morrison’s inflammatory remarks come at a sensitive time for China’s diplomatic relationship with the West.

China’s leader, President Xi Jinping, overnight warned US President Joe Biden against playing with fire as the pair met for discussions dominated by the status of Taiwan.

Former prime minister Kevin Rudd told ABC News on Friday morning that a possible visit to Taiwan by US Speaker Nancy Pelosi would not be “helpful in terms of Taiwan‘s intrinsic national security”.

“We are in what I describe as the decade of living dangerously, which is why we must do whatever we can to stabilise this relationship in the here and now,” he told ABC News.

Mr Morrison’s decision to attend the Tokyo summit rather than represent his constituents in Parliament was criticised by the Labor government, which has demanded he reveal whether he is being paid for his appearance.

The summit is co-hosted by the International Democratic Union, a global association for centre-right parties.