Two Townsville prison escapees caught, one more on the run

The secret tax 'wash' the ATO is cracking down on

KFC menu prices to rise again in 2022 as inflation bites

More Aussies than ever say they have 'no religion'

'Unseasonable' rain is closing in

Millennials hopping over boomers as largest generation in 2021 Census

Man allegedly kidnapped and assaulted, left on side of Queensland road

Child seriously injured after falling over 20 metres down mountain

A new species of armoured dinosaur discovered in Chile had a weaponised tail not seen before in any other dinosaur.

Roughly 2m in size, the small armoured dinosaur called an ankylosaur dates from the late Cretaceous period, around 71.7 million to 74.9 million years ago.

The dinosaur, named Stegouros elengassen, had evolved a large tail weapon unlike those seen in other armoured dinosaurs such as the paired spikes of Stegosaurus and the club-like tail of Ankylosaurus.

While its skull had features in common with other ankylosaurs, its tail weaponry was “bizarre,” according to the study, which was published in the journal Nature on Wednesday.

The dinosaur’s tail had seven pairs of flattened, bony deposits fused together in a frond-like structure.

“The tail is extremely strange, as it is short for a dinosaur and the posterior half is encased in dermal bones (bones that grow in the skin) forming a unique (tail) weapon,” said Sergio Soto Acuña, main author of the study and a doctoral student at the Universidad de Chile, via email. 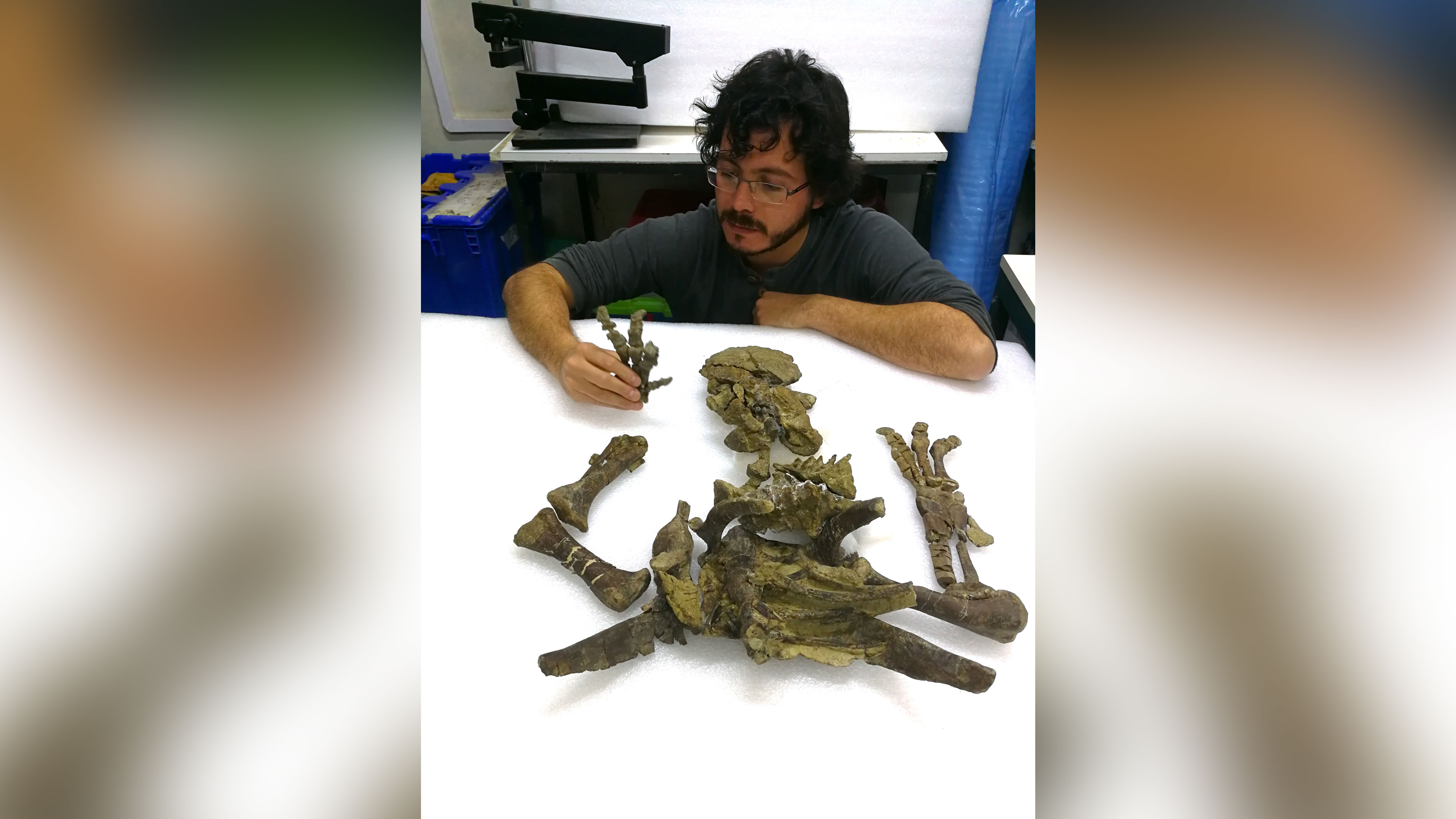 He said it resembled the tail of a rattlesnake or spiny-tailed lizard. But unlike these creatures, the dinosaur possessed true bones under the scales.

The most similar feature would be the tail of a giant armadillo, but they are also extinct, he added.

Stegouros means “roofed tail” in Greek and “elenggassen” is from Aonikenk, the language of the original inhabitants of Patagonia, and refers to a mythological armoured beast. The fossil was found in 2018.

The study noted that very few ankylosaurs had been found from southern Gondwana — the lower part of the ancient supercontinent Pangea.

“Unlike the ankylosaurs of the northern hemisphere, our new dinosaur possesses light armour, slender legs, and a smaller size,” he said.

The fossilised plants discovered in the same region indicate that the climate was warmer when this dinosaur inhabited the place — very different from the current cold climate prevailing in Patagonia.