Satellite photos show China has built apparent mock-ups of US warships in its remote north-western desert, possibly for practice for a future naval clash as tensions rise between the nations.

China has massively upgraded its military in recent years, and its capability and intentions are increasingly concerning to the US as tensions rise over the South China Sea, Taiwan and military supremacy in the Indo-Pacific.

The images taken by Colorado-based satellite imagery company Maxar Technologies on Sunday show the outlines of a US aircraft carrier and at least one destroyer placed on a railway track.

Maxar identified the location as Ruoqiang, a Taklamakan Desert county in the north-western Xinjiang region.

The independent US Naval Institute (USNI) said on its website that the mock-ups of American ships were part of a new target range developed by the People’s Liberation Army.

It wasn’t clear from the images how many details had been included in the apparent targets, although USNI said it had identified features on the destroyer including its funnels and weapons systems.

Chinese Foreign Ministry spokesperson Wang Wenbin said at a daily briefing on Monday that he had no information about the images, saying, “I’m not aware of the situation you mentioned.”

China’s massive military upgrade has emphasised countering the US and other countries’ naval forces. 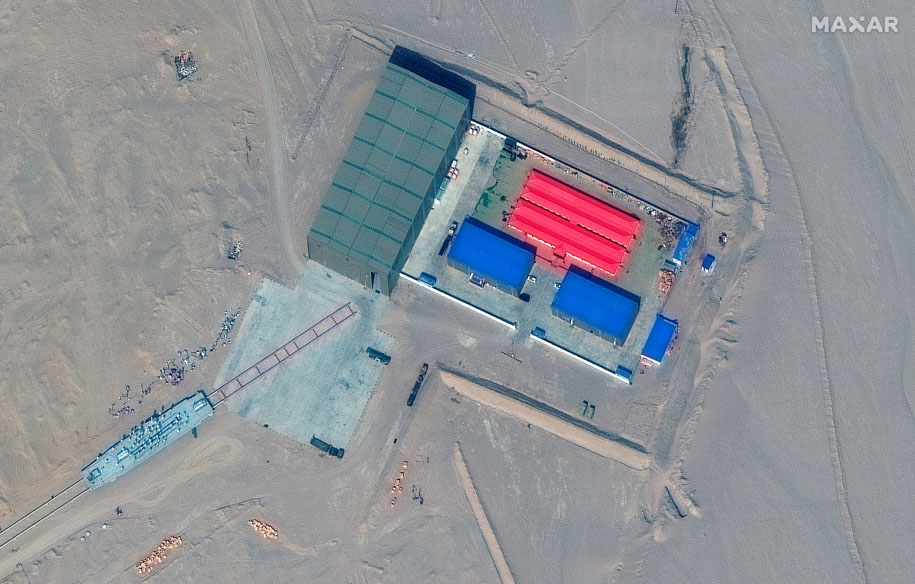 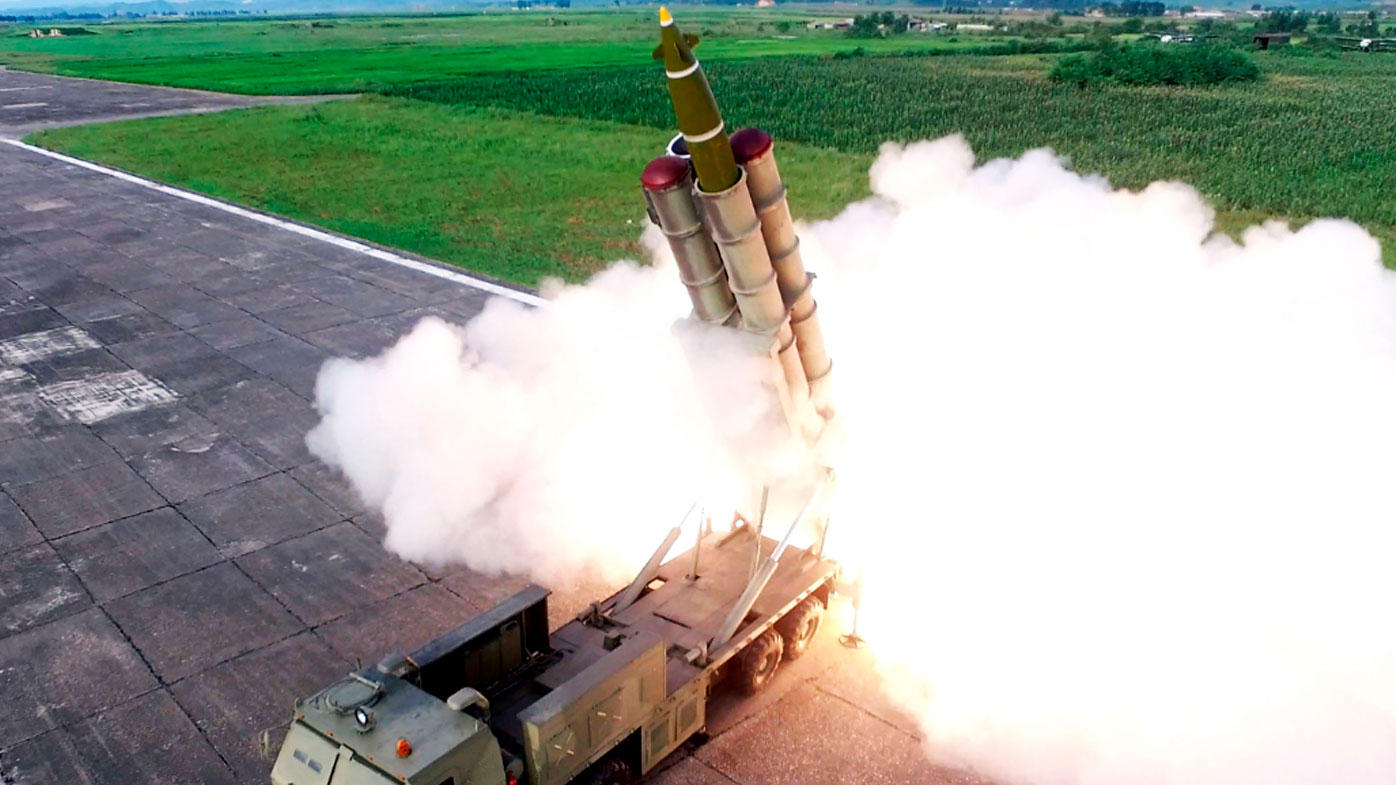 That includes the development of land, sea and air-launched missiles to repel and possibly sink opposing vessels, expressed most emphatically by the land-based DF-21D ballistic missile known as the “carrier killer”.

Recent months have also seen a substantial increase in Chinese military flights just southwest of Taiwan, the self-governing island republic claimed by Beijing and which it threatens to annex by force.

Washington provides Taiwan with much of its weaponry and US law requires that it ensures the island can defend itself and treats threats to it as matters of “grave concern”.

The images released by Maxar come amid growing concerns over the possibility of military conflict between the world’s two biggest economies, who are at odds over a litany of political and economic issues.

The Pentagon this month issued a report saying China is expanding its nuclear force much faster than US officials predicted just a year ago.

That appears designed to enable Beijing to match or surpass US global power by mid-century, the report said. 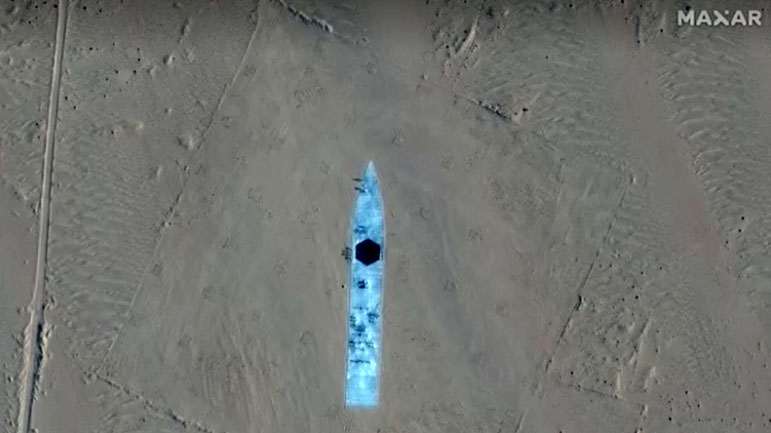 US defence officials have said they are increasingly wary of China’s intentions, largely with regard to the status of Taiwan.

“The PLA’s evolving capabilities and concepts continue to strengthen (China’s) ability to ‘fight and win wars’ against a ‘strong enemy’ — a likely euphemism for the United States,” the report said.

China’s navy and coast guard are also adding new vessels at a record pace, concentrating them in the South China Sea, the strategic waterway that China claims virtually in its entirety.

While the US Navy remains predominant, its resources are divided between the Indo-Pacific, the Persian Gulf, the Mediterranean and other regions where American interests lie.