EOFY sales: How to pick the best electric appliances

‘Chomping at the bit’: Australians book overseas flights in droves

AEMO has taken over the national energy market. Here’s what that means

ASX falls yet again ahead of Fed meeting

Millennials set to defy the economic rollercoaster and build their wealth

Michael Pascoe: Mates rates, or how the Coalition sat on a $100-billion gas-tax rort

Thinking of buying an electric vehicle for your next car? Here’s what to consider

Used car-shopping: Six tips to avoid getting stuck with a lemon

Market Wrap: The top five events that happened in markets this week

Why health fund premium rises are higher than you might think

‘Insulting’: Working mums missing out on thousands in super

Confidence edges up, mixed among states

Michael Pascoe: Housing no longer a crisis – it’s much worse than that 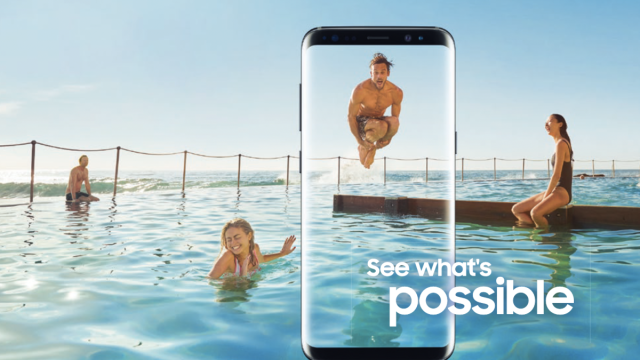 Samsung Australia has been ordered to pay $14 million in penalties after it admitted to misleading customers about the water resistance of some of its best-selling phones.

The Federal Court ordered the fine against the tech giant on Thursday, after proceedings brought forward by the Australian Competition and Consumer Commission found Samsung misrepresented its Galaxy mobile phones and their suitability to be used in water.

More than 3.1 million of the Galaxy phones have been sold in Australia, the ACCC said.

“Samsung Australia’s water resistance claims promoted an important selling point for these Galaxy phones. Many consumers who purchased a Galaxy phone may have been exposed to the misleading ads before they made their decision to purchase a new phone,” ACCC chair Gina Cass-Gottlieb said.

Samsung has since acknowledged its products were vulnerable to corrosion in their charging ports, if charged while still wet. Despite that, the company’s marketing campaigns continue to promote the ability to use the phones in pools and sea water.

“Samsung Australia’s ads promoting its Galaxy phones featured people using their phones in pools and sea water, despite the fact that this could ultimately result in significant damage to the phone,” Ms Cass-Gottlieb said.

“This penalty is a strong reminder to businesses that all product claims must be substantiated. The ACCC will continue to take enforcement action against businesses that mislead consumers with claims about the nature or benefits of their products,” she said.