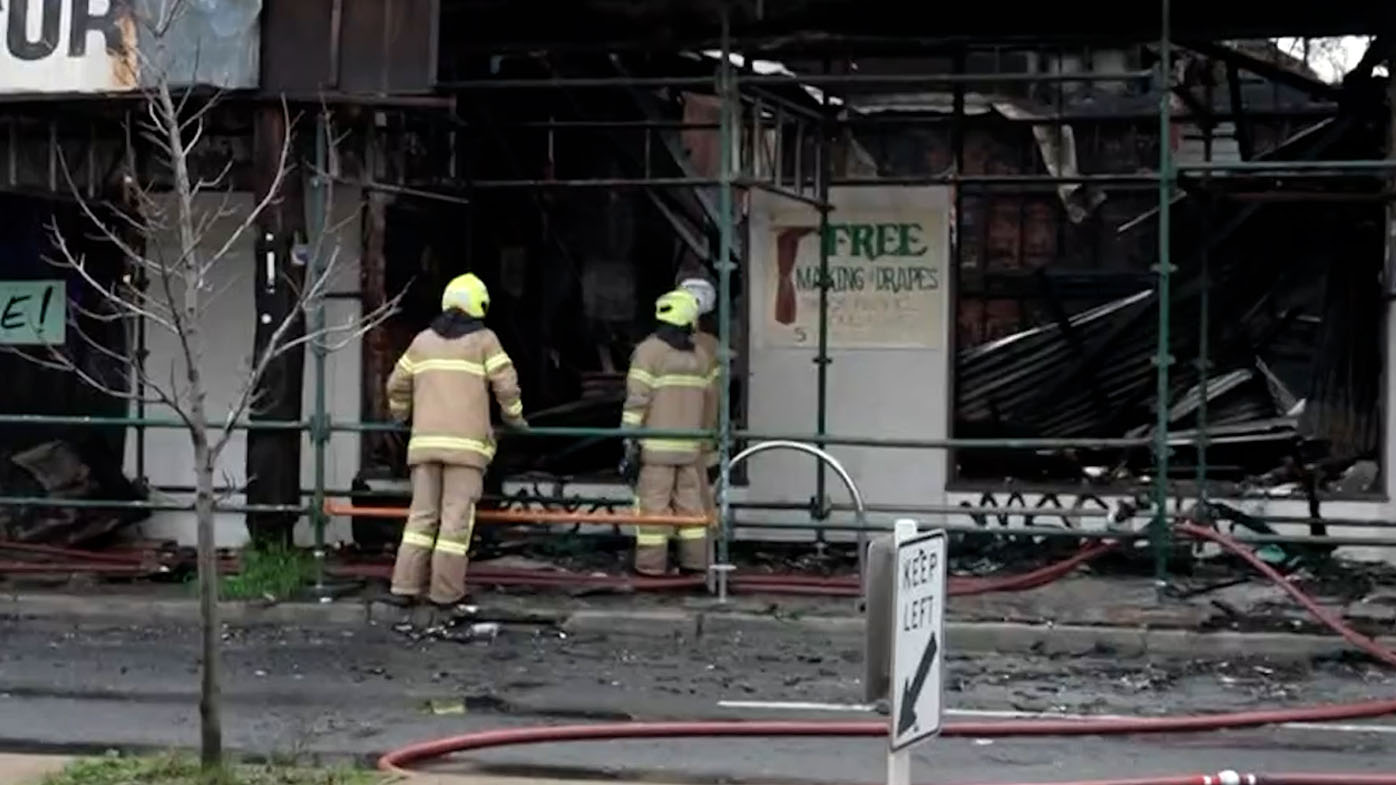 Dozens of residents have been evacuated after after a "spectacular" fire in a north Melbourne suburb early today.

The blaze started at an empty furnishings store in High Street, Preston, about 3am and spread to other nearby commercial properties.

After being called to the scene, firefighters found the large single storey building engulfed with fire.

Between 20 and 50 residents from nearby homes were evacuated as a precaution, a spokesman for Fire Rescue Victoria said.

No one was injured in the fire.

The fire was brought under control just before 6am in an operation involving 60 firefighters.

But crews remain on scene this morning to ensure the fire is completely extinguished. 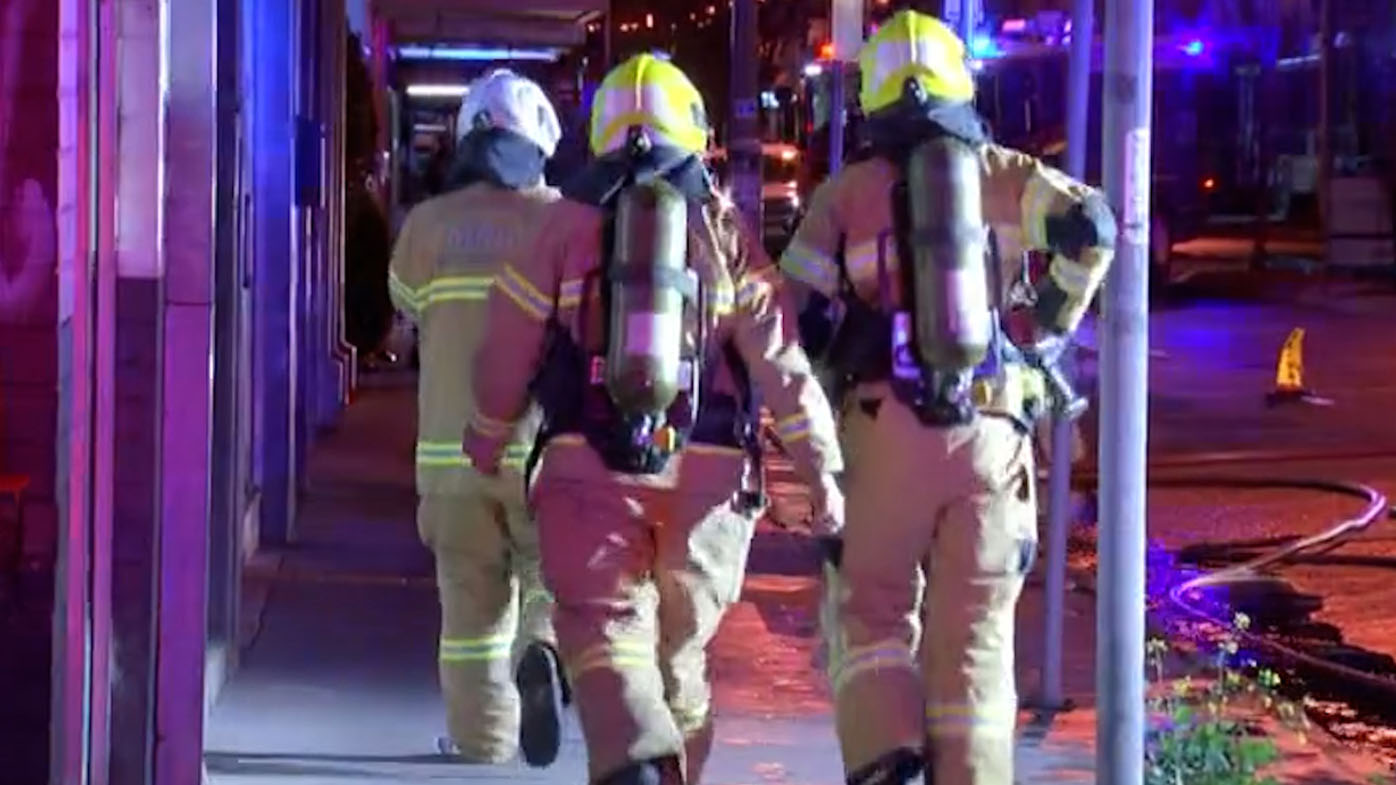 Up to six shopfronts have been damaged by the fire, a spokesman for Fire Rescue Victoria told 9News.

"There are approximately five or six shop fronts affected by the fire… It was spectacular."

Smoke continues to hang over the area and is visible from roads.

Preston residents are warned the areas in High Street between Gower Street and Bell Street are closed.

READ MORE: Two people test positive for meningococcal after Splendour in the Grass 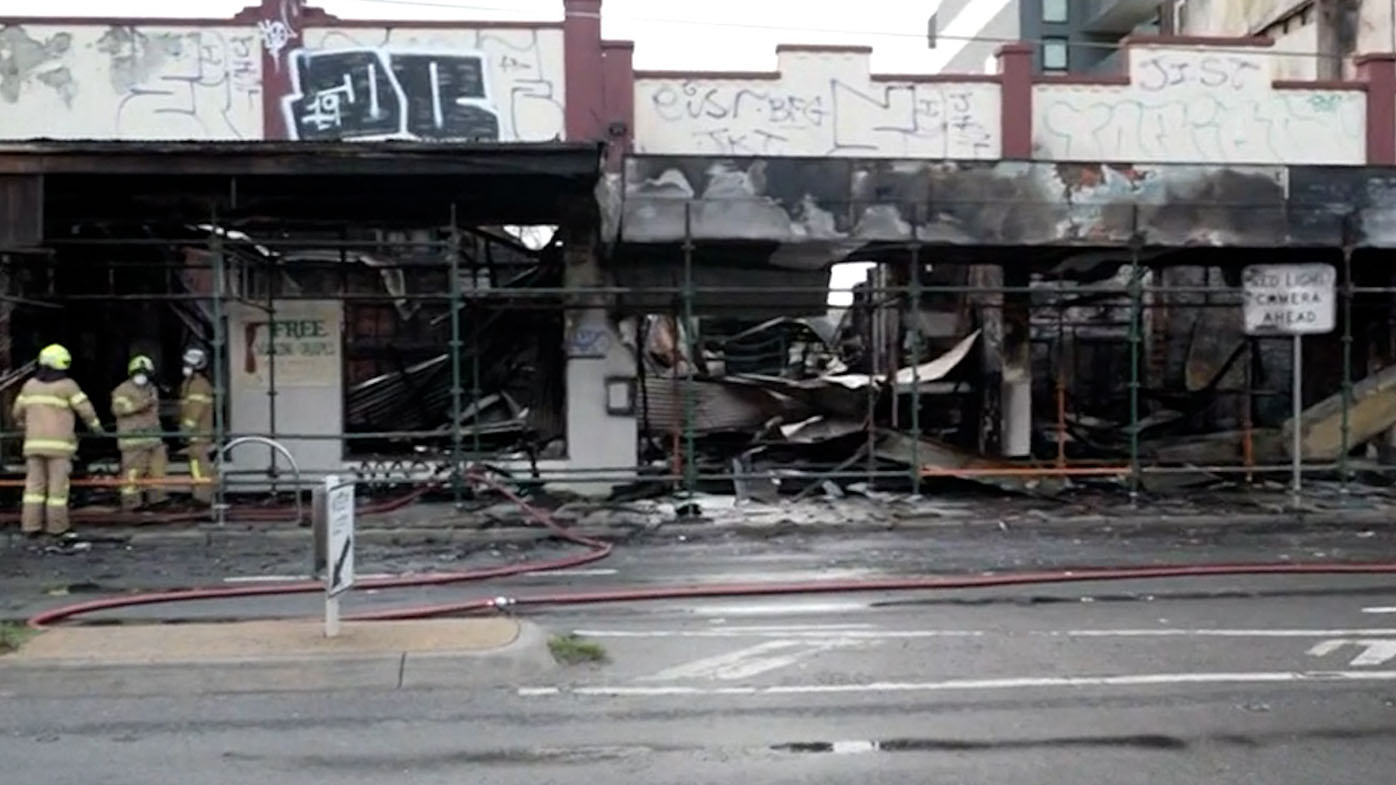 Authorities are encouraging drivers to seek alternative routes through Preston, such as Plenty Road and St Georges Road.