Norco defends decision to rebuild factory on floodplain in Lismore

Farmers in western NSW cut off from towns as rivers rise

Farmers and landowners on alert as Loddon River rises

Will $35 million be enough to keep Norco in Lismore?

Fears invasive fire ants could have spread during Queensland's floods

Multiple floods in two years, but these stubborn oyster farmers won't give up

When 28 horses were found submerged in freezing floodwater, a 24-hour rescue mission began

NSW floods: Here’s what financial support is on offer for those affected

Oyster farmers 'over it' as floods wipe out stock, trigger sewage spill

It wasn’t a parasite that killed these bees, it was flooding

Birds thriving in the wet — but drought 'like death and taxes' 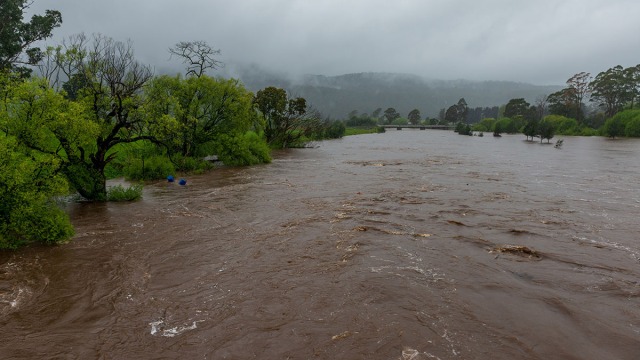 Several people have been rescued from flood waters in northern Tasmania as rivers rise and communities hit by deadly flooding six years ago face an anxious wait.

Heavy rain across the northern half of the island state began on Wednesday night and is not expected to ease until early Friday morning.

Prepare-to-evacuate warnings were issued on Thursday for people living in an area in the north-west from Liena to Latrobe and the town of Railton, where some 90 homes are at risk.

Peaks in some parts could reach levels seen in mid-2016, when flooding claimed the lives of three people and caused $180 million damage.

“People and properties that experienced flooding in 2016 are most likely to experience that again,” he said.

“We’re preparing as best we can.

“We won’t be hopefully rescuing people off rooftops – we’ll be rescuing them before the event happens.”

Five people and their animals were rescued from a property at Liffey, south-west of Launceston, on Thursday.

The State Emergency Service has received 120 calls for assistance, with acting director Leon Smith warning rivers and tributaries will continue to rise overnight.

“There is still a large period of this event to go,” he said.

“There’s still a level of uncertainty in regards to the peaks. It’s expected this situation will be protracted even once the rain stops.”

The Great Lakes area in the state’s central north topped the rainfall tally with 220 millimetres in a 24-hour window, while records were broken in several locations.

A severe weather warning was in place for the top half of the state.

Eight rivers were subject to flood warnings, with the Mersey and Meander rivers the most severe.

“Focusing on safety is our No.1 priority,” he said.

“It is consistent with … 2016 at this point in time. We’re monitoring the situation very closely.”

Several evacuation centres have been set up and many roads have been closed.

The wild weather left hundreds of people in the north-west without power.

Commercial operations at the port of Devonport have been suspended until Sunday, with the closure prompting the cancellation of four Bass Strait crossings by the Spirit of Tasmania ferry.

The post Rescues in northern Tasmania as communities face anxious wait on flooding appeared first on The New Daily.