Video of the moment missing girl Cleo Smith was rescued after a frantic 18-day search has been released by Western Australia Police.

Footage from an officer’s body camera shows the four-year-old being carried out of a house in the town of Carnarvon, where she was found.

The 12-second clip shows Cleo being carried by an officer in a hat and a hoodie, being greeted by a detective in a dark garden after the night-time rescue.

“Cleo, my name’s Cameron, how are you?” Detective Senior Sergeant Cameron Blaine said to her.

“We’re going to take you to see your mummy and daddy, okay? 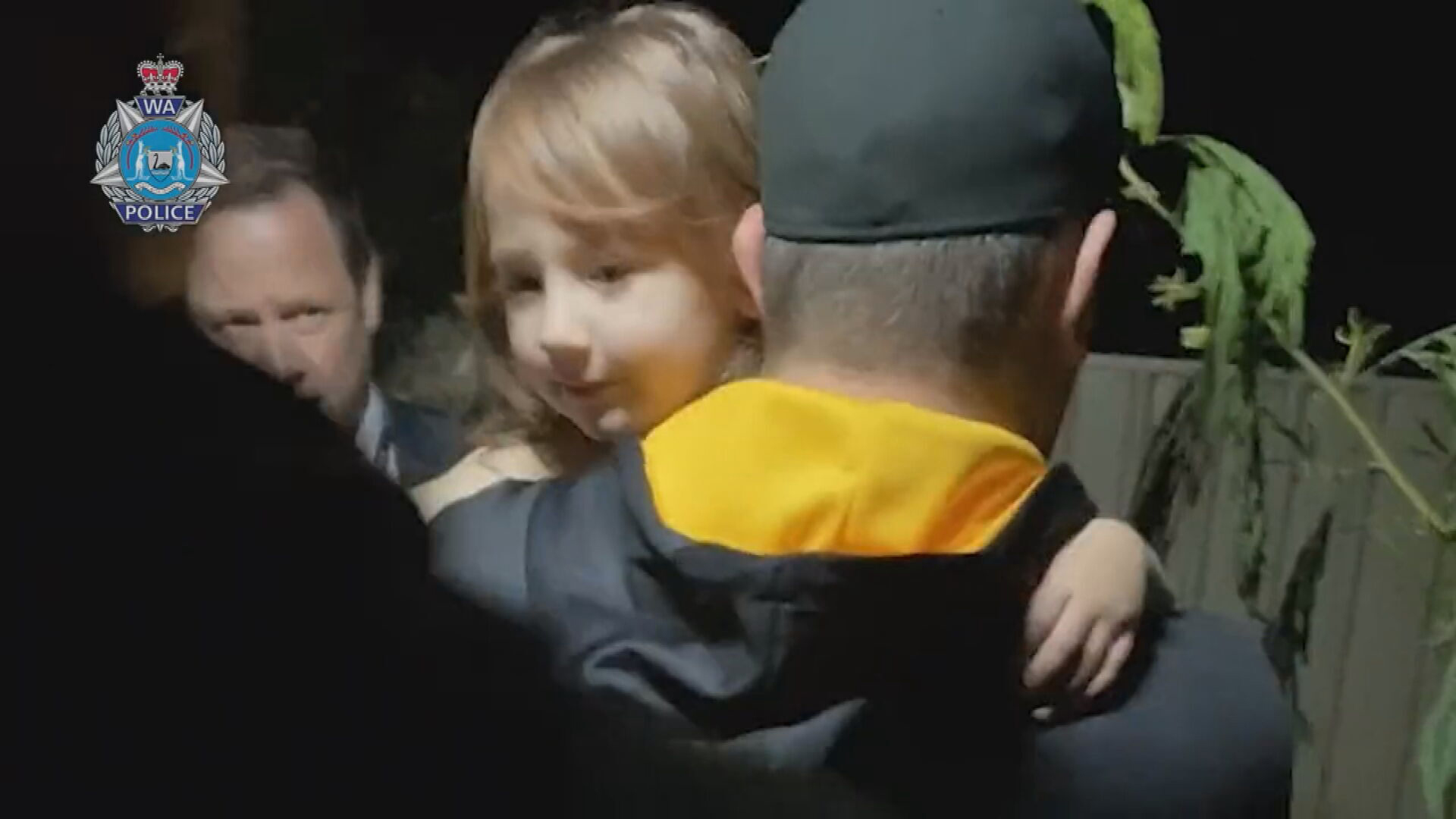 The little girl nods, but does not appear to say anything.

She’s clinging onto the shoulders of the officer who is carrying her.

Police this afternoon revealed more details of how they found Cleo, after she disappeared from a remote WA campsite.