Residents in Alice Springs are on alert after the Todd River burst its banks following the wettest November day on record.

A man became stranded in the swollen river as emergency crews work to save him from rising waters.

The man attempted to cross the Undoolya Causeway when he became trapped. 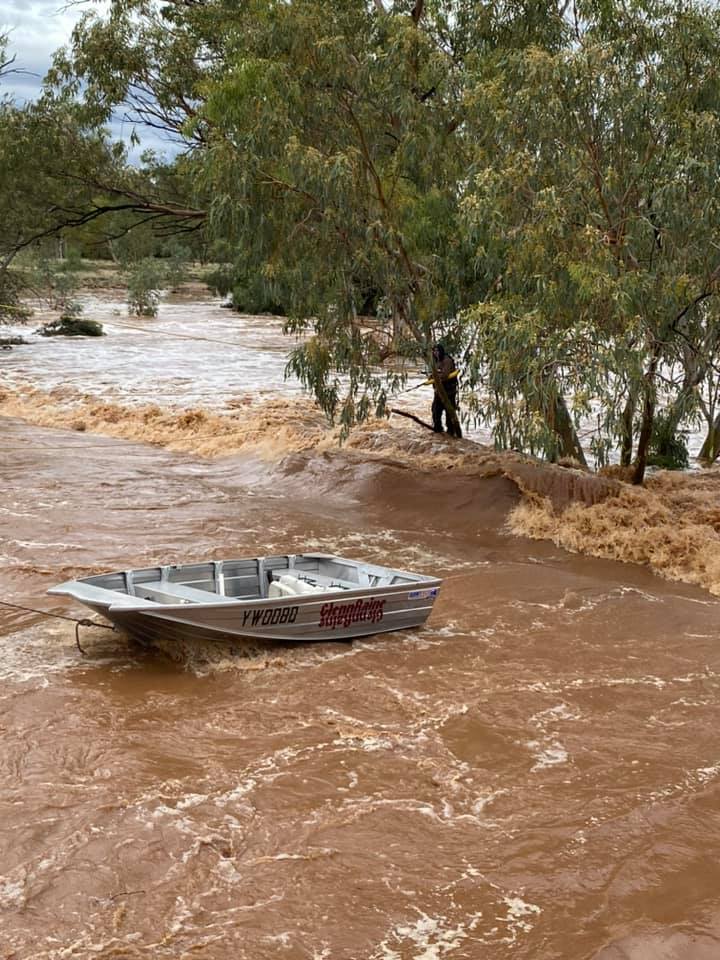 Northern Territory Police, Fire and Emergency Services said the man’s sedan was “swept off the road” by rising floodwaters.

“The man managed to self-extract from the vehicle and get to a tree where he has stayed until NTES arrived on scene.” 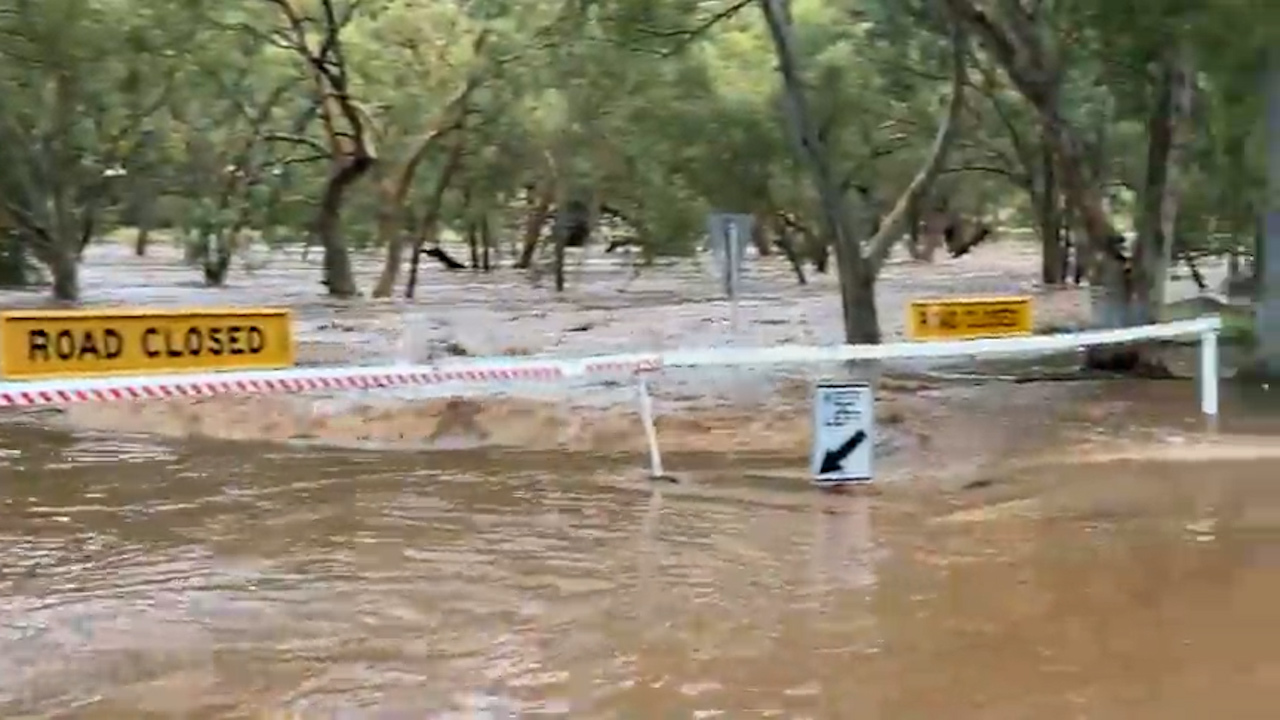 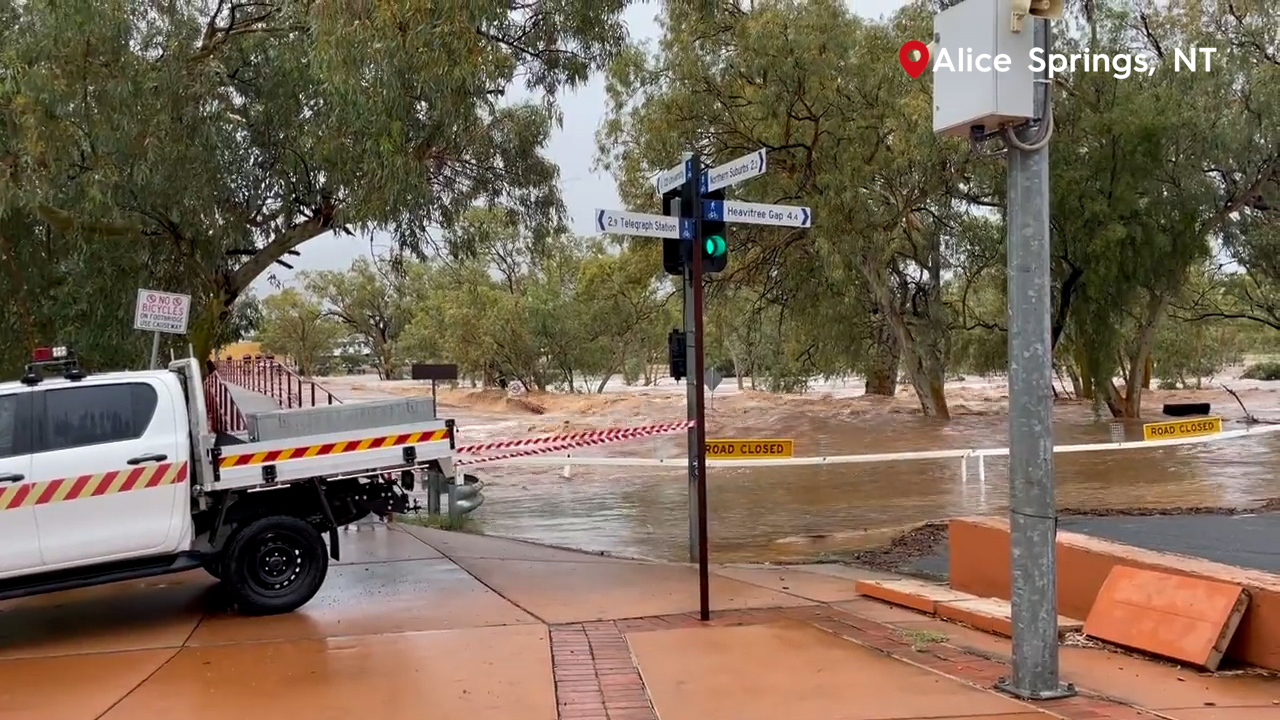 Twenty-four hour rainfall has not been this high since January 30, 2001, according to the Bureau of Meteorology.

A trough near the South Australian and Northern Territory border, associated with a complex low-pressure system over SA, will move northwards through the southern districts later today.

The associated rain is expected to clear tomorrow.

A flood watch is currently in place for southern parts of the Territory.

The Northern Territory Emergency Service advises that people should stay away from flooded drains, rivers, streams and waterways.

A severe thunderstorm warning is also in place, for damaging wind gusts, heavy rainfall as well as large hail.

Areas that may be potentially affected include the Simpson, Lasseter and southern Tanami districts.

For emergency help in floods, storms and cyclones call 132 500.