A rare piece of Queensland’s history has been discovered on the other side of the world, giving Australians a first-ever glimpse into the state’s early days of Rock and Roll.

The finding and preservation of the footage is owing to a relative of George Vardas, the man behind the lens.

It’s believed on his return to Greece Mr Vardas took a reel of film, which was found recently in his old apartment.

The film was brought back to Australia, making its way into the hands of researchers at the State Library of Queensland and painstakingly preserved.

It’s now available to fans of the era wanting a deep dive into history.

“We don’t have any real photographs of fifties rock and roll in our collection. They’re very scarce.” 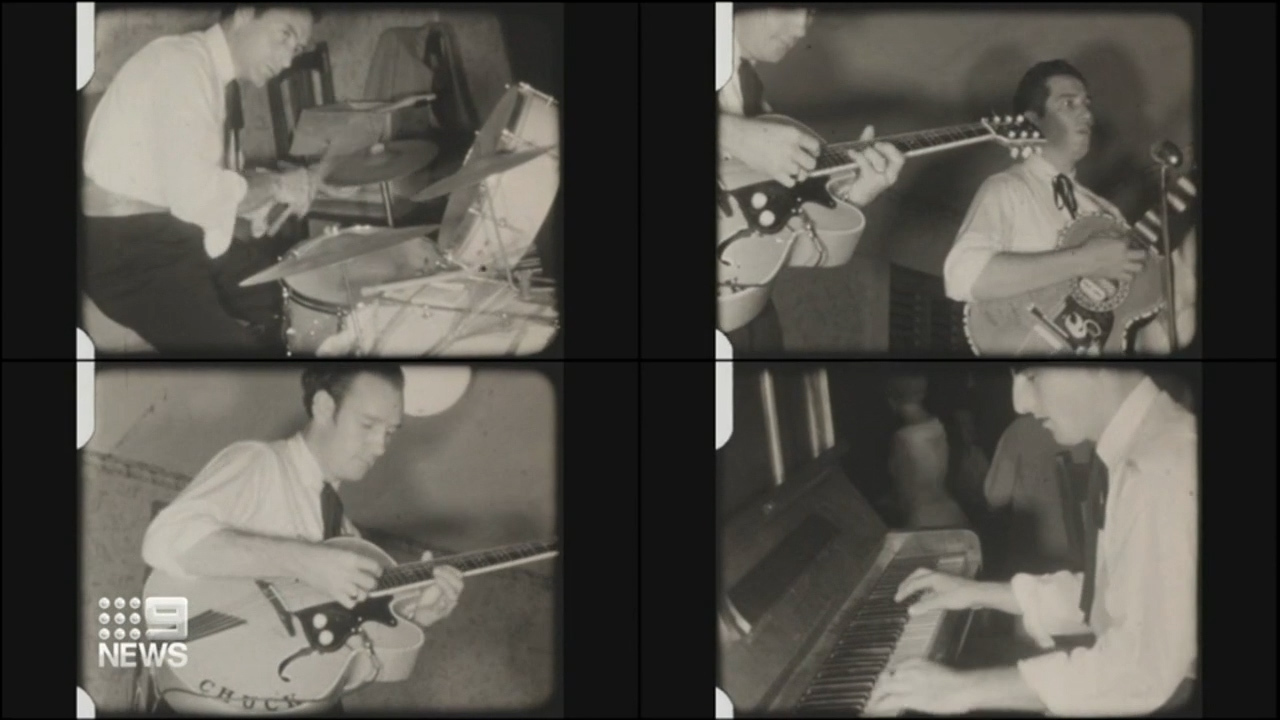 State Library engagement officer Myles Sinnamon said while the video provided an interesting look into The Rocketts’ performance and dancing fans, there was no way to tell what they sounded like.

“The film doesn’t have any sound to it. Certainly if there’s a recording out there that would be really good,” he said.

But library staff believe they’ve identified some of the band members: Ron Carroll on piano, with guitarists Ozzie Mengel and Chuck Supplice.

“We’re about 99 per cent certain it’s The Rocketts but we’d like some more confirmation on that, and certainly there’s some other band members we aren’t too sure of their names.”

The footage was restored, frame by frame, by experts at the State Library, part of its Reel Rescue program.

As part of the initiative, library researchers are seeking your help, calling on Queenslanders to help uncover or identify fascinating historical records of early life in the state.