A lobsterman has caught a rare cotton candy lobster in Maine in the USA.

The odds of catching a cotton candy lobster are 1 in 100 million.

The iridescent opal-like colouring of the lobster is the result of a genetic mutation.

Lobsterman Bill Coppersmith, who has been fishing for 40 years, caught the lobster, which was named Haddie after his granddaughter.

It is the first cotton candy lobster he has caught.

Haddie ended up at Get Maine Lobster in Portland, which shared pictures of the rare crustacean.

“The odds of a cotton candy lobster being caught is 1 in 100 Million!” the company said on Facebook.

“Because of this, we want to preserve her.

“Currently, Haddie is hanging out in our tank at the wharf. We want to make sure she lives the rest of her life in safety and comfort since rare coloured lobsters have a harder time surviving in the wild.” 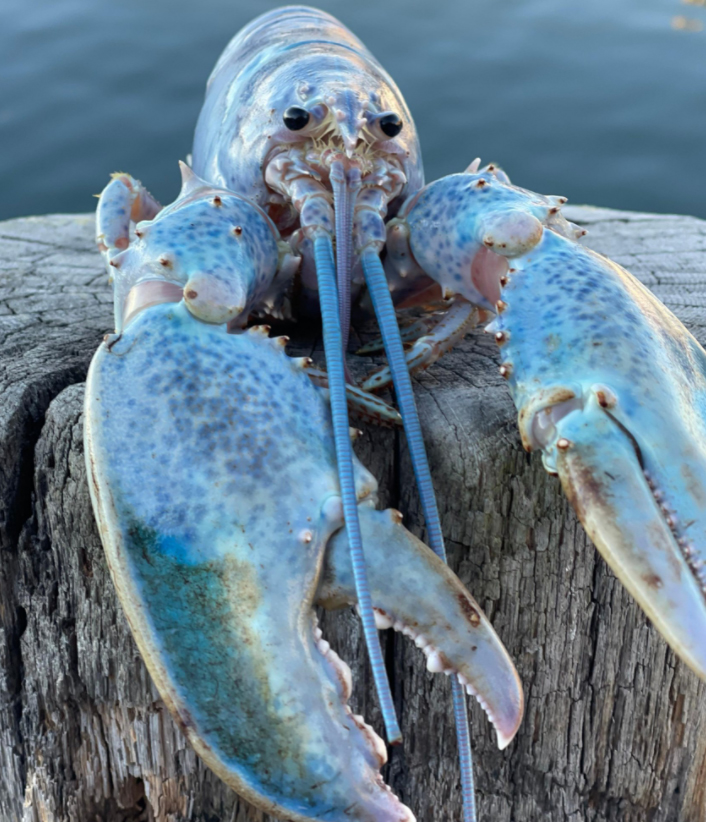 Luckily, somebody answered their plea for help, and she won’t end up on a fancy dinner table.

The food firm said the rare creature will head to the Seacoast Science Centre in New Hampshire where she will live in safety.

“We did it! Haddie, the rare Cotton Candy Lobster, has officially been adopted,” they said on Facebook.