Australia is set for a drenching over the next three days, as a “rain bomb” falls over the eastern states.

Parts of New South Wales are forecast to receive “more than a month’s worth of rain over three days”, the Bureau of Meteorology (BoM) said.

Flood warnings are in place for northern NSW and Queensland, with residents living close to the states’ border urged to prepare for heavy rain and possible flooding now.

Parts of the Northern Territory, the Eastern Desert Areas in WA, and South Australia’s North West and North East Pastoral Districts are also on flood watch.

Heavy rain and thunderstorms are forecast for Sydney, with a high of 25C expected.

Sydney could see rainfall reach 35mm to 65mm in total, with the heaviest falls likely on Wednesday.

Melbourne is looking at potentially 35mm to 75mm, with rain heaviest on Friday.

Brisbane is looking at a range between 35mm and 70mm, with rain heaviest on Thursday and the weekend looking pretty clear.

Canberra is already close to its monthly average rainfall for November, and looks like it could add as much as 55mm to 115mm.

Parts of the Bruce Highway in Queensland have already experienced flash flooding and were closed for some periods yesterday.

Tomorrow a low-pressure system will move into the south-east which will bring “round two” of the rain.

It comes after a day of wild weather yesterday, which saw Perth get more than 40mm of rainfall.

READ MORE: Why more auroras could be on the way 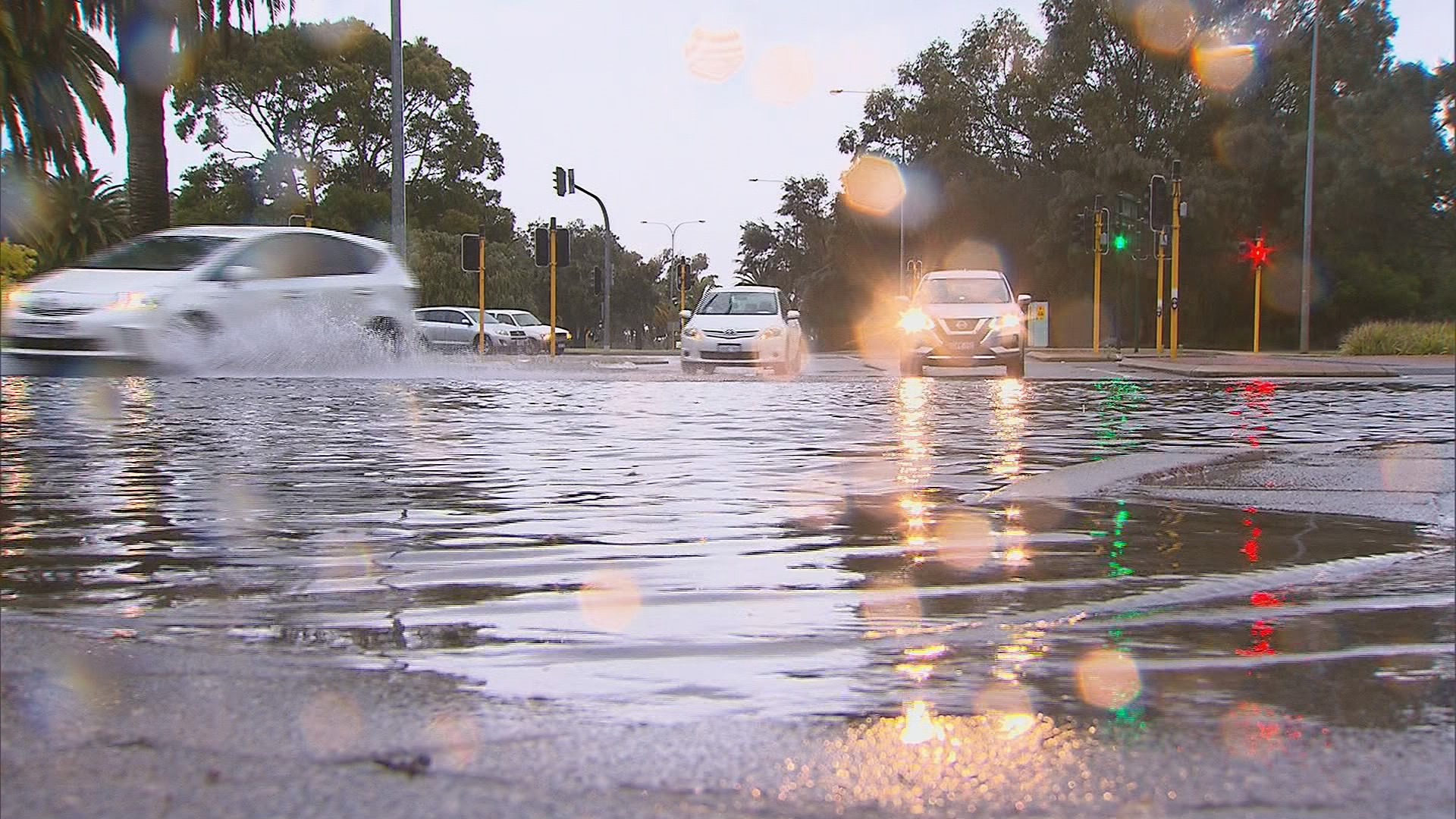 The “unseasonable rainfall” is double the amount of rain the Western Australian capital would get in a month fall in just one day.

Here’s what the weather is doing around the rest of the country.

The Sunshine State remains on alert with flood warnings in place for southern parts of Queensland.

There’s a high chance of showers in Brisbane, with the possibility these will develop into thunderstorms.

Melbourne will see a mostly sunny morning with cloud increasing during the afternoon.

There’s a slight chance of a shower developing from late afternoon, increasing to a medium chance at night.

Perth will be mostly sunny after the deluge experienced yesterday.

Darwin has a high chance of showers with the chance of a thunderstorm.

Adelaide will see possible early showers with a medium chance of rain around the northern suburbs.

It will be a cloudy day in Hobart with a very high chance of showers.

There’s a possibility of an afternoon or early evening thunderstorm.