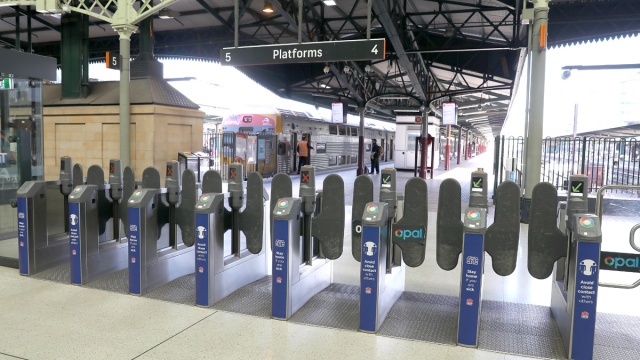 Rail workers in NSW have voted to disable Opal readers, preventing commuters paying for public transport trips as its stoush with the state government drags on.

The Rail, Tram and Bus Union revealed its plan last month but it was withdrawn after a legal threat from the government. It was revived with a ballot for members to take protected industrial action.

Members voted overwhelmingly in favour of the action, the union said.

“This has sent a very strong message to the NSW government that RTBU members are prepared to fight for their right to take action and the (enterprise agreement) they deserve despite the vile threats from a desperate government,” RTBU NSW secretary Alex Claassens said in a message to members.

The government is yet to be informed when the union will take the action.

“As this is an action that we have never previously taken, we do understand there may be some teething issues at the beginning,” Mr Claassens said.

He said the government may apply for an injunction in the federal court, despite the protected action ballot.

“We do not know if it is a real threat yet, but we need to be ready for the possibility,” Mr Claassens said.

The rail union took industrial action throughout August, which involved leaving Opal gates open, among other measures including area-based strikes and refusals to drive foreign-built trains.

Premier Dominic Perrottet said the union was moving to deactivate the readers because most commuters were still paying for their trips when station gates were left open.

Transport Minister David Elliott has been contacted for comment.