A Queensland COVID-19 update given by Health Minister Yvette D’Ath had to be cut short after she was interrupted by a woman protesting against the vaccine.

Ms D’Ath was discussing vaccinations rates in Cairns when a woman appeared beside her and starting yelling.

She claimed her friends had suffered adverse reactions to the vaccine and that one had died. 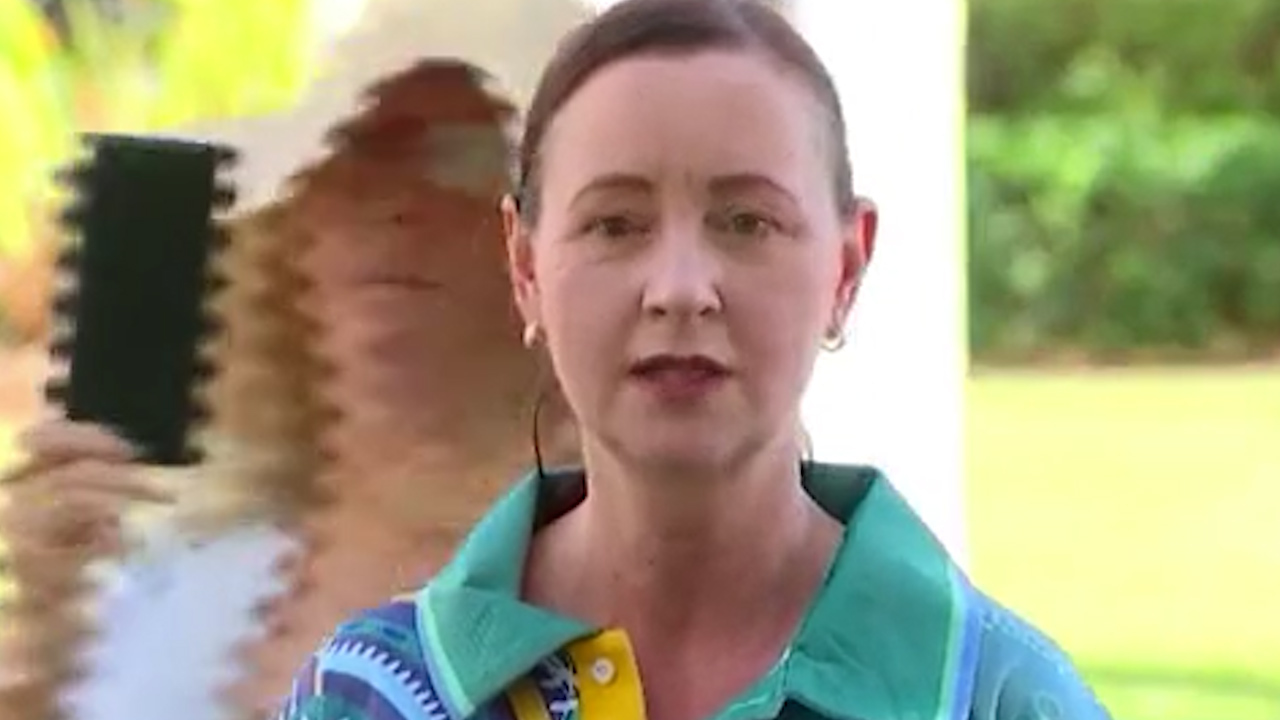 Ms D’Ath said she was happy to talk to the woman after the presser conference but she continued speaking over the politician.

“Excuse me, could you just let me speak,” Ms D’Ath said.

“I have a voice … you’ve said enough,” the woman said.

The woman was holding up her phone and appeared to be filming.

The press conference ended shortly after.