Queen Elizabeth has been advised to rest for at least the next two weeks, accepting doctors’ advice to cut back on her busy schedule, Buckingham Palace said Friday.

The 95-year-old monarch can continue to undertake light, desk-based duties during this time — including some virtual audiences. But she will be unable to travel to the Festival of Remembrance on Saturday, Nov. 13.

“However, it remains The Queen’s firm intention to be present for the National Service of Remembrance on Remembrance Sunday, on 14th November,” the palace said, noting a major event on the monarch’s annual calendar.

The decision comes just days after Elizabeth cancelled her planned appearance at the UN climate conference in Glasgow — a move that dashed the hopes of Britain’s Conservative government which is anxious to show the importance of the session to the fate of the planet.

The climate conference runs from October 31 to November 12 and her attendance was meant to kick it off in style and splendour.

The news came after the sovereign held virtual audiences Tuesday at Windsor Castle — the first since revelations that her doctors ordered her to rest last week. 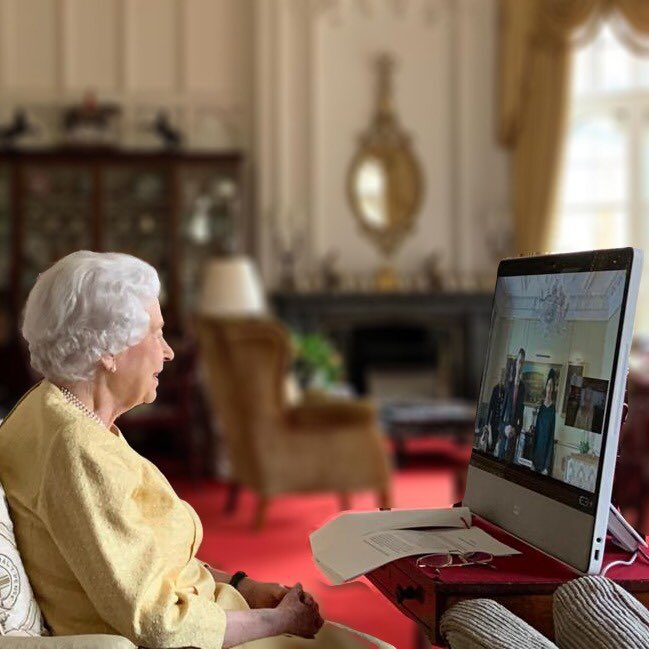 The sovereign greeted the ambassadors from South Korea and Switzerland during her first technology-aided appearance since she was driven to London’s King Edward VII’s Hospital on October 20 for “preliminary investigations”.

She returned to her Windsor Castle home at lunchtime the next day and has been taking on light duties since.

The Queen underwent the medical tests after she cancelled a scheduled trip to mark 100 years since the creation of Northern Ireland, and the palace said she had “reluctantly” accepted advice to rest for a few days. The matter was not related to COVID-19.