Larry Summers has a plan for financing global survival

'The worst is yet to come': IMF slashes global growth forecast

Increasing anxiety and depression rates among young Americans is sparking surge in book sales on violence, grief, and emotions

Home flippers are in trouble again

Updated: Odds of falling home prices in your local housing market, as told by one interactive map

The rail strike that could cripple the U.S. economy is back on the table

‘This debate to some extent is over.’ Major economies are already in a global recession, Morgan Stanley strategist says

'Overshooting is costly, too’: The president of the Chicago Fed warns against raising interest rates too much

'Starting to bite': The IMF and World Bank say a global recession is more likely as the Fed keeps raising interest rates

Short-term relief for motorists at the bowser, but prices will soon climb

Zimbabwe will make global miners pay some royalties with gold, diamonds, platinum, and lithium rather than cash

Ask the Expert Finance Your Super

Better than the bank: Where to find a greater rate of return

'Like a ship in choppy waters’: The IMF thinks economic pain will drag into next year, cutting its 2023 growth forecast

U.S. job market may be cooling off. Here's why that may be good news

A low Mississippi River is about to deepen Europe's energy crisis. Here's why

Why U.S. gasoline prices are rising again, and where they could go

After months of selloffs, tech stocks could bounce back in 2023, Citi says

Investors are hoping for a Fed pivot. But this Fed official says 'not so fast'

Larry Summers says U.S. has to have a recession that takes unemployment to 6% to beat inflation

Elon Musk's U-turn on buying Twitter is just the first step. Here's what's next with the trial and funding the deal 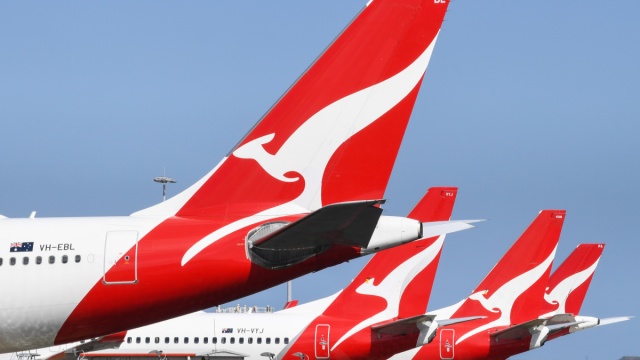 Qantas says it has returned to profitability after five consecutive half-year losses due to COVID-19, and is promising $40 million in wage increases.

Chief executive Alan Joyce says the carrier expected a “very strong” profit before tax of between $1.2 billion and $1.3b for the first half of 2022/23.

“It’s a remarkable turnaround,” he told reporters on Thursday.

“The main drivers of this performance are strong travel demand, both domestically and internationally.”

Revenue for business travel was more than 100 per cent of pre-COVID levels and leisure travel was up 130 per cent from before the pandemic, he said.

But costs are also up, with supply chains still snarled and the airline having to have more crew on standby along with 20 spare aircraft.

“We know our people have done it tough, including long periods of stand-down and a two-year wage freeze,” he said.