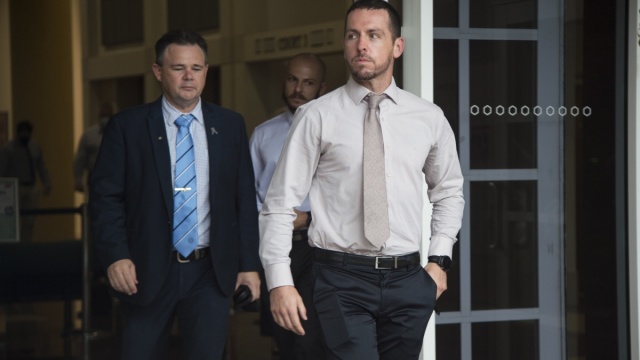 Protesters across the country have demanded an end to armed police in remote Indigenous communities.

Ahead of the protests, Warlpiri elder Ned Jampijinpa Hargraves, from the remote Top End town of Yuendumu where Mr Walker died, said police with guns only cause fear.

“We cannot accept that anymore. We don’t want to feel terrified in our own ngurra, our own home,” he said.

Unions and other Indigenous leaders have backed the marches, with the Australian Services Union’s South Australia and Northern Territory branch pointing to the numbers of Aboriginal deaths in custody since the 1991 Royal Commission.

“Over 500 First Nations people have died in custody since then,” the union said.

Protesters in Sydney carried photos of people who had died in police custody and criticised the media’s coverage of Indigenous issues, including hosting what they branded as racist reader comments on articles.

The “ceasefire” being called for by protesters would include defunding Northern Territory police, redirecting their funding to community-based services and demands for Mr Rolfe to face “customary law” in Yuendumu.

Elders also demanded an end to any lingering powers from the 2007 Northern Territory intervention.

“This is not only for Warlpiri people, this is for everyone. For all our First Nations peoples, our warrmala, it is time for us to stand together,” Mr Hargraves said.

Marches were held from Sydney to Perth, with protesters on Friday blockading a Brisbane facility of a weapons manufacturer that supplies the Northern Territory police.

The post Protests call on police to keep their guns out of Indigenous communities appeared first on The New Daily.