Everything you need to know about bank transfers

The best high-yield savings accounts to build your wealth

How to start an emergency fund: what you need to save

Certificate of deposit: The reliable way to save money and build interest

Oops. Morgan Stanley pays $35 million fine after customer data turns up in hard drives owned by IT consultant in Oklahoma

The bank is selling this farmer's property. There are fears this could be a common fate as mortgage stress rises 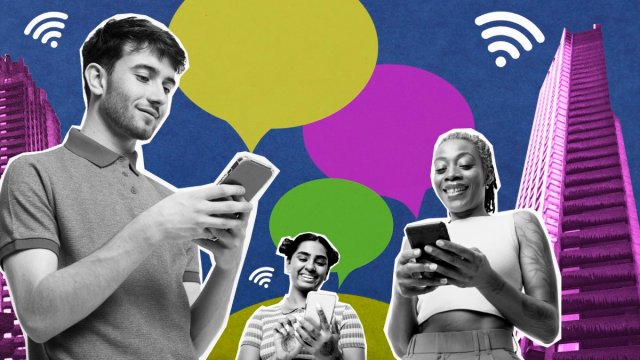 You don’t have to look far to find a story about the toxic influence of the World Wide Web.

But it’s not all bad. Turns out Australians have a thirst for knowledge, resulting in Wikipedia being crowned the most-visited website in the country.

Brand familiarity likely plays a role in why Wikipedia gets so many hits, says RMIT Associate Professor Mark Gregory.

“Wikipedia will generally appear in the first three outcomes of a search on Google,” Professor Gregory said.

“And therefore, people tend to click on it because of its familiarity.”

He also points out that the website is very popular among school students, who use it as the first port of call when looking up information.

Our neighbours in East and South-East Asia spend most of their time on Twitter.

Japan has the world’s second-highest number of active users, although Livedoor is Japan’s most-visited website. 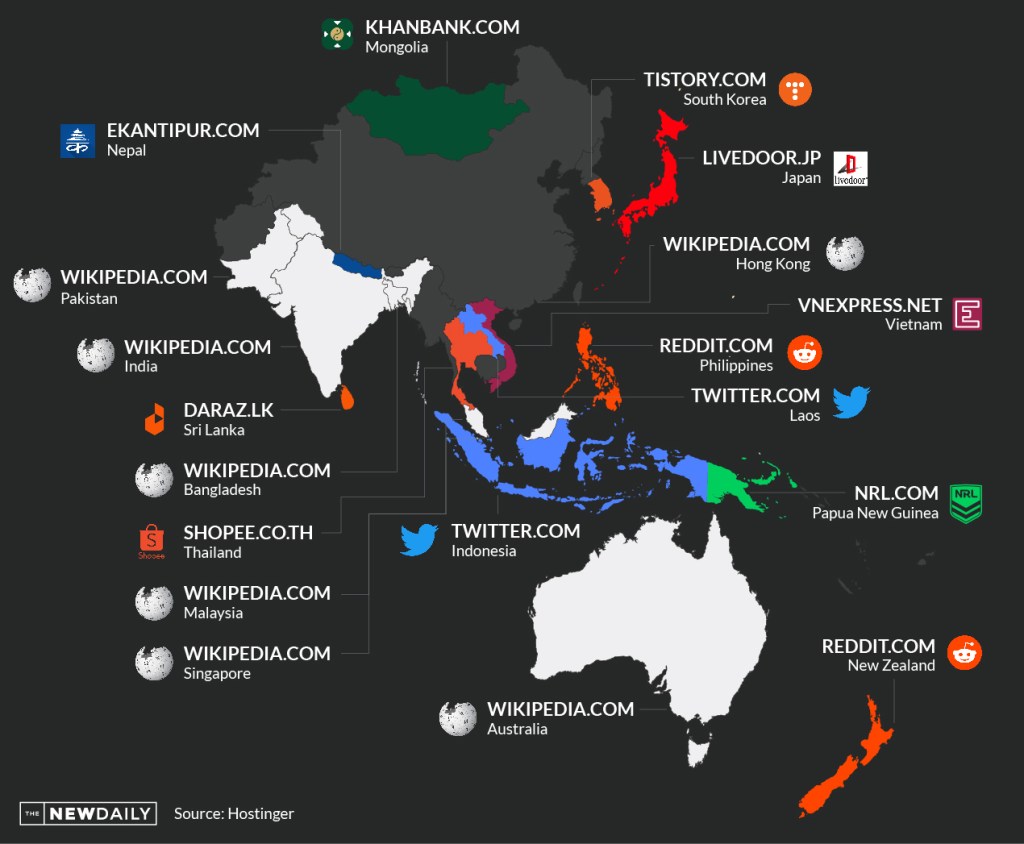 How we use the internet

So Wikipedia might be Australians’ website of choice, but what other online habits do we have? What are some of our other go-to websites?

Well, after Wikipedia, the most popular website globally is Twitter, with 10 different countries visiting the social media site more than any other online destination.

Amazon comes in third place, which is unsurprising given its dominance in the e-commerce space.

Professor Gregory says COVID-19 was a game changer in the space, shaking up how people buy and sell goods and services.

“We’re seeing a lot more online e-commerce,” he said. “Think of Uber and Uber Eats and all those other services, which people came to rely on during COVID …”

Burgeoning electronic networks mean brands and companies need to think carefully about how they present themselves online and the functionality, and accessibility, of their websites and apps.

“It’s important for companies to stay up to date with the latest trends amongst users to provide a suitable service and also to remain relevant,” Professor Gregory said.

“They need to say ahead of the curve. Otherwise, they will go the way of AltaVista and Myspace.”

On the fashion front retailer Myer has the Australian competition stitched up.

“We have continued to invest in customer experience and our leading loyalty offer in Myer One, which has provided the foundation for growth and underpinned the strength of our multi-channel offer,” he said.

Chinese fast fashion store Shein is popular at home and abroad, being the most common apparel and fashion website in 26 countries.

This year BigCommerce funded a consumer survey of more than 4000 online shoppers over the age of 18. Of those shoppers, 80 per cent said they purchase apparel and clothing using phone apps or web browsers.

When it comes to tucker and a tipple, finding a trusted grocer is a must.

But if we’re talking globally, then all-recipes is the trusted (not so secret) source – it’s the top food site in seven countries across four regions.

The Seattle-based company started out as a website with cookie recipes, then moved on to other cuisines and eventually became a site with “general” recipes and a social media component.

Thanks to the internet, banking is so easy.

Online banking and mobile apps allow us to spend like there’s no tomorrow, all with a button click.

According to Statista, 2.2 billion people regularly use digital banking services, so it’s no surprise that banking websites attract a lot of traffic.

In Australia, CommBank is the most popular banking website.

While no one banking service dominates globally, foreign exchange services company Xe is the most-visited financial website in the world.

News and where people go to get it can be a polarising topic.

But you can’t argue with facts, and the fact is that the British Broadcasting Corporation’s (BBC) website is the most-visited news page in 12 countries, more than any other in the world.

In a fast-paced, globalised world, breaking news coverage has never been more critical.

According to Reuters, online news sites are the primary news source for over half the planet’s population.

The most popular site in Australia, according to Hostinger, is news.com.au.

The post Popular websites: Where we’re hanging out online appeared first on The New Daily.