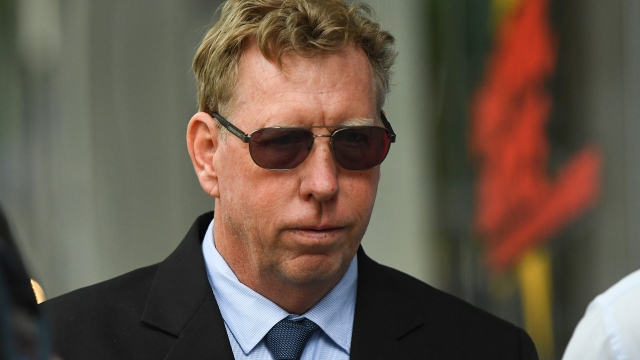 A police officer has admitted escorting his daughter across the Queensland border illegally when travel was restricted during the COVID-19 outbreak.

Robert William Eickenloff was on duty as a senior constable with the Road Policing Command when he rode his motorcycle into NSW to accompany his only child across the border at Tweed Heads-Coolangatta in September last year, a Brisbane court was told on Thursday.

His then 20-year-old daughter had applied for special entry into Queensland on September 12 after months working as a ski instructor in Thredbo.

At the time access was restricted to people who lived near the border and had a special purpose to travel interstate.

The now 56-year-old – who was sworn into the Queensland Police in 2004 – met his daughter in NSW when she approached the border three days after she made her application.

Eickenloff told an officer at the checkpoint that he had confirmed the woman’s paperwork was “all good” so her vehicle was waved through.

“It is likely that had you not intervened to enable your daughter to avoid scrutiny at the checkpoint that she may well have been prevented from crossing the border,” Judge Allen told Eickenloff.

“Your abuse of your office permitted her to avoid those legal restrictions which were designed to safeguard the Queensland community in the circumstances of COVID-19 transmission at that time.”

Eickenloff’s daughter returned home, but a checkpoint officer made a report saying that from the inside of the woman’s vehicle she appeared to be moving home.

Once the breach of health orders was detected, she was fined $4135 and put into hotel quarantine for the mandatory two weeks.

The court was told Eickenloff was concerned about his daughter’s mental state and isolation from family while in NSW. A psychiatrist also found his thinking had been affected by then undiagnosed post traumatic stress disorder.

Judge Allen said Eickenloff, as a police officer, had clearly committed a gross breach of the trust placed in him by the community.

Many people were affected by restrictions and there were stories of distress due to separated family members as a result of restrictions, he added.

“One might think that those persons who suffered in that manner would be outraged that a police officer entrusted with enforcing such laws used his position as police officer to avoid them.”

Eickenloff’s barrister Troy Schmidt argued his client’s actions were those of a loving father in unprecedented times who acted as any father would.

“But the point of the matter … is that not every father could,” Judge Allen said.

Judge Allen said Eickenloff was emotionally vulnerable in his response to the plight of his daughter partly due to his valuable service to the community as a police officer.

Eickenloff was stood down without pay over the incident before resigning in March and has worked for about two months as a bus driver.

Judge Allen sentenced Eickenloff – who pleaded guilty to one count of misconduct in public office – to 120 hours of community service to be completed within a year.

No conviction was recorded.